Forget The Race To Space: We Are All In A Race For Food And Water 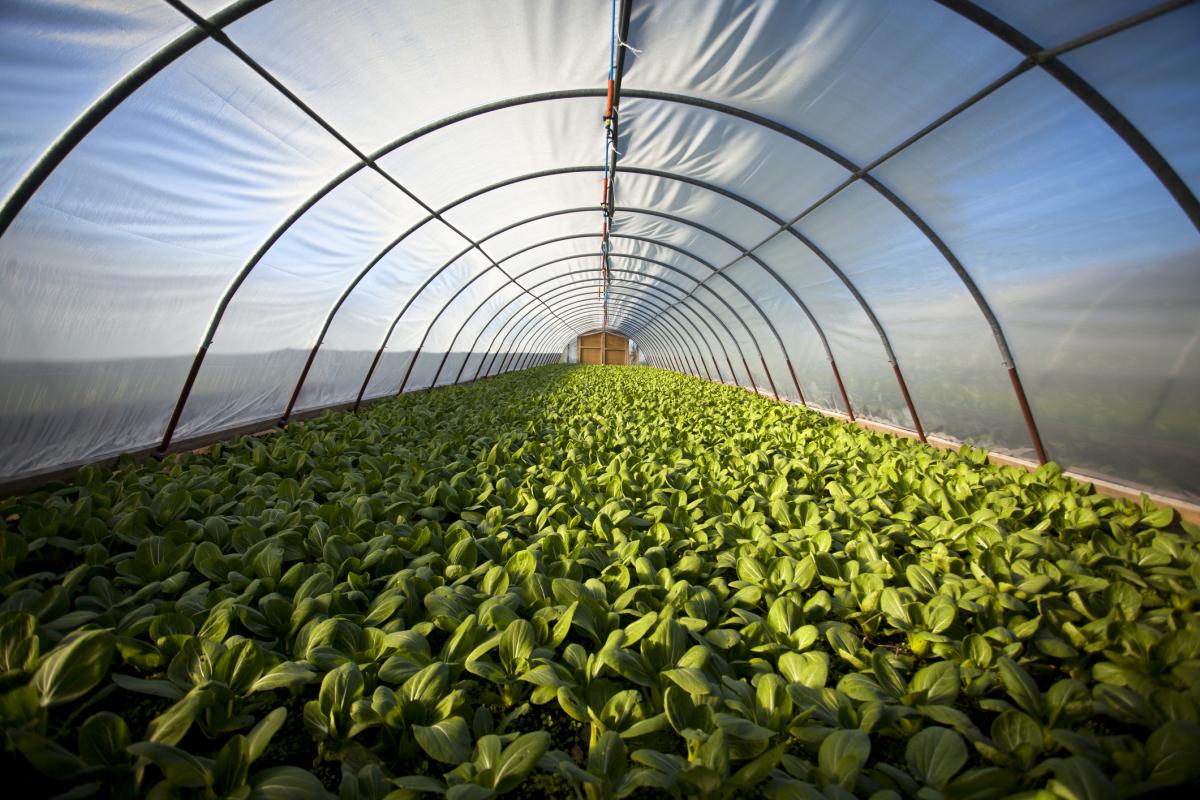 By Elysabeth Alfano, CEO of VegTech™ Invest, the advisor to the VegTech™ Plant-based Innovation & Climate ETF and Kübra Koldemir, founding partner at SustainFinance and a sustainability researcher at Argüden Governance Academy.

Food is not only nourishing and vital for our survival, but it also conjures up some of our most cherished memories. As the world contemplates food insecurity issues brought on by climate change, the inefficiency of our food supply system and political tensions, investing in a safe and secure food future resonates with all of us, governments and individuals alike.

Russia’s invasion of Ukraine, the world’s leading producer of sunflower seeds, the sixth producer of corn, and the ninth producer of wheat and soy, shows us, in addition to the devastation of the Ukraine war, that our food supply systems are fragile.

Food instability isn’t just a product of war. The Middle East, Singapore, China, and parts of Africa currently experience food insecurity.  With valuable resources like water in short supply due to climate change and world angst at an all-time high, it is understandable that many countries would like to maintain a self-sufficient food supply and mitigate their food insecurity risk. Covid and its impact on supply chains has underscored the same need.

As the U.N. projects the global population to grow from 7.7 billion people to 9.7 billion people by 2050, many countries have begun planning for more mouths to feed and a more efficient, nutritious, faster, and prolific way to feed them.  Investing in research into resource-saving technologies such as plant-based innovations, precision and bio-mass fermentation, and cellular agriculture is a path to food security.  Canada, for example, announced that it would invest $100 million in its plant-based industry. The European Union announced it would invest 10 billion Euros in a green transition program focusing on plant-based proteins.

For countries that naturally have food insecurity issues, finding a more efficient way to produce food is a strategic imperative. Singapore can only produce 10% of its food and imports the rest. Because its food supply chain is very susceptible to pandemics and regional political squabbles, Singapore is emerging as the Asian food tech capital, investing $72 billion in its ’30 by 30’ plan to produce 30% of its nutritional needs locally by 2030.  Of note, Singapore made history when, on December 2nd 2020, it became the first country in the world to give regulatory approval for the sale of cell-based meat by Eat Just, Inc.’s Good Meat.

Israel is also taking a global leadership role in alternative proteins and plant-based innovation.  Former Israeli Prime Minister Benjamin Netanyahu has directed government officials to appoint a body to support these innovation industries by connecting key stakeholders operating in this field, including but not limited to universities, government agencies, and entrepreneurs.  According to the Good Food Institute, the Israel Innovation Authority announced its plan to allot a portion of a $69M investment to a cultivated meat consortium composed of companies and research institutions.

The Netherlands, too, is championing the advancement of cultivated meat.   A leader in food innovation and home to Most Meat, the first company to debut a cultivated meat burger, the Netherlands has just pledged 60M Euro to develop a cellular agriculture ecosystem.

According to Reuters, in China, “Food security has long been regarded as a major source of political legitimacy for the ruling Communist Party.” China’s arable land is shrinking, making the country increasingly dependent on the rest of the world to feed its 1.4 billion people.

China has committed to a 50% reduction in meat consumption and supports foreign and local investment in plant-based alternatives and even microalgae.  Even while at the same time, it is also encouraging foreign investment in livestock and poultry breeding.  Most recently, China’s five-year agricultural plan called for cultivated meat.

With national security and political strength in mind, U.S. Congressmen Khanna (CA) and Krishnamoorthi (IL) are proposing the Security of the Economy, Climate, and other U.S. interests with Recent and Existing Food Alternatives (SECURE Food) Act.  Further, there may be a first-ever White House action plan for global water security brewing, according to Axios, because “External conflicts over water pose a threat to national security, as well as international relations.”

Forget the Race To Space. We’re In a Race For Food and Water

With a growing global population, global warming, and dwindling resources, we are all in a race for food and water. With fewer countries potentially less willing or able to share or trade food in the future, the food supply may soon become a geopolitical issue and an environmental and health issue. Ultimately, it is possible to foresee that wars will be fought over food and water, as is the case with Syria, and true geopolitical power will be held by those who control the global supplies. This hits home for governments and individuals alike.

From Covid to war and rampant inflation, many around the globe have been uncertain and fearful about the next steps, particularly when it comes to investing.  Impact investing is a way to align one’s dollars with one’s vision and values for the present and future. Investing in Plant-based Innovation and Alternative Proteins allows people to invest for themselves and their families in a way that is meaningful with outcomes visible in their lifetimes.

As this investment sector grows along with the shift of the food supply system to be more sustainable and efficient, so will the capital that aligns with this early-stage secular trend.

We have no time to waste. To quote the recent IPCC report, “It’s now or never.” 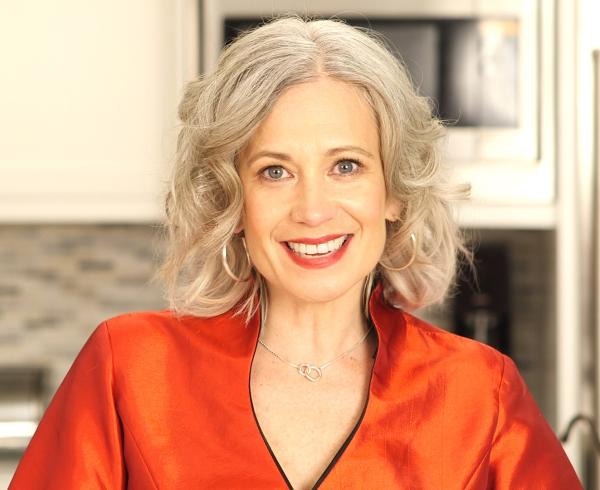 Elysabeth is a plant-based industry expert and speaks globally on the intersection of sustainability and our global food supply system, including recently at the U.N. Global Leaders Compact Summit.

She is the CEO of Plant Powered Consulting, and advises multinationals and C-Suite Executives on the industry landscape, direction and whitespaces.  Finally, Elysabeth hosts the Plantbased Business Hour, which features the CEOs and thought leaders in the industry.  The Plantbased Business Hour is considered, “The Gold Standard” for those who want to understand, participate in, and capitalize on this secular trend. Linkedin here.

Kübra Koldemir is a founding partner and business writer at SustainFinance. She has written numerous sustainability articles that have been published in various global publications. She holds an additional position as a sustainability researcher at Argüden Governance Academy.

Koldemir started her financial career in 2006, working as an investment analyst in New York City, first at a long-only fund and later at a hedge fund with $1 billion in assets under management (AUM) that specialized in financial service companies. Focusing on international investments, she assessed the strategy and results of numerous multinational corporations across several sectors.

Koldemir holds a BA in international relations from Mount Holyoke College and an executive MBA degree from the University of Texas at Austin. 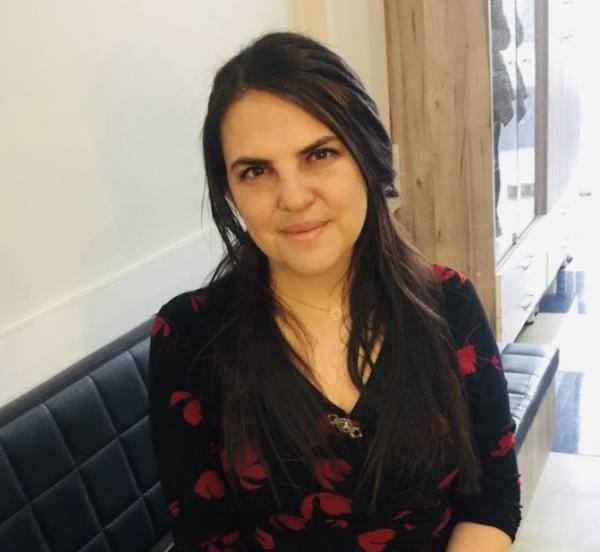