What’s the Best Factor for High Inflation Periods? – Part I 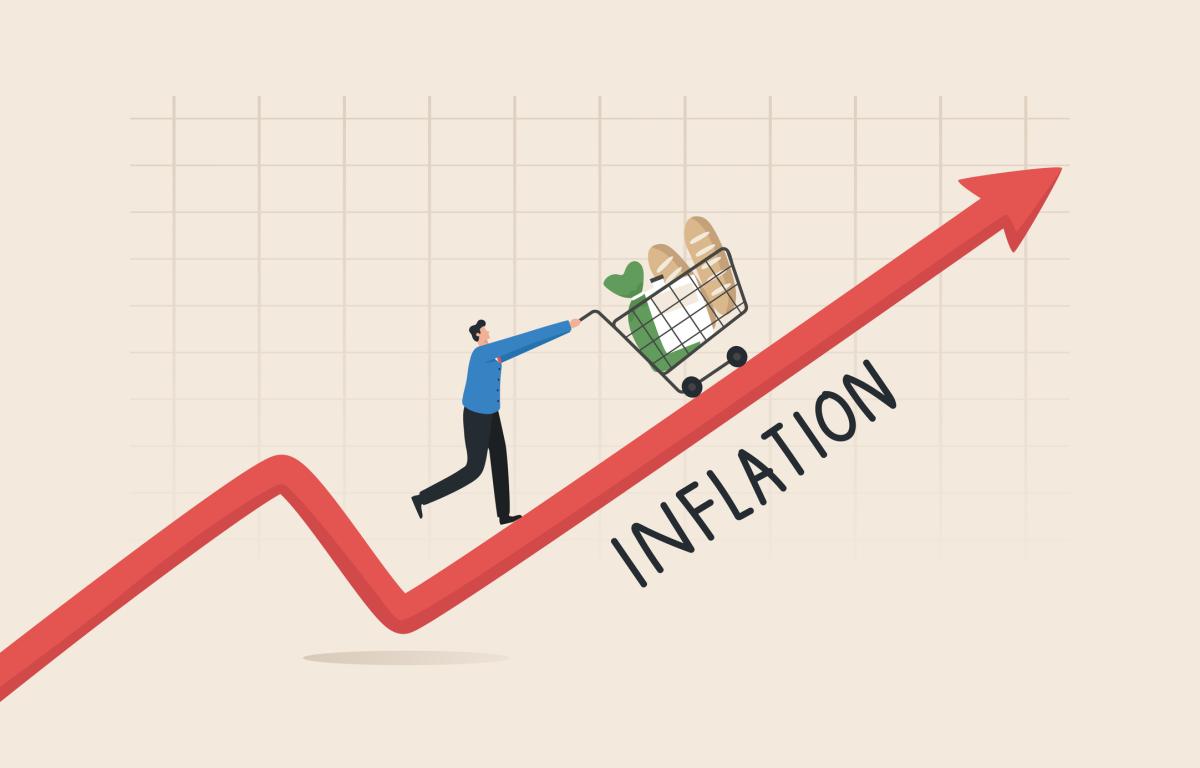 By Daniela Hanicova, Quant Analyst and Product Developer at Quantpedia.

In this article, we analyzed the Consumer Price Index from the Federal Reserve Bank of Minneapolis, which includes the rate of inflation in the USA since 1913. Firstly, we calculated the top quintile and looked at which years inflation was higher. Therefore, we consider years with inflation above 5.62% high-inflation years. 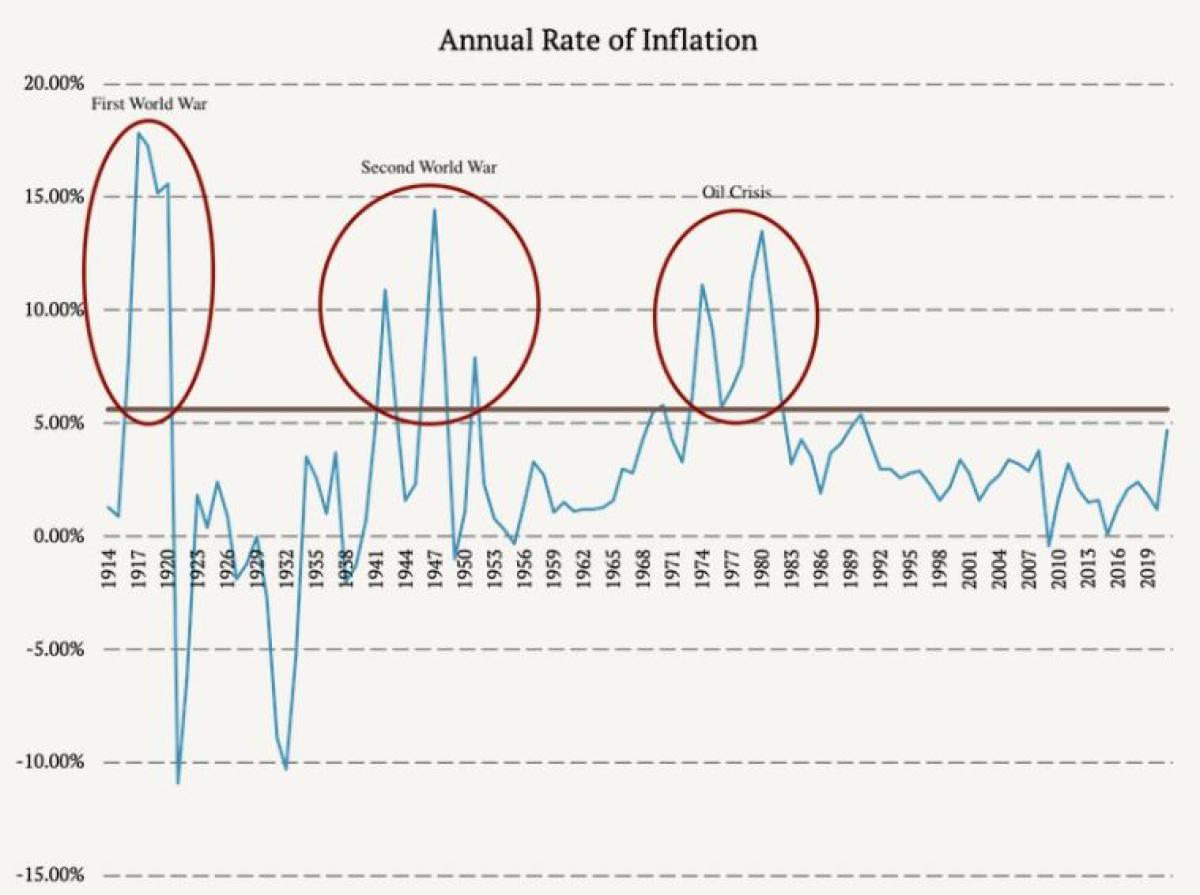 As previously mentioned, geopolitical conflicts tend to trigger high inflation, and the first world war was not an exception. The annual rate of inflation before and at the beginning of the 1WW was around 1%. However, it rose to 7.7% in 1916 and 17.8% in 1917. The inflation rate stayed abnormally high until 1920 and fell to deflation (-10.9%) in 1921. Unfortunately, we do not have factor performance data from this period, so this period is excluded from further analysis.

As you might have expected, the following high inflation period occurred during and after the second world war. The annual inflation rate started to grow in 1941 and reached 10.9% in 1942. As the war ended in 1945, inflation was unexpectedly low. However, it rose again in 1946 to 14.4%. The rapid post-war inflationary episode was caused by the elimination of price controls, supply shortages, and pent-up demand. Additionally, in 1951, the Korean war started. Overall, the average inflation between 1942 and 1951 was 5.94%.

The last high inflation period we analyze is the period around the 1973 oil crisis. The crisis was a direct consequence of the Arab-Israeli War. Arab members of OPEC (the Organization of Petroleum Exporting Countries) restricted the U.S. because of their relationship with Israel. The U.S. was re-supplying the Israeli military to gain leverage during the post-war peace negotiations. The inflation rate rose from 3.3% in 1972 to 6.2% in 1973 and 11.1% in 1974. It stayed abnormal until 1983 when it fell to 3.2%. But high inflation in this period can’t be just blamed on the geopolitical situation; some steps of the FED were probably also the source of the inflation problem.

The second world war and the 1973 oil crisis are the main subjects of this article. We analyze the Fama and French 3 Factors (Mkt, SMB, HML), Momentum, Short-Term Reversal Factor, Long-Term Reversal Factor, and 10 Industry Portfolios during the time of the events. We exclude the first world war, as we do not have data for this period.

The figures in this section follow a color scheme:

so that it is easier to recognize individual years.

Firstly, we analyze the market’s movement during the abovementioned one-year periods. The following figure illustrates the equity curves of the market. The black curve represents the market’s average performance during the individual years. On average, the yearly performance of the market portfolio is 3.28%. While the average market performance is not small, it is definitely smaller than in the years when the inflation is not so high. The distribution of yearly returns is nearly symmetrical, but it seems that the 1970s were worse than the 40s or 80s. 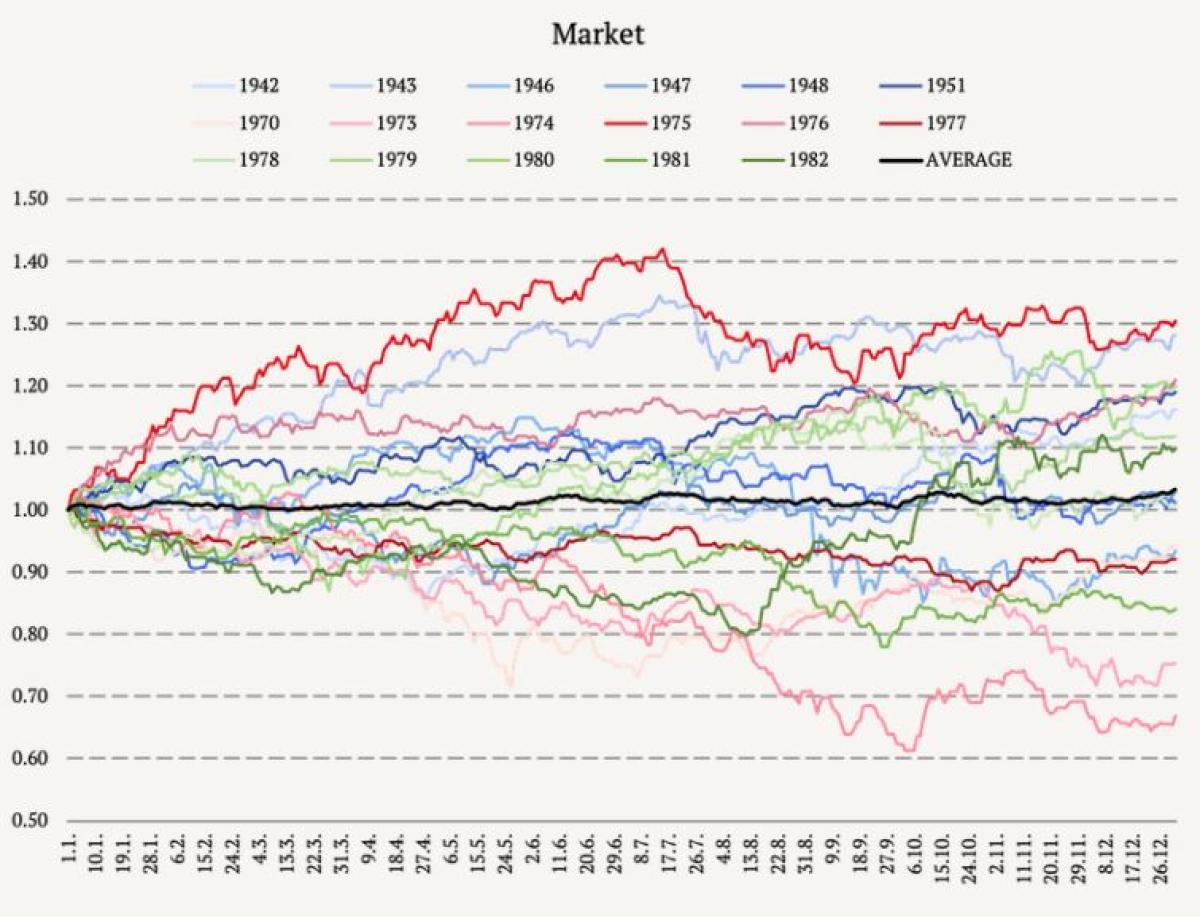 Secondly, we look into how safe-haven assets would behave during the years of high inflation. We use the 10 Industry Portfolios to create a bond-like portfolio by going long utilities and shorting the average of the nine industries ex. utilities. The long-short portfolio should have a bond-like payoff. On average, the yearly performance of such safe-haven portfolio is 2.07%. Here, the pattern is clear, the worst performance was in the late 70s and the beginning of the 80s when the inflation shot up, and the FED started to increase short-term interest rates to over 10%. 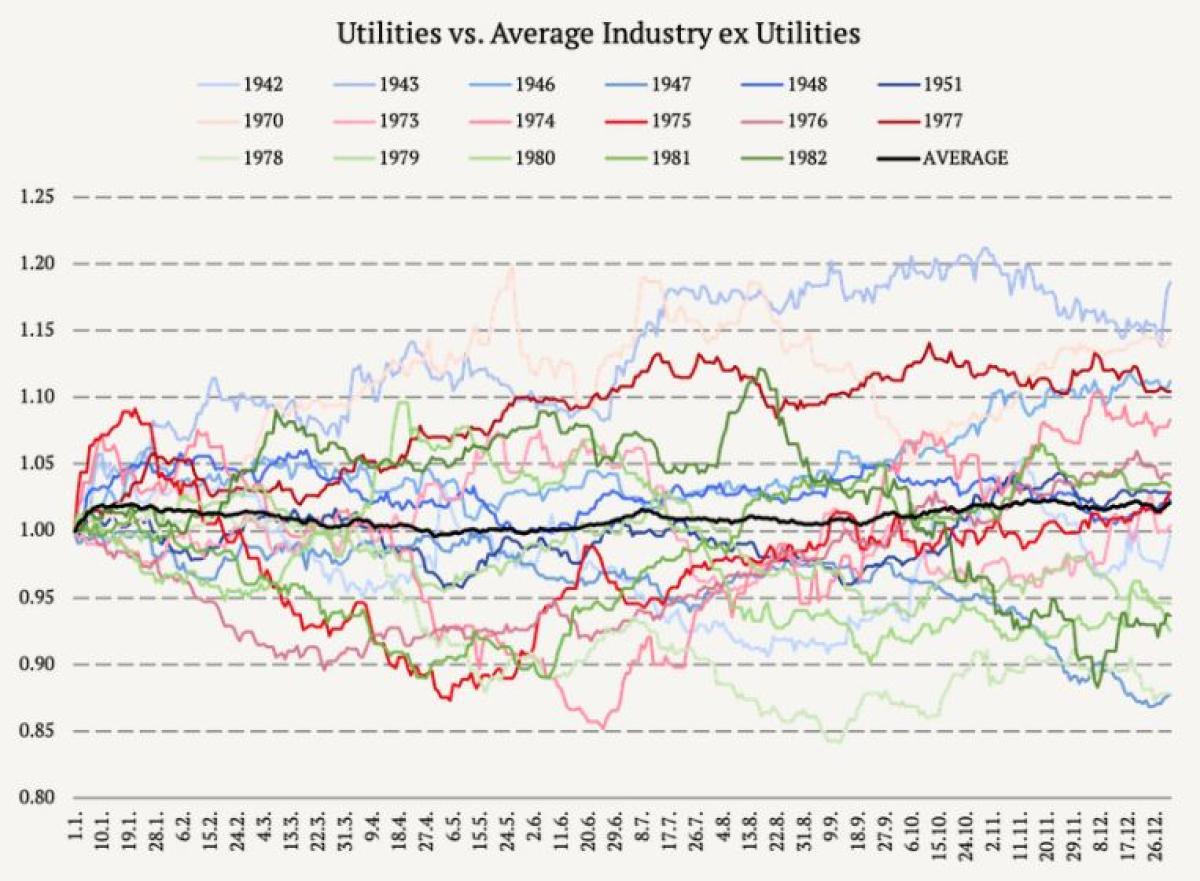 Additionally, we examined the energy prices proxy/ crude oil proxy by calculating another long-short portfolio. Again, we analyze the 10 Industry Portfolios, and we calculate a portfolio that goes long energy and shorts the average of the nine industries ex. energy. On average, the annual performance of the energy price proxy is 6.37%. It’s not unexpected; the energy stocks are a natural hedge for the period of high inflation. The performance was nearly always positive; the only really bad years for energy stocks were 1981 and 1982, the years at the end of the 1970s and 1990s high inflation cycle. 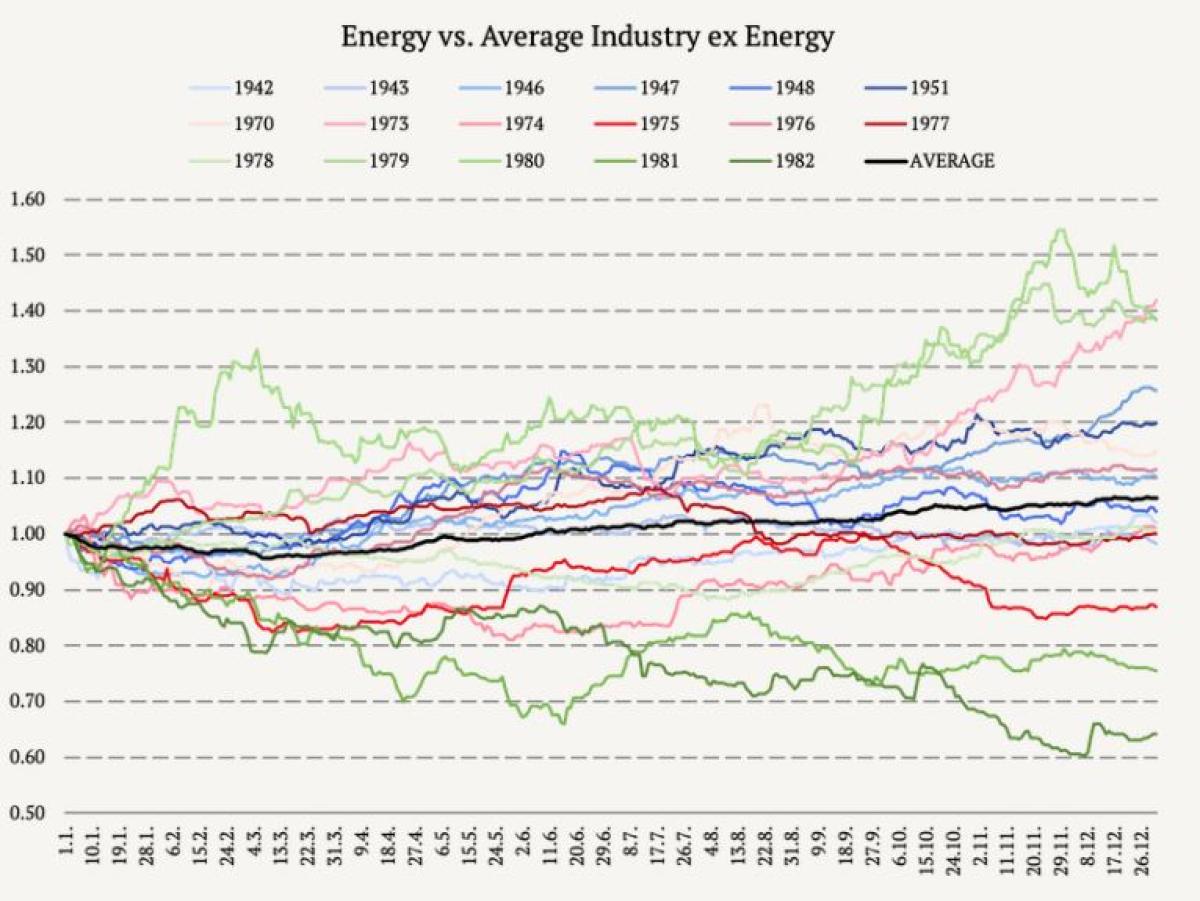 Furthermore, we examined the tech prices proxy by calculating another long-short portfolio. Again, we analyze the 10 Industry Portfolios, and we calculate a portfolio that goes long tech and shorts the average of the nine industries ex. tech. Overall, the tech industry performs the worse during the high inflation periods. On average, the annual performance of the tech price proxy is -1.01%. This finding is probably the most important of our analysis. The tech sector is usually hit more than the sector of utilities; that is probably caused by shrinking the P/E ratios for high growth stocks. Tech stocks have usually higher implied duration, which causes their underperformance as rising inflation and rising rates are constantly re-pricing the future value of tech stocks. 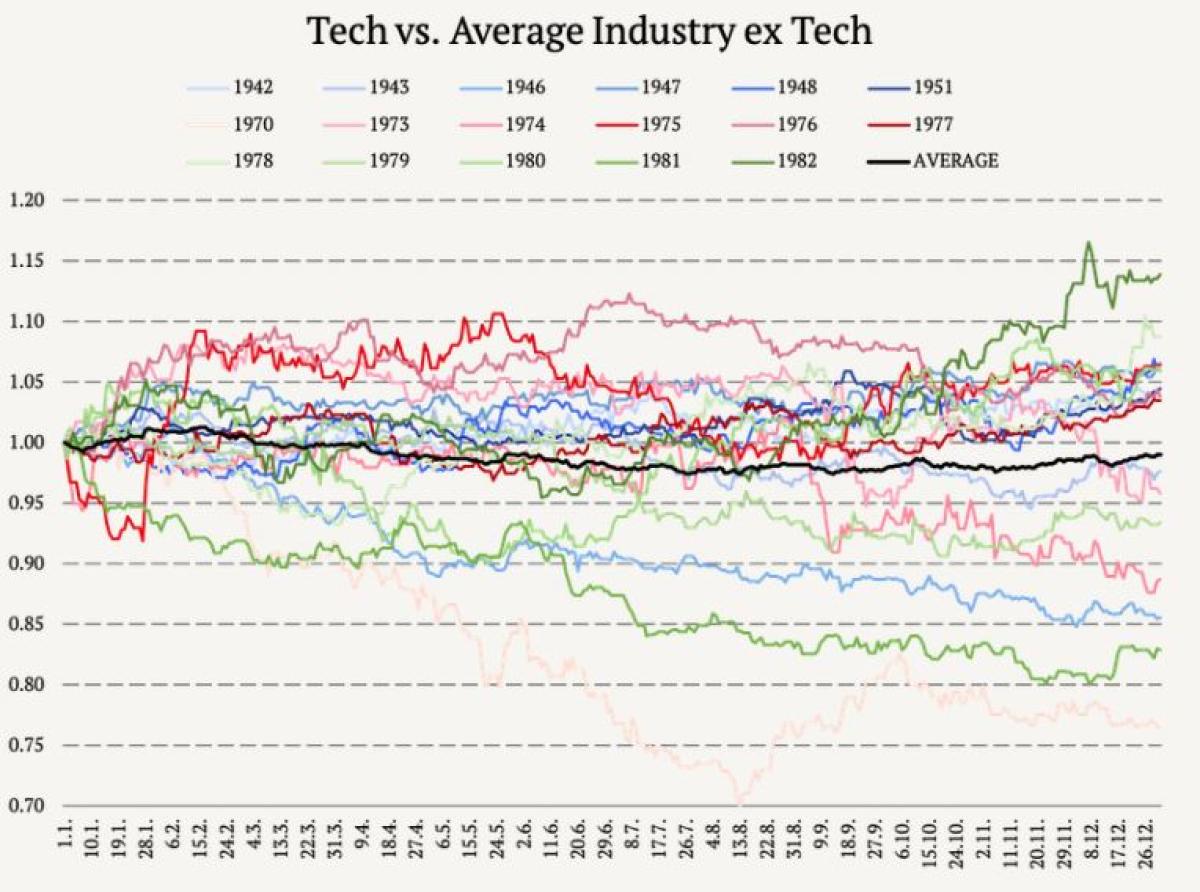 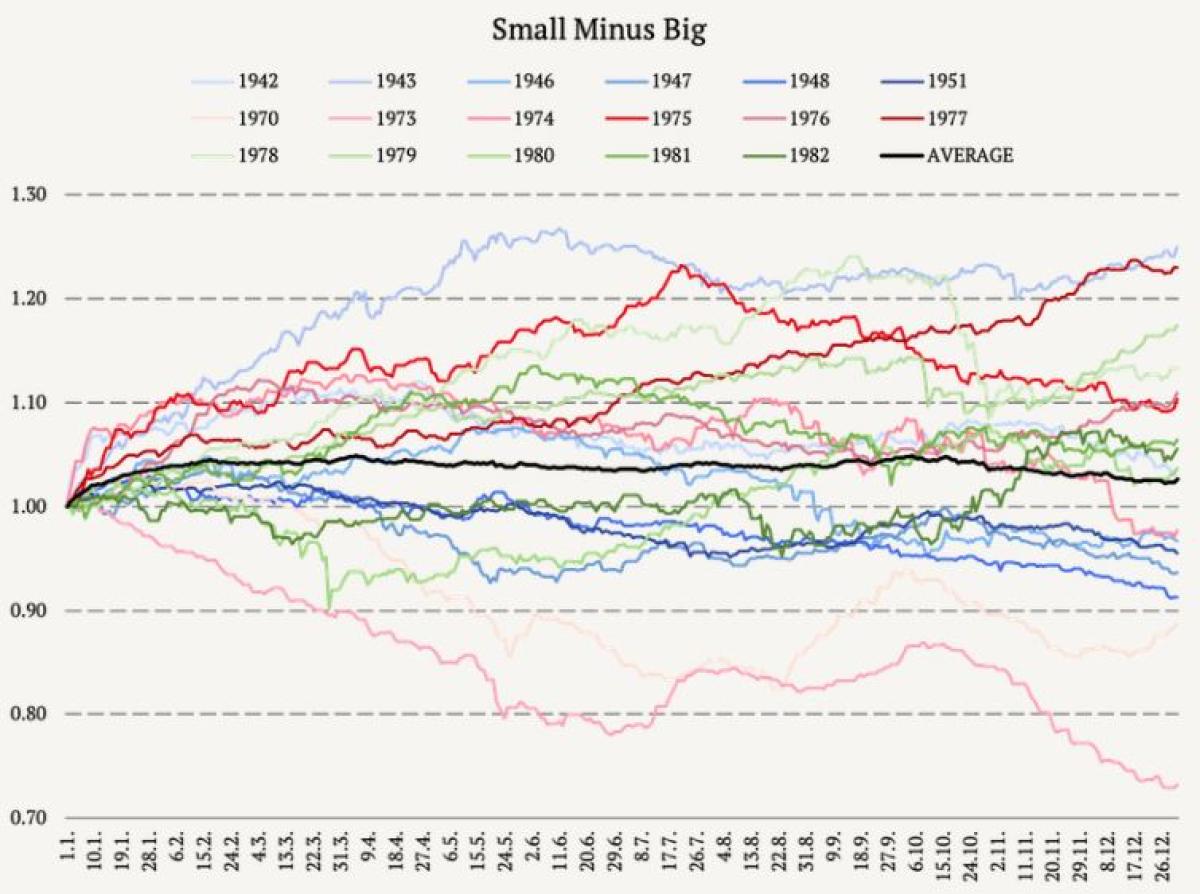 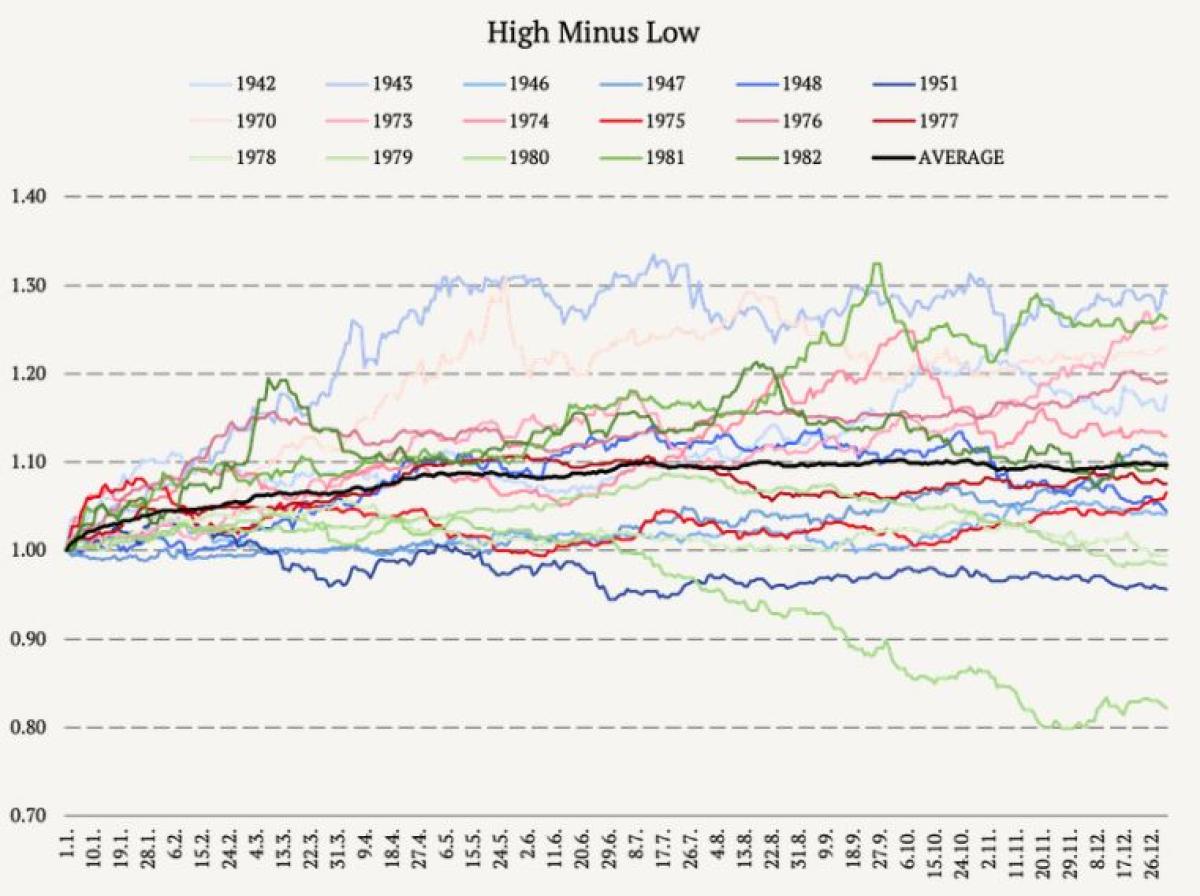 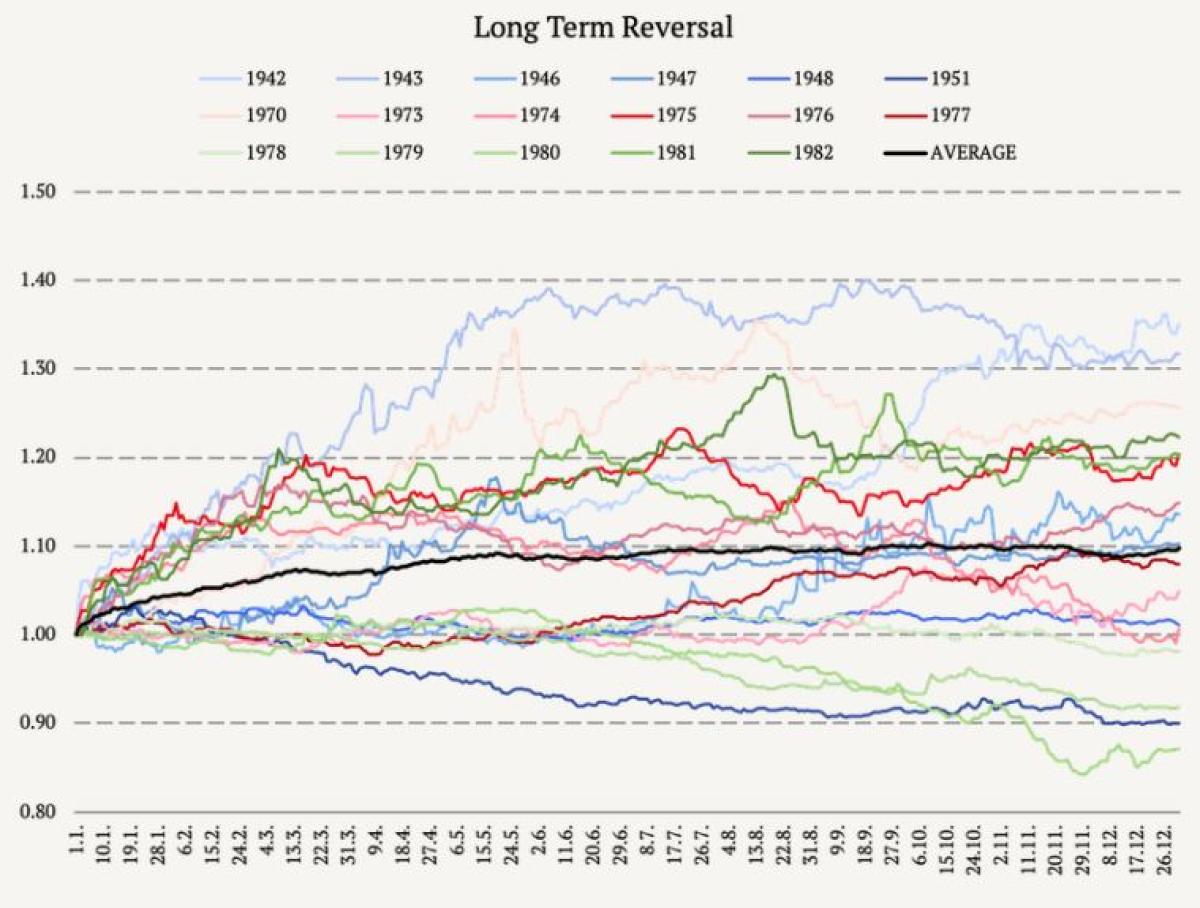 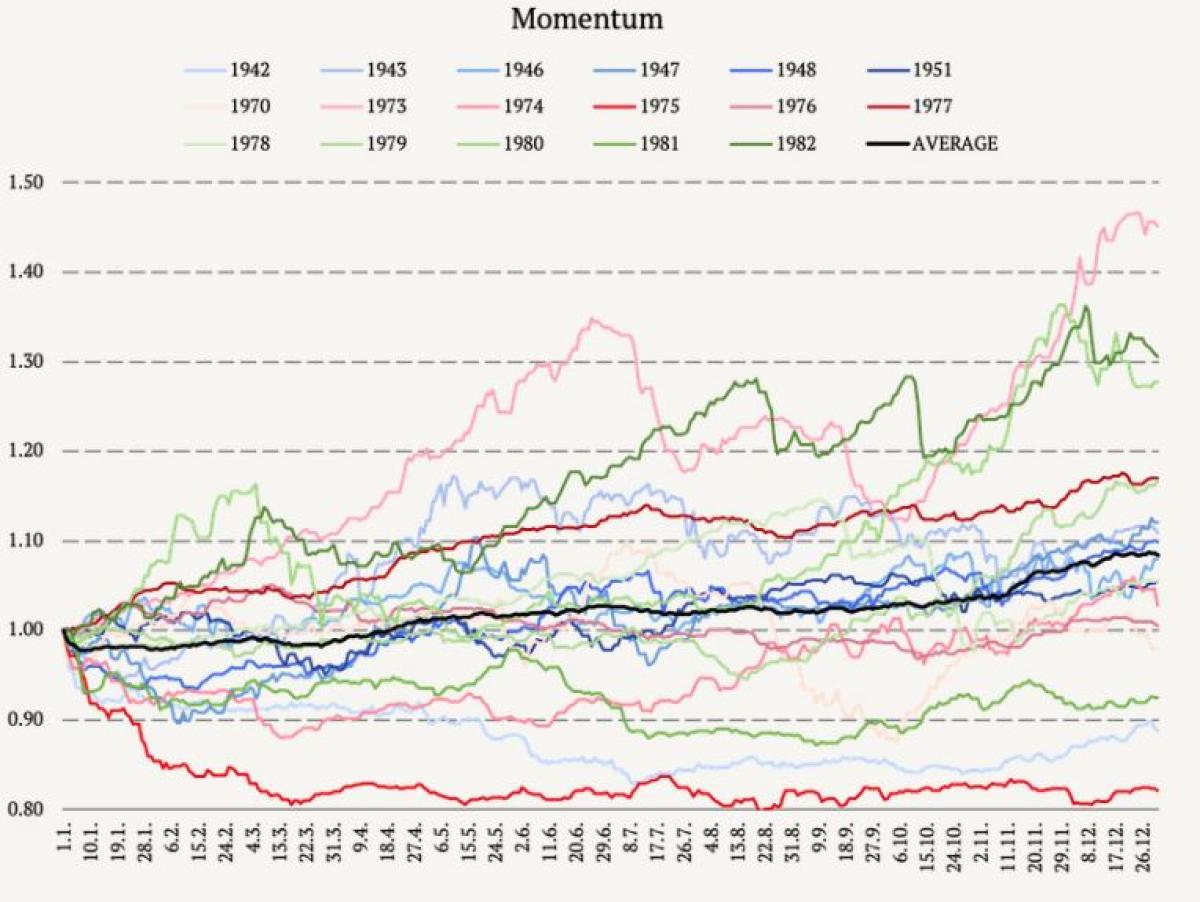 We analyzed the Fama and French 3 Factors (Mkt, SMB, HML), Momentum, Long-Term Reversal Factor, and 10 Industry Portfolios during the above-mentioned periods, excluding the first world war, as we do not have factor’s performance data from this period.

However, all graphs show a large variance between the performance of individual factors over the years. Even though the average yearly return is higher/lower compared to the market’s return, the performance during individual years can vary significantly.

Another period of sustained high inflation is probably right around the corner, as the Russia-Ukraine Conflict keeps evolving, and its end is nowhere to be seen. So it would probably be wise to prepare for it.

Daniela Hanicova is a graduate of Comenius University, Bratislava, Slovak Republic, with a Master's degree in Probability and Statistics. Currently working at Quantpedia as Quant Analyst and Product Developer. 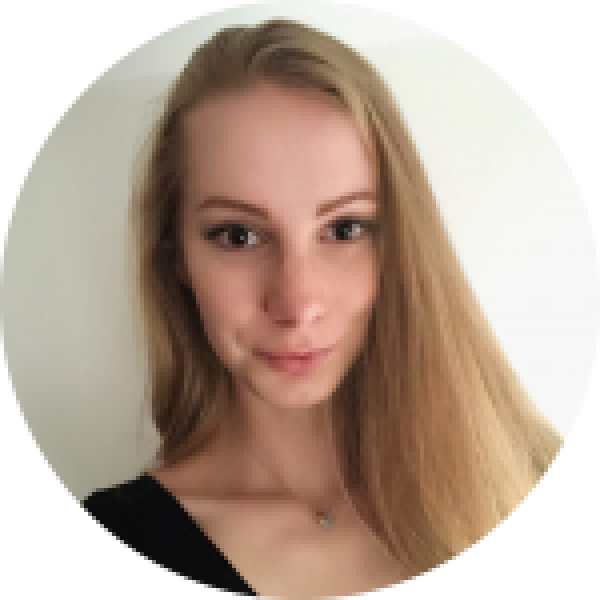