Rising Interest Rates & Yields: What This Means For Your Farmland Portfolio 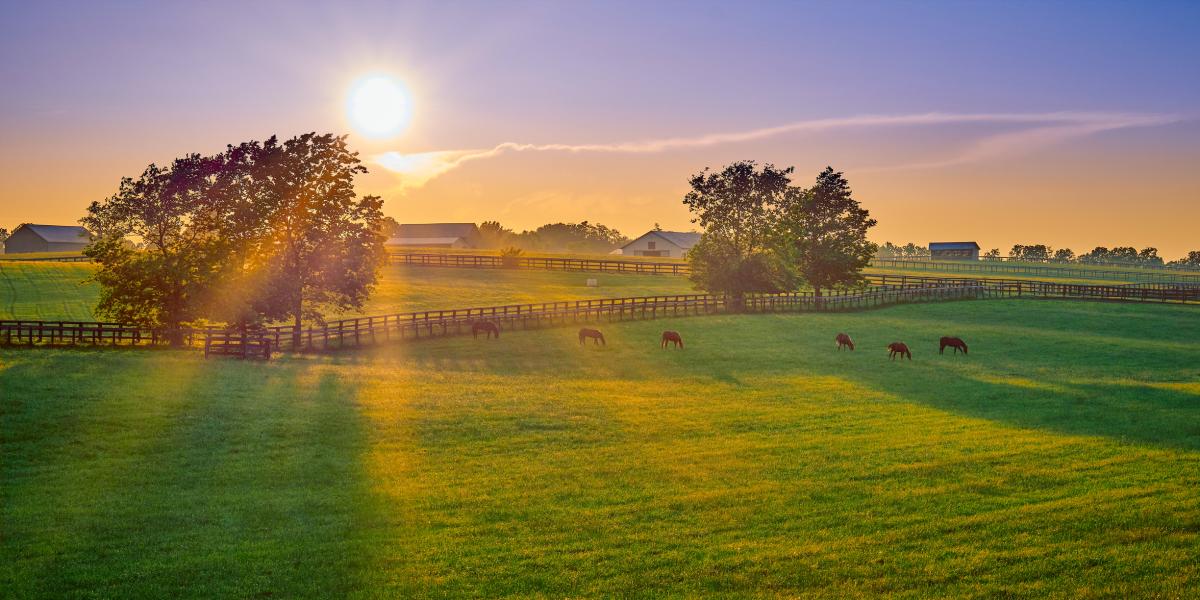 After heavily stimulating the economy during the COVID-19 pandemic through fiscal stimulus and eased monetary policy, inflation hit 8.6% in May. To combat rising prices, the Federal Reserve is taking several steps to constrict the money supply by making it more difficult and expensive to secure credit. In May 2022, the Federal Reserve ordered the largest rate hike in over two decades.

With inflation still higher than preferred, the Fed is expected to continue raising interest rates throughout 2022. In fact, following the June 2022 Fed meeting, the federal funds target rate range was raised to between 1.5% and 1.75%.

With most estimates placing the year-end benchmark rate above 3% by year-end, let’s explore what happens to the economy when the Fed raises interest rates and how this can impact your farmland portfolio.

What Happens When the Fed Raises Rates

There are a number of economic impacts that occur when the Fed raises interest rates.

The Fed’s decision to increase its target rate will have a direct impact on credit card rates, at a time when consumers are already feeling the pinch of higher prices. This is because the prime rate, which most credit card variable annual percentage rates (APRs) are based on, is tied to the federal funds rate. When the prime rate goes up, credit card interest rates will, too. In June 2022, the average credit card rate reached 16.98%. The last time credit card rates were this high was March 2020, right before the Fed began easing policy in response to the COVID-19 pandemic.

When interest rates rise, banks often charge more for business loans, which hampers growth and expansion. Last month (May 2022), the average business loan rate was 5.12%, up from 2.93% the previous year.

While federal student loan rates are usually fixed – and therefore protected from rate hikes – private student loan rates will typically increase as they are often pegged to LIBOR, the prime rate, or Treasury bills. For the 2020-2021 academic year, the average student loan rate was 2.75%; the following year, average direct unsubsidized rates reached 3.73%.

Rising rates do have some upside, however, as annual percentage yields (APYs) on savings accounts and certificates of deposits tend to rise. As the Fed raises its rate, financial institutions often must raise their deposit rates to remain competitive and attract deposits. Between March 2022 and May 2022, the average online 1-year certificate of deposit yield increased from 0.67% to 1.49%.

As mentioned above, rising interest rates can lead to higher borrowing costs for consumers, businesses and even the government. For investors, rising rates can have significant portfolio implications, too.

Here’s how interest rate hikes can impact some of the most popular investments.

Fixed-Income/Bonds
Bonds and interest rates have an inverse relationship. When rates rise for an extended period, bond prices decrease in order to make the overall yield of the fixed-income security more attractive compared to its fixed coupon rate. During the last five periods of rising interest rates (excluding the current period), the U.S. bond market’s highest return was just 3.09%. The last three times the total U.S. bond market experienced negative returns all occurred during periods of tightening monetary policy.

Investors can get creative with their bond investments to help shield from falling prices. Short-term bonds, for example, are less sensitive to interest rate fluctuations, as the duration of the security is less likely to be impacted. Investors can also seek inflation-specific securities, such as Series I savings bonds, which are currently guaranteeing 9.62% through October 2022.

Equities/Stocks
Meanwhile, rising rates do not have a direct correlation to stock prices. In fact, equity markets have been historically resilient during prior periods of rising rates. Dating back to 1989, the Dow Jones, NASDAQ, and S&P 500 have still generated positive annual returns during hike cycles.

However, so-called ‘zombie companies’, firms that roll over their debt with continued access to credit markets, will likely struggle. These firms, which comprise 16% of US firms, will no longer have access to the easy credit that they’ve been dependent on. Additionally, it will become more difficult for growth companies to obtain capital, which can impact valuation and stock performance. Present value calculations based on future earnings discount cash flow based on prevailing rates. As those rates increase, future earnings look less attractive due to lower company valuations. Analysts often expect companies with expensive price-earnings multiples to be impacted the most. During the start of the current hike cycle, FAANG stocks lost ⅓ of their combined market cap from January to May 2022.

Real Estate
Lenders have already become more conservative in issuing credit, as average loan-to-value ratios have dropped to around 55%-65% (compared to the average 65%-75%). Commercial real estate, much like bonds, is most at-risk, given the long-term nature of their leases and fixed tenant payments. Non-cash residential buyers are also feeling the strain on mortgages; due to rising rates, a house payment in April 2022 would have cost 38% more than the monthly house payment for the same property a year earlier.

Foreign Assets/Emerging Markets
Typically, when a country raises interest rates, its currency becomes stronger compared to the currency of other nations. Therefore, foreign investors tend to flock to that country and away from their own. In March 2022, emerging markets reported a net cash outflow of $9.8 billion, the first time in over a year that more money had left foreign investors than had been invested.

As foreign economies begin to lose investments, Moody’s recently warned of weakening foreign currency values and heightened credit risk for foreign nations. In January 2022, the International Monetary Fund (IMF) forecast the economic growth of emerging markets to be 4.8% this year. By May 2022, the IMF had already downgraded its forecast by a full percent.

One of the Federal Reserve’s goals when raising rates is to intentionally slow the economy. As a result, like real estate and other real asset sectors, farmland is not immune to the impacts of rate hikes. Though farmland values are expected to be impacted, farmland may be well-positioned to protect investor funds and act as a safe haven compared to other real assets.

Farmers must often incur cash expenditures today to reap cash yields at least 12-18 months in the future. This business structure usually puts farmers at risk of insolvency. However, farms have more liquidity now than in the past, as the average farmland current ratio has increased every year from 2016 to 2021. Although rising rates make obtaining cash financing more difficult and expensive, farmers have been building cash reserves and other liquid assets and are more poised today than in the past to weather their cash needs.

Farmland purchase and operating loan rates may increase by an additional 2% by the end of 2023. However, operating, ownership, commodity, and storage facility loans typically have fixed interest rates, meaning many existing loans are not directly impacted by higher rates.

Compared to prior periods of rising rates, farmers appear less likely to need to sell their property because of unserviceable debt. The sector’s debt service ratio is expected to increase in 2022, and both farm real estate and non-real estate debt is expected to decrease in 2022 when adjusted for inflation. Both metrics indicate farmers are strengthening their long-term financial health. In addition, because only 1-2% of farmland is sold each year, the nature of farmland’s limited supply helps maintain its value.

Farmland operations are also likely to be impacted by rising rates, though there are a few benefits to be had from rate hikes. Because interest rates and commodity prices have an inverse relationship, we can expect commodity prices to begin to fall this year. In fact, the FAO Food Price Index fell for the second consecutive month in May 2022, decreasing 0.6% from the month prior. This is welcome news for farmers. Typically, higher commodity prices will lead to increased global demand for farm inputs such as seeds, livestock, farm equipment, etc., and in turn, higher prices.. On the contrary, lower commodity prices tend to cause a drop in the price of inputs - improving farmers’ bottom line. Wholesale fertilizer prices have dropped 35% since March.

After average production expenses increased 12% from 2020 to 2021, the USDA forecasts expenses to cost only 6% more in 2022. This is largely due to improving supply chain issues impacting farmers. Typically, slowing broad economic activity also tends to put downward pressure on the demand for natural gas. In turn, fertilizer prices tend to fall.

No asset is immune from rising interest rates. However, each asset class is impacted differently, and some investments have the potential to benefit from rate hikes. By diversifying into different asset classes, like farmland, investors can help reduce volatility, decrease losses during market corrections, and improve long-term returns - even as the Fed raises rates.

Artem Milinchuk, Founder & CEO of FarmTogether. Artem has over 10 years of finance experience in food, agriculture, and farmland. Prior to founding FarmTogether, Artem was employee #1 and CFO/VP of Operations at Full Harvest Technologies, a now post-Series A B2B platform for buying and selling produce. He previously worked at Ontario Teachers' Pension Plan, Sprott Resource Holdings, E&Y and PwC. Artem holds an MBA from The Wharton School, and a BA and MA in Economics from the Higher School of Economics. 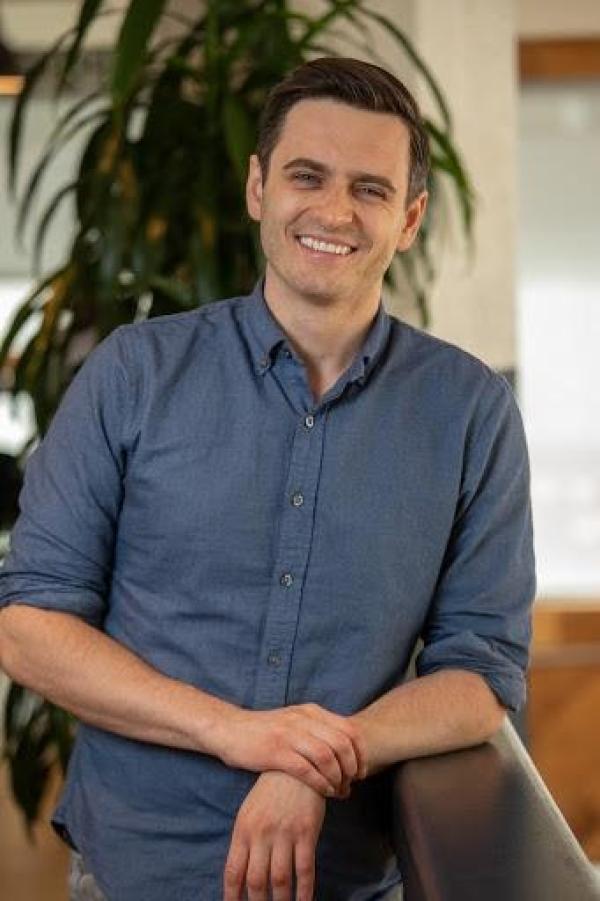