Have Pensions Lost Money on FTX?

What do Tom Brady, Shaquille O’Neal, and at least 15 state or local pension funds have in common? They are all old. And they’ve all lost money on FTX, the crypto-trading platform.

That’s right. At least 15 public pension “funds” managing the assets of 36 retirement systems had made investments in FTX. These investments were made through venture capital or private equity firms. Here is a list of known pension funds that have lost money on FTX:

These are some pretty big pension funds with FTX investments. They are spread across the country and among a complete range of civil servants: teachers, public safety, municipal workers, state agency employees, and elected officials.

But before getting much further, here is a brief backstory on what is going on:

Prior to filing, many investors withdrew their funds from FTX over fears of insolvency. This exodus of capital from their platform exposed a severe mismanagement of assets.

Consumers and organizations used The FTX platform to buy, sell, and trade cryptocurrencies. FTX used their cash deposits into the platform for its own ambitious investments via Alameda Research. Alameda is a related firm started by FTX founder, Sam Bankman-Fried.

Quickly, it became clear there weren’t enough assets to cover all of the withdraws. Ultimately, FTX froze redemptions and filed for bankruptcy.

Why the FTX Bankruptcy Matters for Pension Funds

The failure of a fintech company isn’t uncommon. And there won’t be much sympathy for the superstars or corporations who will have to write down their investments. However, this situation does raise an important question about the risks that state and local pension funds are taking:

There are a lot of ways to invest assets to get good returns, and a lot of private equity and venture capital opportunities. So, why did these pension funds feel the need to take the kinds of risks associated with unregulated cryptocurrency markets?

The national average assumed rate of return today is 6.9%. This is much higher than the 3% to 5% annual returns that private pension funds think they can earn. During the period of time that the pension funds listed above committed money to private capital firms who invested in FTX, some of them were being asked to earn as much as 8% in average annual returns.

In order to hit these ambitious targets, state pension funds reduced their investments in relatively safe assets. In turn, they have increased their allocations to high risk/high reward investments. This includes investments in venture capital funds, hedge fund strategies, and other alternative asset classes.

The Broader Challenge for Pension Funds

In one respect, it is hard to blame the investment fund managers. Making big swings with an investment in a firm like FTX might be the only realistic way to earn large annual rates of return. But those swings don’t always get home runs, much less hits.

When a wealthy individual swings and misses with a private equity investment, their net worth decreases. When a corporation or endowment swings and misses, it reduces the value of their profits or assets.

When a pension fund misses on investments that reduce the value of their assets, it has farther-reaching consequences. It means that contribution rates from pension fund stakeholders might have to increase.

Said more explicitly, it is possible that the FTX bankruptcy could lead to (small) increases in pension fund contribution rates. This means state budgets, school districts and/or teachers, cities and towns, firefighters and county clerks may have to pay more.

We don’t know how much money state and local pension funds have lost on FTX just yet. Many of their investments with private equity or venture capital firms were commitments in the range of $30 million to $50 million. Those funds were then spread across a range of investments.

A large Canadian pension fund with about half the assets of CalPERS said its losses might be as much as $95 million. Whatever the ultimate amounts, though, they will be a small percentage of these multibillion-dollar (or multi-hundred billion dollar) pension funds. So, in practice, there wasn’t enough money invested in FTX from the pension funds listed above to impact their ability to pay out benefits.

But the story about private capital investments from pension funds isn’t limited to FTX. This is a digital canary in pension fund vault. This is just one of the risky bets that public pension funds have taken to try and hit their assumed rates of return.

If more of these private capital bets fail then it could mean effective pay cuts for public workers. Effectively, states could mandate higher contributions or offer lower salary increases. It could mean effective budget cuts for states, cities, school districts, and other public agencies. In some cases, it could even result in reductions in inflation protection for retirees.

If you want to see a complete breakdown of the private equity firms that had taken on money from pension funds to invest in FTX, check out this twitter thread from Equable Institute’s Executive Director, Anthony Randazzo: 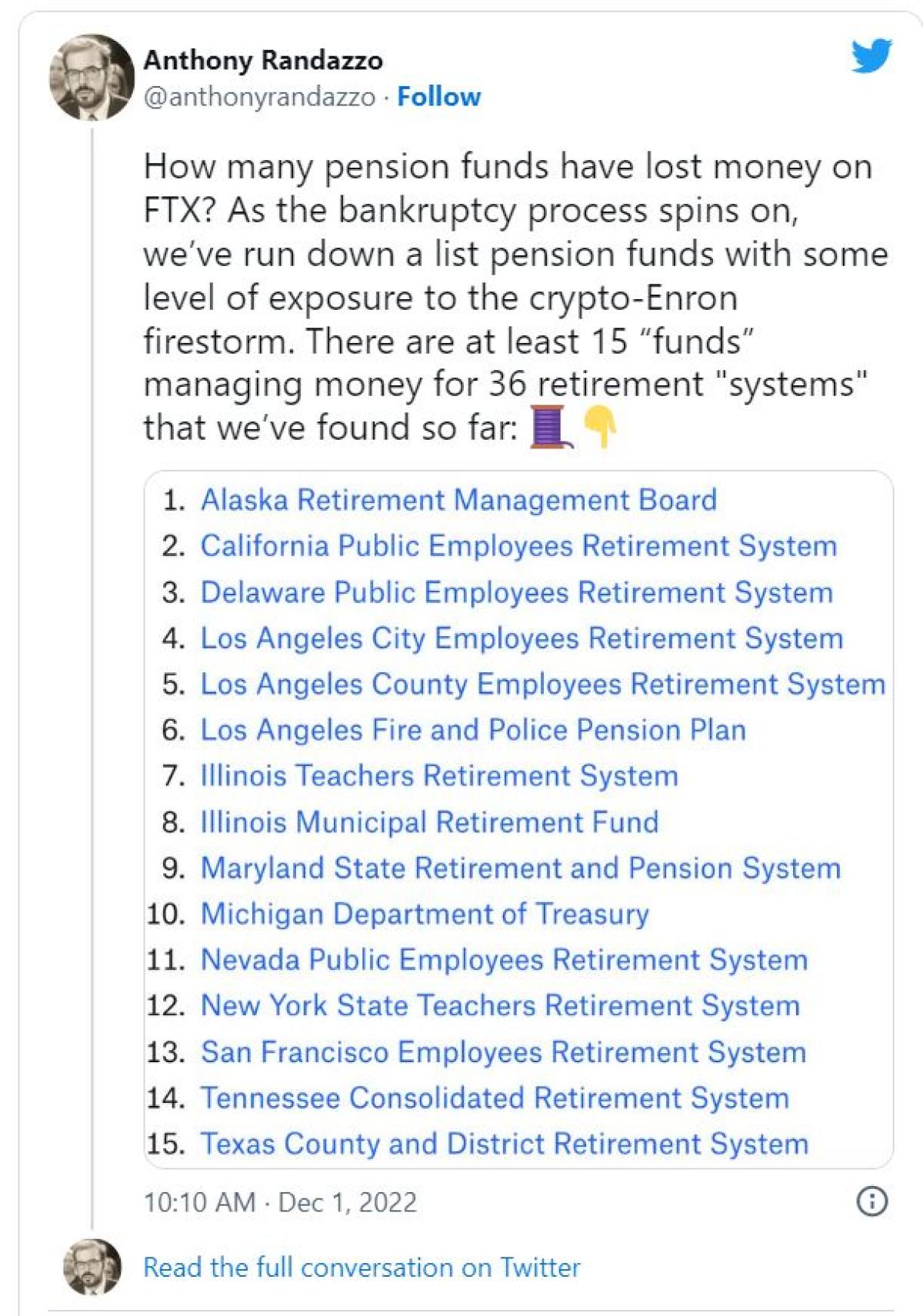 More from the Equable Institute...

Anthony Randazzo is Executive Director at the Equable Institute. 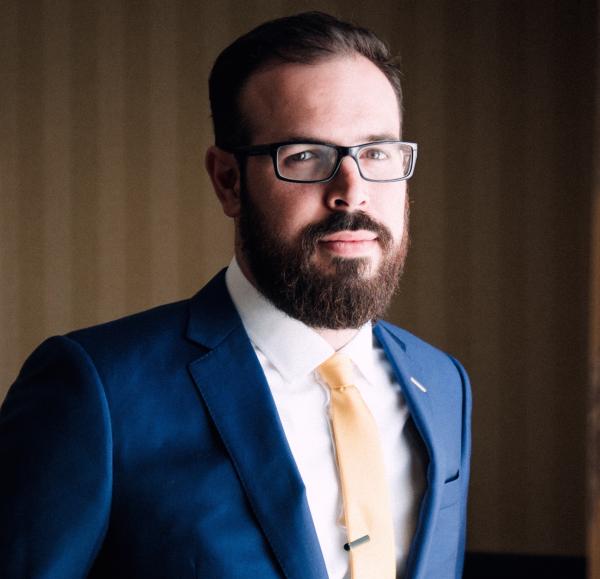 Jon Moody is Vice President of Research at the Equable Institute. 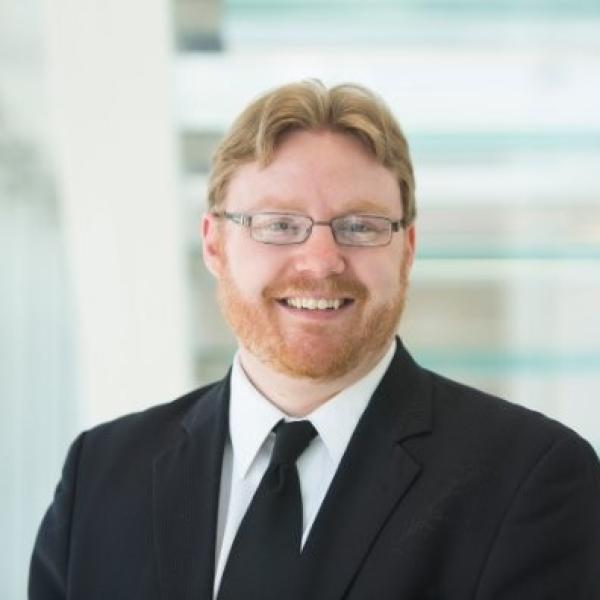