When I Learned Truth About RadioShack 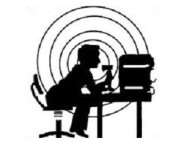 RadioShack’s final decline, the long-delayed visit from karma if you will, had a lot to do with inept financing decisions. At the end of the first decade of the 21st century RadioShack executives became obsessed with the idea that their company was undervalued. They kept fighting the market valuation, buying back their own stock with borrowed money to a degree that proved unsustainable.

Hence the bankruptcy filing in February of this year, and a classic opportunity for alpha hunters. As you’ve likely heard and read it was Standard General LP that stepped up, winning court approval for the reorganization after a hearing in which its proposal was heatedly opposed by a group of ABL Lenders that included BlueCrest Capital Management, T. Rowe Price, and Taconic Capital Advisors.

The ABLs objected that the credit bid deprived them of a litigation reserve to which they were entitled by contract and by section 363 of the Code. The reserve was important to them because the plan, now approved by Bankruptcy Judge Brendan Shannon over their objections, seems to encourage a free-for-all of creditors suing each other re: the course of events in the death spiral of the debtor’s last few months before the filing date.

Meanwhile, some of us bask in our RadioShack memories. Personally, I can’t read stories about this reorganization without recalling that at some point in the 1990s I attended a national Libertarian Party convention in Washington DC. The convention may have nominated Andre Marrou for president. Or Harry Browne. I don’t remember.

What I do remember is that this was my first introduction to IT-guys’ denigration of a retailer I had come to associate with ham-radio buffs.

In conversation in the exhibition hall, across a short corridor from where the actual delegates were debating or voting, various fascinating conversations erupted. Some of them concerned computing. I was just then learning how to use these new machines that were replacing even the fanciest top-of-the-line typewriters. I mentioned to someone in the hall who seemed to have some technical background that I was looking for a new printer for my computer and I expected to go to the Radio Shack at my town’s mall and buy one soon.

He replied with a look of scorn, “Let me help you with your first two steps into computer literacy. First, never go to Radio Shack unless there’s no other choice. Second, there’s always another choice.”

RadioShack’s bankruptcy filing in February 2015 would not have come as a surprise to my interlocutor. He may simply have wondered why it took so long for the forces of karma to deliver their blow.

This isn’t just another case of a retail operation that was too tied to its bricks-and-mortar locales, that could not make the transition to cyberspace. No, that was the problem for Blockbusters and for Borders, but it wasn’t the big problem here. The problem was that their market dried up.

The core market for RadioShack in the 1980s and 1990s consisted of hams and other hobbyists. And the type of hobbyists to whom it always appealed, the tinkerers who built their own radios, were gradually disappearing.

That techie at the LP convention: not a hobbyist, nor a ham. I called him an “IT guy” above. I don’t know if that term was in widespread use when he and I met, but it will serve for the then-emerging species. And an operation with RadioShack’s ambitions had to find some friends in that species.

The Disdain of a Rising Species

Their disdain, which may once have had an elitist sound to it, became itself a pop-cultural phenomenon in time. In 2007, The Onion headlined, “Even CEO Can’t Figure Out How RadioShack Still in Business.” The satire was pretty broad. Then-CEO Julian Day was quoted saying: “Every location is full of bizarre adapters, random chargers, and old boom boxes, and some sales guy is constantly hovering over you.”

The life and times of the reorganized concern, too, might have entertainment value.

Personally, though, this all leaves me wondering whether those first two steps into computer literacy I took two decades ago will remain valid. Perhaps after the re-organization the stores will come into the hands of managers who can make them places worth visiting, and people, even IT guys, will see RadioShack as a first recourse.