The Latest News from Italian Banking and the Dane-geld 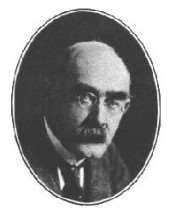 Rudyard Kipling famously warned that once a nation starts “paying the Dane-geld” it will never get rid of the Dane. Those who have succeeded in an extortion racket will continue with it.

This is usually taken (and was surely intended) as a caution against appeasement: the Anglo-Saxon King Aethelred bought off the Vikings with silver because he was not prepared to fight them. Even after the Danes killed the Archbishop of Canterbury in 1012 the response of the Anglo-Saxon monarchy was … to send the Danes more silver.

But the idea of “paying the Dane-geld” has broader applications. The “too big to fail” banks are after all akin to the Danes of Kipling’s’ memory and warning. Perhaps a future Kipling might re-work the lines thus:

It is oft an intuition for a giant institution

To call upon the Treasury and to say –

“We cannot make our payoffs, we will plunge you into chaos,

Unless you back our credit as we play.”

As Aethelred and his successors discovered, and as Treasury officials and central bankers in many western countries have discovered a lot more recently, it is difficult, having agreed to such a demand once, to get rid of the Dane.

Why These Thought Now?

All this came forcefully to my mind when I heard that the Banca Monte dei Paschi di Siena, BMPS, the oldest bank in the world, has now admitted that its exposure to Nomura Holdings has exceeded the 25% cap set by Italy’s regulators. The exposure limit came about as part of an effort to wean BMPS, once known as Monte di Pietà, the “mountain of piety,” away from the vulnerable condition that made it a threat to the rest of Italy, and to the rest of the Eurozone for that matter. This vulnerability is a powerful weapon that has earned BMPS two bail-outs in 2013, one from the Bank of Italy the other from the state. The breach of the rules meant to change that is now the latest piece of evidence of the difficulty of any such gradual weaning.

In February 2015 the government indicated that, yes, it will take an equity stake in BMPS but, no, it won’t be an active investor. It will take its 5% equity and sit quietly in the corner.

The exposure limits involved are fairly typical of government efforts to wean banks away from public support. “If only we can teach them how to remain solvent, how to avoid exposure to anything threatening to same, they won’t be in a position to threaten us with default and possible chaos any longer.” That is the implicit idea.

What does this mean for alpha? That isn’t clear.

The most obvious point is that if you believe the markets haven’t caught up with the dynamic, haven’t factored in the effective guarantee of BMPS debt into which Italy and the ECB have bumbled, or the hit that suggests for equity, then you can try to get ahead of the markets in those respects. But the markets involved are liquid and deep. Why would they not be efficient, or at least efficient enough to stay on top of assigning the proper premium in the one case, the proper discount in the other?

In the bigger picture, the fact that responsible authorities continue to prove incapable of resisting this particular sort of Dane-geld is another blow to the sustainability of the euro.

But is it time to play a Eurozone breakup as an investing/trading proposition? That’s been tried. A little web surfing will produce earnest and intelligent arguments that it is now time to play such a breakup in 2014 … and in 2013 … and in 2012 … and so forth back no doubt much further. Anybody betting a lot of such propositions within a trader’s time frame has lost. Repeatedly.

For now, at least, there is no immediate investment advice that follows from BMPS’ non-compliance with the Nomura exposure limit. All this news can be construed to instruct us to do is … to continue a watchful wait along the Sienese front.