Administration, via Verrelli, Rolls the Dice on Insider Trading Issue 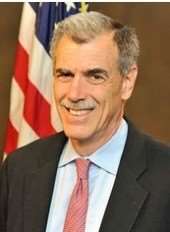 Both defendants were charged as having acted upon inside information they acquired as “tippees.” The rule of law is that there exists no generic duty amongst all participants in the markets to forego transactions based on material, nonpublic information and acquired through someone’s blabbing mouth. Tippee liability requires more, specifically, proof of a personal benefit to the tipper. If I gave Joe Insider a suitcase full of money to get him to blab, my trading on his insider knowledge makes me as liable as his would make him. Further, if I gave Joe the suitcase, and you, dear reader, traded on the information, you inherit that liability too, so long as you knew that our tipper had received such a suitcase.

The Question of Law

But not all benefits are as tangible as a suitcase of cash, and the question of law for the Second Circuit, then, and the question for the Supreme Court should SCOTUS decide to accept it, is this: is mere friendship enough? One common argument has been that in the implicit you-scratch-my-back-and-I’ll-scratch-yours world of finance, a useful friendship is worth preserving, and some tips are offered for the sake of continuing that friendship, and perhaps receiving some unspecified “scratch” for one’s self at some indeterminate later date. The prosecution has argued in this matter that that sort of benefit to the tipper should be sufficient.

And that is precisely the notion the Second Circuit rejected. Inferring benefit from the simple fact of a friendship, it said, is “impermissible in the absence of proof of a meaningfully close personal relationship that generates an exchange that is objective, consequential, and represents at least a potential gain of a pecuniary or similarly valuable nature.”  There must be, then, a quid pro quo and the eventual tippee, the one whose trading generates the litigation at issue, must know that there was a quid pro quo.

The newer development, though, is that in July the government decided to seek the Supreme Court’s clarification on this matter. Verrelli’s brief says the Second Circuit’s decision cannot be reconciled with the Supreme Court’s ruling in a 1983 case, Dirks v. SEC.

The Justices are generally slow to take on cases such as this unless they represent a split among the circuits. Fortunately (for the prospects of the solicitor general’s petition) the Ninth Circuit recently weighed in on the necessary scienter of a tippee, saying that “to the extent Newman can be read to go so far” as to assist the defendant in the case before them, “we decline to follow it.”

Notice in that wording the Ninth Circuit’s collegial caution about saying just how far the Second Circuit thought it was going. The Second Circuit’s opinion in Newman referred to the “mere fact” of a friendship, especially a friendship of “a casual or social nature.” The facts in Salman on the other hand involved something much closer; indeed the first tipper and the tippee were brothers, a fact that was surely known to the second tippee, Salman. So the two cases may be distinguishable, that is, a line might be drawn between a beloved brother tippee and a casual friend tippee. Directing wealth to one’s brother may in some circumstances be a benefit for one’s self.

If you deem that the two cases are distinct, then by definition there is no true conflict between the circuits. Verrelli is running an obvious risk here, in taking this to be a conflict and in petitioning the Supreme Court.

Verelli writes that he has filed the petition because he is concerned that the Second Circuit’s view “unjustifiably impedes the government’s ability to restrain and punish” those who for the good for the investing public deserve to be restrained and punished.  But the risk he runs is that the Supreme Court will uphold the Second Circuit, and make its “novel gloss” on Dirks the law of the land.