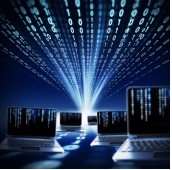 T. Leuchtkafer, a New York-based investor and a frequent commenter on various Securities and Exchange Commission proposals or filings, has offered his response to a BATS filing in a way worth some serious study.

But let’s begin at the beginning … in August, BATS, the Kansas-based operator of fully electronic stock exchanges, filed a proposed rule change with the SEC, suggesting a new rule “to clearly prohibit layering and spoofing activity on the Exchange,” such as by permitting itself to “take prompt action to suspend Members  or their clients that violate such rule.”

It does this because (as its filing explained) in recent years it has addressed several instances of wide-spread market manipulation, involving “layering or spoofing” activity in particular, “much of which was ultimately being conducted by foreign persons and entities using relatively rudimentary technology to access the markets and over which the Exchange and other SROs had no direct jurisdiction.” In accord with existing regs, though, the members found to be responsible for such behavior “were allowed to continue the disruptive quoting and trading activity … during the entirety of the subsequent lengthy investigation and enforcement process.”

Leuchtkafer ‘s quarrel with this proposed rule change is that it is far too narrow, both in its definition of what “spoofing” and “layering” mean and in its focus on those two points as distinct from “other violative conduct like marking the close or wash trading.”

The point is not just that a broader net would be better, but that a narrow net is counter-productive. It just gives would-be manipulators a road map: do A and B rather than C or D to evade market surveillance.

“The filing is so helpful [that] scoundrels everywhere must be hoping for BATS to publish all its detailed surveillance specifications, so that not only will spoofers know how to avoid scrutiny, but anyone interested in marking the close, manipulating prices, and flooding markets with wash trades can join the fun.”

Further, Leuchtkafer is concerned that if unchallenged, BATS’ language about spoofing and layering will become the industry standard, since some observers have already speculated that NYSE and NASDAQ “will follow suit with rule filings of their own, and they no doubt will adopt the same language.”

Consider spoofing. The Dodd-Frank statute defined it as bidding or oaring “with the intent to cancel the bid or offer before execution.”

But BATS now proposes to define it in the following two-part manner. Spoofing is a pattern that occurs when “a party narrows the spread for a security by placing an order inside the NBBO (the ‘Spoofing Oder’) and (b) the party then submits an order on the opposite side of the market (‘Contra-Side Order’) that executes against another market participant that joined the new inside market established by the Spoofing Order.”

That is not only more complicated, it is a good deal narrower. The statutory definition makes an act spoofing even if the spoofer only enters an order priced away from the NBBO.  Indeed, that is what Navinder Singh Sarao did, and BATS seems to regard Sarao as part of the justification of a new rule that wouldn’t really have covered his activities anyway.

Indeed, BATS seems to have changed its own view of what counts as “spoofing” over a period of only four months. In April 2015 it was one of several exchanges that issued enforcement settlements that defined the word thus: “a form of market manipulation that involves the market manipulator placing certain non-bona fide orders with the intention of cancelling those orders once they have triggered some type of market movement and/or response from other market participants, from which the market manipulator might benefit by trading certain other bona fide orders.”

Not that then it was only a possibility that the manipulator “might” benefit from his spoofing by “trading certain other bona fide orders.” But by August, a particular sort of additional trade had become a part of the essence, the very definition, of spoofing in the eyes again of BATS. What gives?

One observation within the field of institutional psychology suggests itself. Perhaps in April 2015 BATS was still trying to live down the reputational drubbing it received in the spring of 2014, when its then-CEO made blatantly false comments on CNBC in a ham-fisted effort at discrediting Michael Lewis’ book, Flash Boys.

But by August (on this hypothesis) it had decided it had played the tough-cop long enough, had lived down the contrary impression left a year and a half ago adequately, and could go back to business as usual.