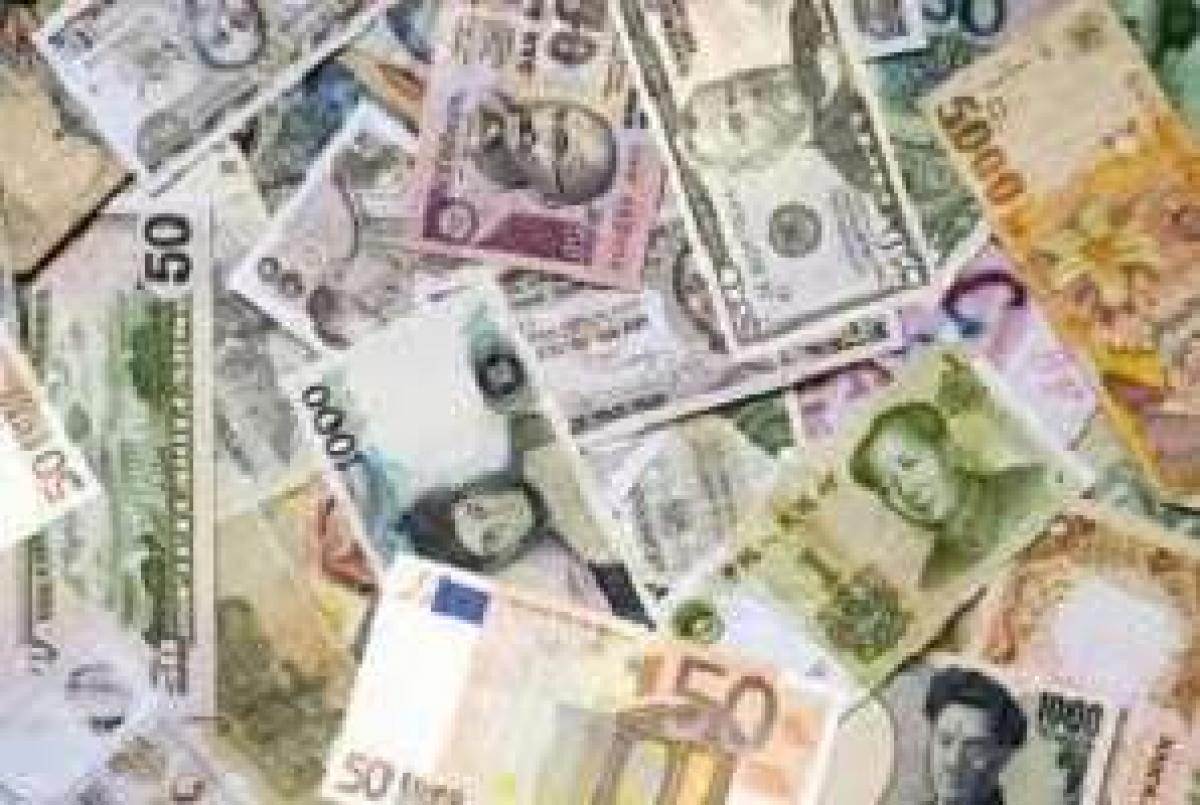 Investors can get ahead of events by aligning their portfolios to “a world of lower expected capital market returns and higher forward volatility.” That, at any rate, is the upshot of a thoughtful analysis by Eric J. Wiegel of Global Focus Capital, a Boston based asset allocation advisor. Why does Wiegel think so? Because the market’s inflationary expectations are low.

Inflationary expectations have been brought low by the recent past of … well, low inflation. Further, although the circumstances that will raise inflation going forward are in place, the market’s expectations are “sticky.”  They’re on the floor and are staying there for at least a bit longer.

The table below is a reproduction of one that Wiegel draws from the April 14 report of the Bureau of Labor Statistics on estimates of the consumer price index for urban customers (CPI-U).  The BLS numbers show actual price changes for the twelve month period ending with March 2016. Although two of the main categories of consumption, energy and commodities, have seen a lowering of prices over the last year, the other two, food and services, bring the inflation figure into the positive numbers

Let us break this down a bit. There is a fascinating bifurcation in the numbers for the food category. Eating food at home became less expensive over the course of these twelve months, while eating out became more so.

Energy of course has been the headline deflator of prices in recent quarters. But Wiegel says that the GFC’s working assumption is that “expected supply cutbacks are likely to further boost oil prices” going forward, and that even natural gas prices will firm up.

But all this merely sets up the question: given the overall line indicating price levels, setting aside all the statistical complexity of its granularity, will it remain flat? Or will it head up?

Two important facts indicate that it won’t stay flat: the U.S. dollar is weakening and the commodity markets are recovering.  Something the GFC paper doesn’t mention, but that confirms the point about commodity markets, is: the April S&P GSCI total return rose 10.1%. This total increase incorporates an increase in price of 20 of the 24 commodities included.

The index, graphed below, shows that the very dramatic increase in April comes in the wake of a striking late March decline. Still, the year-to-date trend is clear. 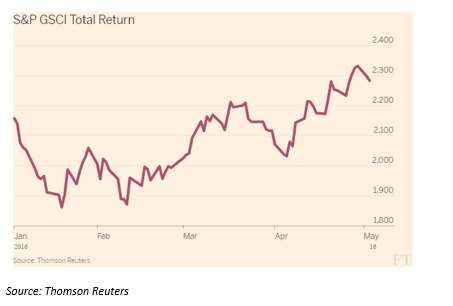 A Bump or a Drift

So the very latest news about commodity prices confirms GFC’s premises. The very latest news about the U.S. dollar, on the other hand, runs in the other direction. Headlines tell us of a bounce in the value of the U.S. dollar in early May. This news is too recent to have figured into the discussion in the GFC paper, and that for that matter may not prove robust. The paper was written, then, against a backdrop of dollar weakness, especially against the euro and the yen.  The weakness may have a lot to do with decisions of the People’s Bank of China, which has been rebalancing its foreign currency reserves, likely doing so against the dollar.

Given those two premises, commodity revival and dollar weakness, the GFC inference, that inflation levels at the consumer level will pick up, follows naturally, although as the GFC itself observes, “the transmission mechanism” from here to there “is not immediate or for that matter always straightforward as many other forces such as demographics and the overall health of the global economy come to bear.”

Specifically, GFC is somewhat ambivalent as to whether inflationary expectations in the market will “slowly drift up” over the remainder of 2016 to catch up to the reality or whether there will be a more sudden “bump” at some point, when the realization sinks in that these two points are here to stay.

Either way, though, whether there is going to be a bump or just a drift, a savvy and agile investor can presumably get ahead of it.