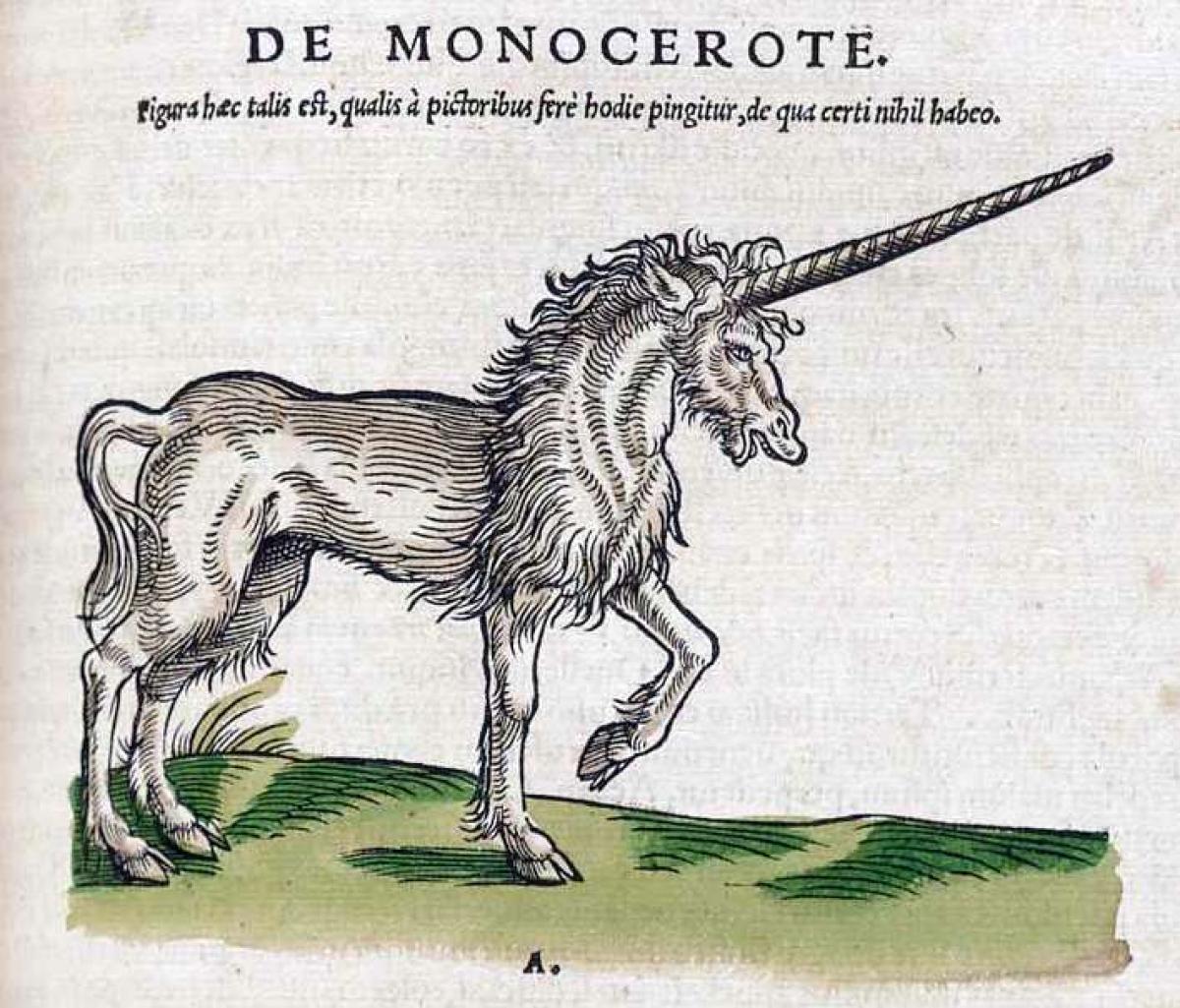 Yale, in their 2015 annual report issued this month has broken out their private equity allocation into two distinct segments: Leveraged Buyouts and Venture Capital.  See:

This is the first time in many years they've offered that level of detail.  And they've given the whole report a VC-and-entrepreneurial theme, supplementing the numbers with profiles of some Yale-linked VC heroes and heroines.

It may all seem just a bit self-congratulatory.  But, hey, it's Yale.  And, in fairness, some congratulations are in order.

(Only the allocation to Foreign Equity showed comparable growth in the 5-year period, with most other categories flat or declining.  Domestic Equity, unloved at Yale, continues its long, sad march into low single-digits as a fraction of the portfolio.)

VC has also substantially outpaced Dr. Swensen's target allocation of 14 percent, which suggests that those VC deals are flourishing even better than expected.

By contrast, LBO investments have declined from 24.8 to 16.2 percent of the portfolio in the same 5-year period (in line with their target allocation).  These two opposite trends in VC and LBOs were indiscernible in previous reports when the two categories were mingled.

Yale doesn't report single-year performance by category, but VC over 10 years has returned an annualized 18 percent, versus just 13.4 percent for LBOs.  Looking forward, they expect VC to generate real (inflation-adjusted) annual returns of 16 percent, with a standard deviation of 38 percent.

One standard performance yardstick for institutional VC investors, offered by Cambridge Associates, has seen just 11.5 percent annual return over ten years.  So, Yale is beating that by a big 6.5 percent.

In a couple of recent newsletters we've alluded to the advantages Yale has derived from its carefully managed alumni network.

So, let's take a look at some of the Network as revealed in this report.

We begin with some discouragingly young faces.

Nick Shalek, for instance, barely in his 30s, is a partner at Ribbit Capital here in San Francisco. He graduated from Yale in 2005, served as an analyst in the Yale Investment Office for a couple of years, then picked up an MBA from Stanford.  Ribbit specializes in cutting-edge financial-tech companies.

This is one of the channels through which Yale may be investing in rising robo-advisor Wealthfront.

Wealthfront is the largest and fastest-growing firm in this niche.  They already manage $2 billion in customer AUM with their proprietary algorithms and Millennial-friendly smartphone apps.

LinkedIn investment did in 2011.  Yale provided $2.7 million in seed money to Linkedin, eventually harvesting $84.4 million in gains.  Not bad.

They don't detail any other returns, but the report names Facebook, Twitter, Uber, Pinterest, Snapchat and AirBnB as examples of VC deals that have paid off for them in the last decade.

Reaching back into the 1990s they cite Amazon, Google, Yahoo, Cisco,Red Hat and Juniper Systems as among their earlier winners.

Another of Yale's VC young guns is Ann Miura-Ko.  She majored in electrical engineering at Yale, then, like Mr. Shalek, earned a grad degree at Stanford (a PhD in math).  She is now one of the co-principals (with Mike Maples) at Floodgate Fund in Palo Alto.  They've made money in both Twitter and Lyft, with more promising firms still warming up.

Ayasdi, for instance, is a much talked-about machine-intelligence/data-mining startup with some hot intellectual property that is already used by several global firms.  Institutional Venture Partners, another Yale-linked firm (through Yale grad Steve Harrick) also has early-round money in Ayasdi, so it's pretty likely that Yale itself is aboard.

As a Stanford math PhD and all-around prodigy, Ms. Miura-Ko is regarded as one of the best in Silicon Valley at evaluating such ultra-high-tech ventures.

She's the daughter of a NASA scientist and has been involved in tech startups since she was a teenager in a Japanese-speaking family in Palo Alto.  Forbes called her "the most powerful woman in start-ups."  The Stanford Daily called her "The relentless Ann Miura-Ko."

Yale just scored a coup by acquiring Ms. Miura-Ko as a member of their investment committee, wiring her even more firmly into the Network.

We should also mention Ms. Ping Ping, a Beijing University grad who earned her MBA from Yale in 2003.  She's now a managing director at Chengwei Capital (after a stint at McKinsey's Beijing office).

Chengwei is one of the leading VCs in China and Ms. Ping sits on the boards of some important startups there and offers Yale a channel into that essential market.

One of Chengwei's portfolio stars has been APUS Group, which birthed one of the fastest-growing Android apps ever in 2014, with more than 100 million users world-wide.  It has allegedly moved to official unicorn status (over $1 billion market value) faster than any other firm.

It's nice to see those unlined faces, but Yale's been doing VC for a couple of generations and they owe a lot to some older faces, as well.  These gentlemen have kept Yale in the loop for decades about the best deals in Silicon Valley.

Leonard Baker, for instance, of the class of '64, followed his Yale math degree with an MBA from Stanford and became a partner at Sutter Hill Ventures, one of the original VCs in the Valley.  Now, having reached mandatory retirement age, Mr. Baker will be stepping down from the Yale Corporation investment committee after 26 years of service, making way for Ms. Miura-Ko, and thus passing the baton to the latest generation of the Yale/VC network.

Also referenced in the report are Bing Gordon (class of '72), a partner atKleiner Perkins; and the dean of the Network, William H. Draper II (class of '50) who was a founder of Sutter Hill and currently runs his own boutique VC firm: Draper Richards.

There's no reason why some other major endowments can't play effectively on this field.

It takes time and leadership to develop a VC network like Yale's, but schools like Harvard, MIT, Texas, UC Berkeley, and Stanford, among others; each with its own mix of academic/cultural/geographic/financial assets; could be competitive.

UC Berkeley and Stanford, academic powerhouses located at the tech epicenter in Northern California seem to have big home-field advantages.  But UC certainly isn't performing at Yale's level as a VC investor, and Stanford probably falls short as well.

Counting both the Regents General Endowment Pool and the separate UC Berkeley Foundation, we get a total portfolio allocation of a little over 9 percent to private equity, including both LBOs and VCs.

In dollars, that's around $1 billion.

Assuming half is VC, that's about five percent of the portfolio, or just $0.5 billion.

The corresponding VC figures for Yale, as we saw, are 16.3 percent of the (much larger) portfolio and $4.2 billion AUM.  That's eight times as much.

Cal's return on PE has been about 11.5 annually over 10 years, averaging the GEP and UCB foundation.

Yale's weighted-average return to private capital (LBOs and VCs) was about 15.5 percent over the same period.

So, Cal is earning a decent, industry-average PE return, but Yale is getting half-again as much.

He also has a background in engineering and private equity and might be expected to help on that front.  At Alberta's AIMCO he sat on the boards of some of their key private-equity portfolio companies.  But AIMCO's skillset was in energy technology, not so much in consumer-focused digital tech, medical tech, etc.  He has a lot on his plate and a ponderous bureaucracy to deal with.  The separate UC Berkeley foundation and its investment arm may have good contacts and more flexibility, but a much smaller AUM.

We've commented elsewhere on the recent hiring of Robert Wallace as CIO of the Stanford Management Company.

Mr. Wallace is a Yale grad and a veteran of the Yale Investment Office, and everyone we've spoken to is quite candid and definite in saying that he was hired to make Stanford more Yale-like, including cultivation of top-tier VC opportunities.

Stanford doesn't disclose returns, or even exact AUM, by category, but the target for private equity (both LBOs and VCs) is 26 percent of the portfolio.

If we arbitrarily allocate half to VC (it's probably more) we get an allocation of 13 percent, or about $3.4 billion as of 2015.  That's smaller than Yale in dollar terms, but in the ballpark (and, again, that is probably an underestimate).  So, Stanford, as anyone could have guessed, is a very big institutional player in VC.

As to returns, we only know that Stanford's whole portfolio earned an annualized 8.7 percent over 10 years, versus 10.0 percent for Yale: a 130 bps shortfall.

We can only speculate but, given their similar allocations and lower returns overall, there's no reason to think Stanford is matching Yale's returns on VC; they're more likely falling short of Yale's 18 percent annual return over ten years.  Everybody else is.

Even if, as we surmise, Stanford's performance as a VC investor has trailed Yale's, it doesn't mean that the endowment hasn't been showered with VC money, it just arrives by a different route.

Not a year passes without word of a stupendous gift from some alum who has prospered in the VC arena. For example, Robert King, a Stanford MBA who made a fortune as a seed investor in the Chinese Internet search firm Baidu, donated $150 million in 2011. Many others could be cited.

Mr. Wallace and his board command a much more streamlined organization than Mr. Bachher's and they have access to an unrivaled alumni network in Silicon Valley.  But getting all the pieces to mesh more effectively could still take years.

Both UC and Stanford have some awesomely smart and well-connected people in Northern California and elsewhere, but we don't expect to see them storming Yale's carefully constructed VC castle anytime soon.