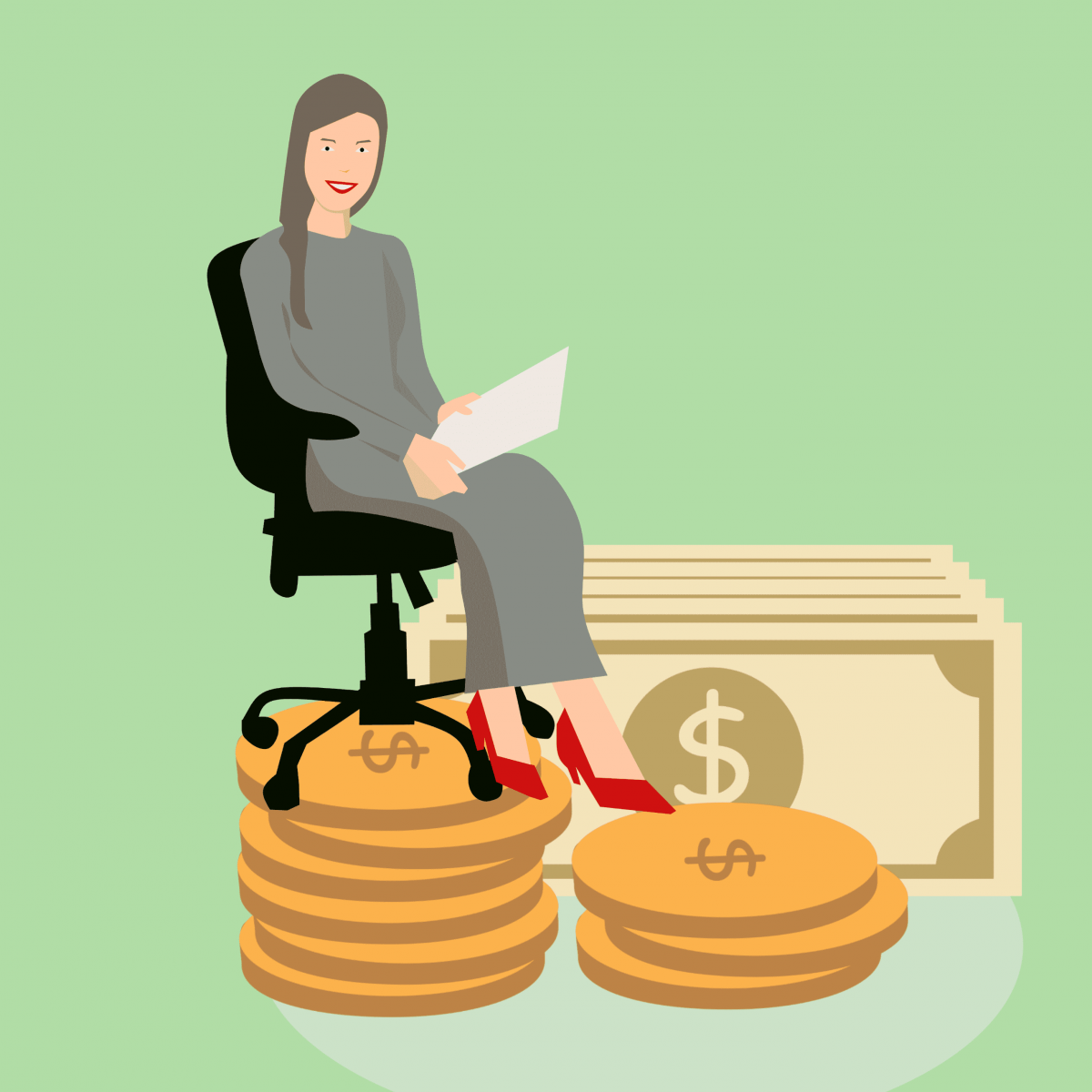 Natixis Investment Managers has released survey data on the mood of institutional investors around the world.

Natixis, which has $961 billion in assets under management, polled the decision makers of 500 institutions that together represent more than $19 trillion of assets. Among the takeaways: investors expect more volatility, in both the stock and the bond markets, in 2018. Their average return assumption is 7.2%.

A substantial minority (30%) believe the stock market is at present in a bubble. A larger minority (42%) say the same of the bond market. Nearly two thirds (66%) say there is a bubble in Bitcoins. Five percent more than that (71%) say that both   institutional and individual investors are assuming too much risk at present vis-à-vis the yields available. An even larger majority (77%) agreed with the statement, “I am concerned a prolonged period of low rates has created an asset bubble.”

Natixis devotes a sidebar to the bitcoin-bubble question, mentioning the jump by 11% of value on a single day in mid-November when Square Inc. said that it will be accepting the currency as payment. This jump seemed almost designed to confirm the “bubble status” of the crypto-currency, the sidebar remarks.

Looking at industry sectors, the investors think technology is the most likely to beat the market in 2018, followed by healthcare and then defense/aerospace.

Specifically, the percentages for expectations against the market are as follows: 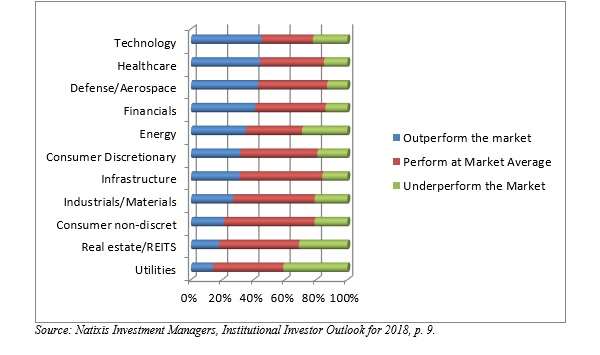 That 41% at the bottom who believe that utilities will underperform is, as Natixis says, “striking.” It suggests that utilities are broadly seen as overvalued and over-leveraged, and thus as likely victims of even well-telegraphed interest rate increases.

Beating the market is the name of the game, too: not just riding it passively. More than three quarters of the respondents believe that 2018 will be more favorable for active than for passive management. The desired and expected benefits from the active nature of active management include everything from risk adjusted returns, to the integration of environmental, social and governance strategies into a portfolio, and access to emerging market opportunities.

In fact, some institutional investors are concerned that the trend the other way in recent years, toward passivity, has had a distorting effect on markets. It may have artificially suppressed market volatility, setting the stage foe wild swings when investors need to unwind their passive positions.

More than half of institutional investors said that flows into passive strategies have artificially suppressed volatility (59%), have distorted relative stock prices and risk-return trade-offs (56%) and have increased systemic valuation risk (63%).

Related: the investors polled expect that 2018 will be a year of increased allocations to non-traditional assets such as private equity, private debt, real estate, and infrastructure.

Those historic low interest rates? The ones that have been in place for nearly a decade now? The times may be a-changing. Institutional investors are perfectly well aware, for example, of Janet Yellen’s departure at the Federal Reserve, and they will be looking “to be assured that the Fed continues to telegraph interest rate moves.”

Institutions, in trying to generate the income they need for their long-term obligations, have of late moved further out on the risk spectrum to pursue higher yields, buying the debt of lower rated issuers. That’s key to the high percentage of survey respondents who say the industry as a whole has accepted too much risk.

How will institutions react to the expected increases in interest rates? Large numbers say that they will manage the durations in their fixed income portfolios (31%), or that they will increase their use of alternatives (21%). Only 8.4% say they are not taking steps to reposition their holdings against this development.