Urgent vs. Important: Barriers to Digitization in Alternative Investing 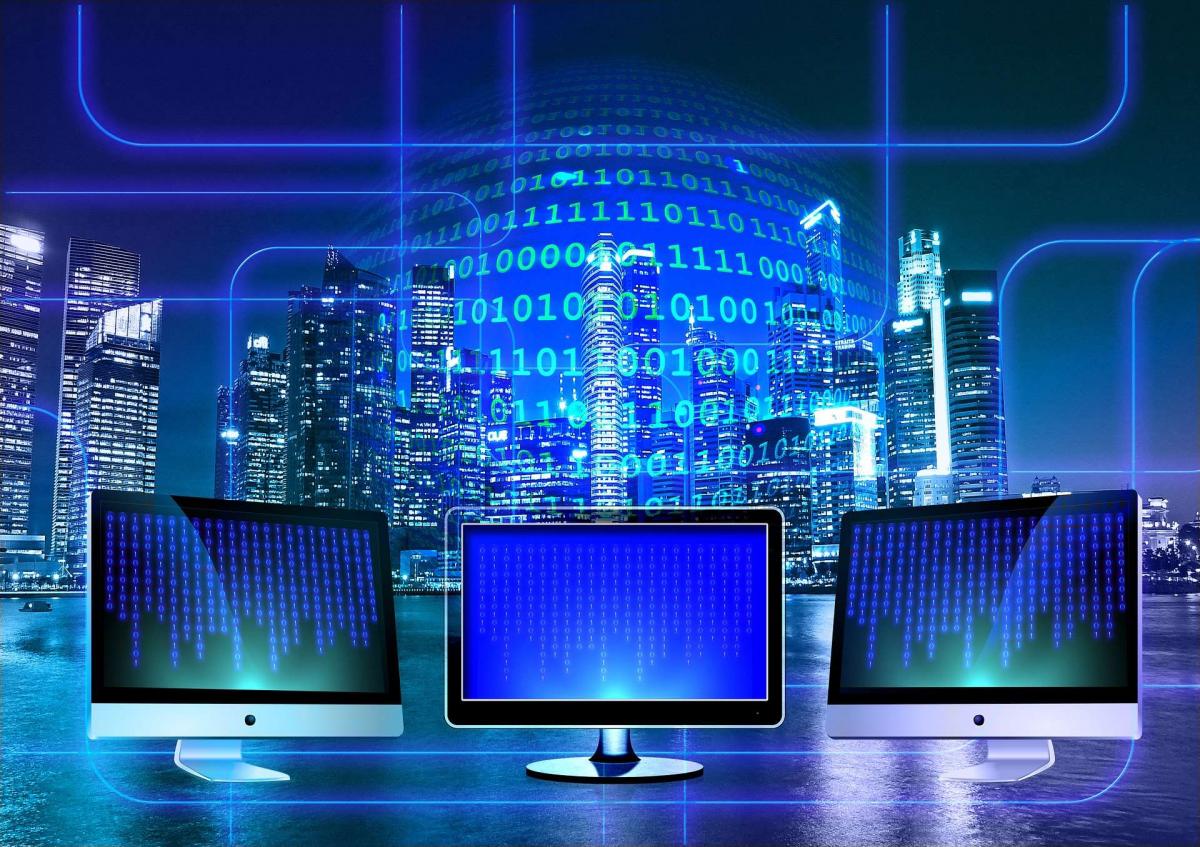 KPMG International and CREATE-Research have jointly prepared a report about the digitization imperative for alternative investment management.

The report includes within that term both hedge funds and private equity.

Early on, its authors list eight key digital innovations that are reconstructing the industry:

All this is different from what the report calls “rising automation of the routine processes in front, middle, and back offices in order to achieve cost-effective growth.” That was industrialization, not digitization, and it is now rather old hat.

If a firm wants to get out ahead of digitization instead of behind swamped by it, its leadership will have to realign business models, abandon legacy systems, and reconfigure the value chain.

KPMGH/CREATE hope to add something to one’s understanding of this situation through a survey. To that end they have talked to 125 alternative managers located in 19 countries, with combined assets under management of $2.6 trillion.

A Need to Future Proof

They found that the scale of the ongoing shake-up is well understood. Only 2% of respondents saw a “business as usual” scenario playing out over the next 10 years. Roughly one-third (35%) expect marginal changes. But 53% anticipate “partial” disruption and the remaining 10% anticipate “total” disruption.

Business as usual would involve a continued game of second-guessing central bankers. But as one interviewee put it, “When central banks take away the proverbial punchbowl, asset valuations may well nosedive. We need to future-proof our business against big market-moving events.”

As to the sources of disruption, there is some disagreement. The largest group maintains that disruption will come as a byproduct of collaborations, as “incumbents collaborate with potential external rivals.” This 44% of the surveyed managers include many medium and small sized managers. KPMG/CREATE observes that they may be thinking this way because they “want to stay in the driving seat.” Another 34% think that internal innovation will be the main source of disruption, as AI managers “get on the front foot and digitize their businesses in order to pre-empt competitive threats.” This view comes from larger managers, who may be the ones in the best position to get off to that front foot.

A smaller but not negligible group (22%) see the main source of disruption as incursion into the field by “current internet titans and FinTech start-ups” making use of their digital savvy and brand names. The incumbents will, on this view, face quite soon the same threat that FedEx and UPS now face from Amazon.

Who Is In What Stage?

The survey asked the participants what “stage” they were in with regard to the adoption of the eight innovations listed above: close to decision making; implementation; neither. Their answers indicated a greater familiarity with social media than with any of the other items on the list. The resulting bar graph is as below: 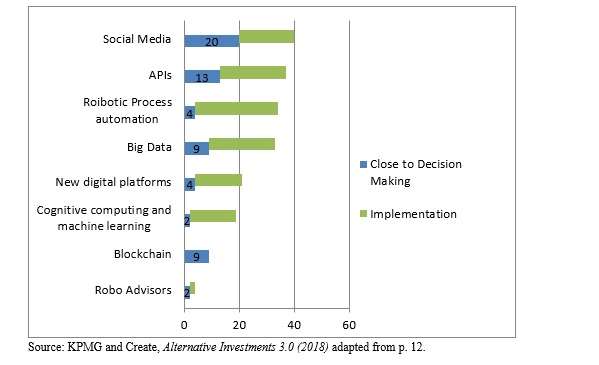 The survey respondents expressed various opinions about the factors that are slowing down the transformation of the industry.

Techie barriers include legacy IT systems, the opaque nature of some of the proposed innovations, and cyber security.

In the special world of real estate investments, “digitization is a nascent phenomenon” tied up with the “internet of things.” But it isn’t ignored: “Real estate firms are using advisors to help them navigate around the issue.”

Fear of the Unknown

Business related barriers to digitization include the “regulatory overdrive in the wake of the 2008 crisis that has amplified headline risk, low risk appetite in corporate culture … and the innovator’s dilemma: namely, why disrupt the business model if the profit markets are healthy?”

Later, the authors take a more psychological, even emotion-centered, view of the subject of innovation. There are two fears at work, pulling AI managers in opposite directions. One is the “fear of the unknown,” the other is the fear of being left behind.

One interviewee told the survey takers, “Digitization only gains traction when our bosses take interest in it. They tend to let the urgent get in the way of the important.”

The report concludes that managers will get beyond stasis; they will embrace the future, when they come to understand that innovation itself isn’t a magic bullet. Execution is.