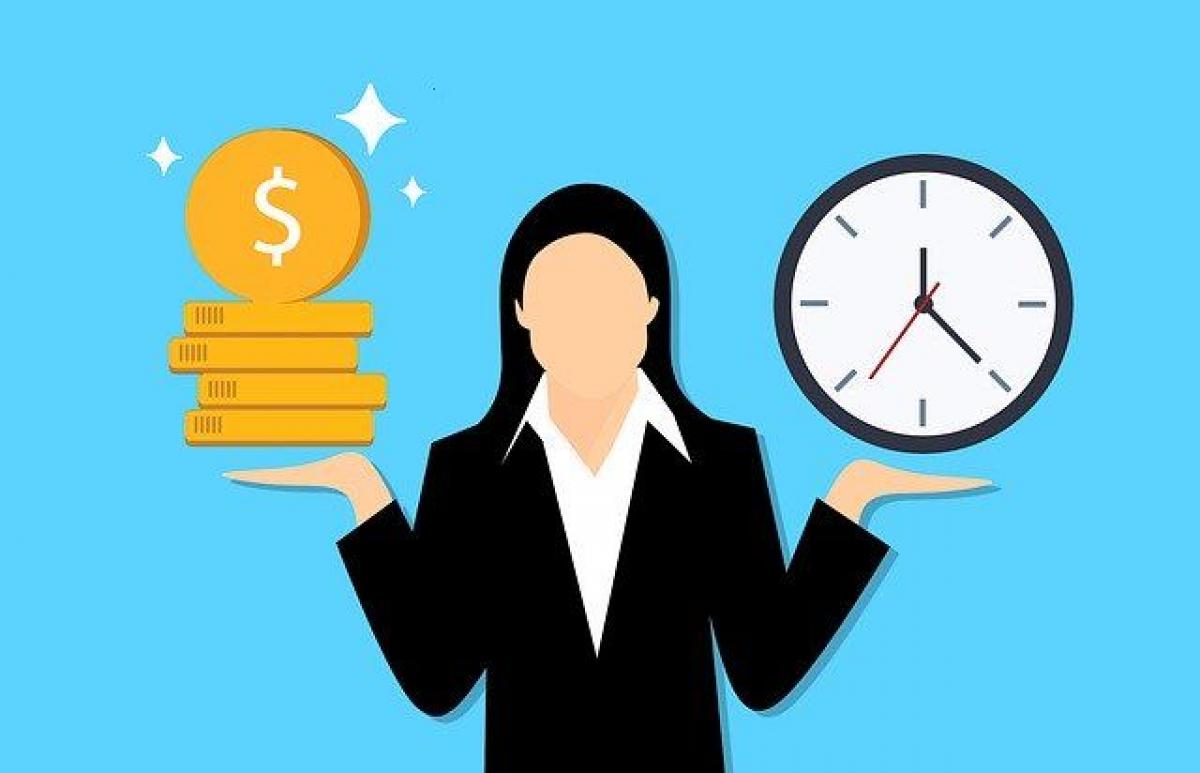 The first example is the base case, where no SLCs are employed. The fund lives for ten years, and capital calls are spread evenly over the first four years. In the second case, the GP uses SLCs to delay the capital calls for four years, leading to a large capital call in year five. In the third case, the GP uses SLCs to spread the capital calls over six years. In the last case, the GP uses SLCs as a substitute for LPs' capital, calling only 25% of the committed capital. We can see that in all three cases where SLCs are employed, the reported IRRs and PMEs increase. The primary reason for this is that by reducing the length of time that the LPs’ capital is deployed, one can increase the IRR and PME. Further, the TVPI decreases in cases 2 and 3 due to interest costs. Case 4 is different from the others because the use of SLCs has created leverage, and therefore all performance figures have increased. Of course, for a poor performing fund, the losses would have been magnified. Recent studies (e.g, Albertusy and Denesz (2020) and Jäckel (2019)), show that the impact of SLCs on IRRs could be significant (around a 6% increase). However, the impact will depend on the size the credit line and underlying performance of the fund’s assets. The impact is much smaller for median funds and in some cases the impact could be negative. It is often argued that SLCs do not create a source of leverage because they are backed by unfunded committed capital. This would be true if the GP calls the entire committed capital eventually. Empirical evidence does not support this. As reported by Albertusy and Denesz (2020), funds that employ relatively large amounts of SLCs reduce their capital calls. On the other hand, these funds do not appear to reduce the frequency of their capital calls, which is the primary stated reason for using SLCs. Also, the study reports that poor-performing funds are more likely to use SLCs. The examples above highlight the sensitivity of the reported IRRs to the timing of cash flows. Since GPs have substantial freedom in managing this timing, the question arises whether GPs use this freedom to manipulate the IRR. While TVPI is not an ideal measure of performance, it does have the advantage of being manipulation-free. One can, therefore, use TVPI to calculate the annualized rate of return on the fund if the net cash flows were spread evenly through a fund's life. The difference between the IRR and the TVPI return is referred to as the IRR gap. It measures the extent that the timings of cash flows have inflated the reported IRRs. In a recent study, Larocque et al. (2020) show that funds with the largest IRR gap tend to have lower subsequent performance. This provides additional indirect evidence that GPs could be using the SLCs to manipulate returns. Concluding Comments SLCs represent one of several funding tools available to GPs. The flexibility offered through SLCs can be used to the benefit of both LPs and GPs. SLCs can reduce the frequency of capital calls and help GPs avoid surprise capital calls. Also, SLCs may help GPs avoid capital calls if some of the investors are facing liquidity issues. As we discussed, the side effects of these benefits are distorted performance measures. The flexibility offered by SLCs and the associated performance distortions may hurt the alignment of interest between LPs and GPs. To reduce the potential moral hazards associated with SLCs, GPs must agree to provide full transparency and disclosure regarding the use of SLCs. In its most recent announcement on SLCs, Institutional Limited Partners Association (ILPA) provides a set of guidelines to address the concerns of LPs while recognizing the benefits that SLCs could offer to all stakeholders. In particular, ILPA calls GPs to disclose the following information regularly (a) the total size and balance of subscription facility, (b) how much of the LPs' and GP's unfunded commitment is financed through the facility, (c) the average number of days each drawdown is outstanding, and (d) the net IRR, with and without the use of the subscription facility. The guidelines provided by ILPA are reasonable and do not appear to limit GPs use SLCs or to put an undue burden on GPs. References Albertus, James F. and Denes, Matthew, Private Equity Fund Debt: Capital Flows, Performance, and Agency Costs (May 26, 2020). Flood, Chris, 2017, Private Equity's Dirty Finance Secret, Financial Times. ILPA, Enhancing Transparency Around Subscription Lines of Credit: Recommended Disclosures Regarding Exposure, Capital Calls and Performance Impacts, June 2020. Jäckel, Christoph, How Big is the Impact of Credit Lines on Fund Performance Really?, 2019, Larocque, Stephannie A. and Shive, Sophie and Sustersic Stevens, Jennifer, Are private equity investors fooled by IRR? (May 28, 2020).   Appendix 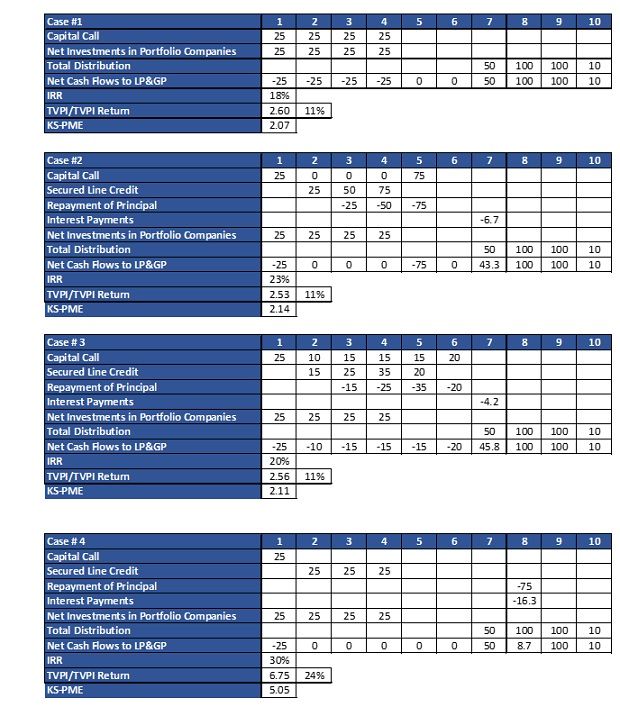