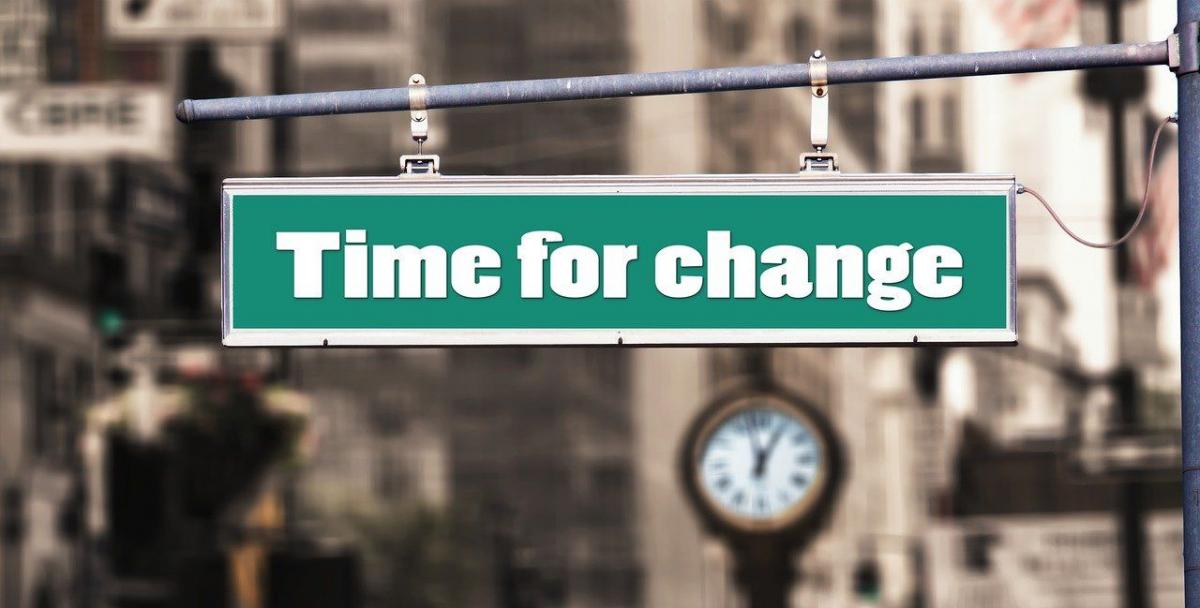 How does innovation happen?

For many people in the investment community that answer is sort of fuzzy. We might think it just happens, which is effectively the same as believing inventions are delivered by storks when a creator and a source of capital love each other very much.

We’ve all held beliefs like this at one point or another. We eventually grow out of them. But professional investors are so often constrained by short-term pressures—monthly performance reports, fickle sources of funding, and so on—that it can be difficult to see the big picture.

Investment capital plays an essential role in our modern economy. And if the folks charged with stewarding it don’t understand the role they play in the broader system, they won’t have an intuitive sense of where they are needed. That means they’ll miss opportunities to generate substantial returns for themselves, their investors, and society as a whole.

You hate to see that.

What can we do?

With my friend Ashby Monk, I started Free Money, a podcast meant to help free long-term investors from their short-term shackles to counteract this myopia. You might recognize him from his work at Stanford University’s Global Projects Center, where he researches the design and governance of pension and sovereign wealth funds.

Among other things, we are working to better align capital with creativity. Because the notion that we operate in something resembling free markets is a pleasant fiction just as anyone who has fought the fed already knows well.

But would-be innovators are not fighting just one identifiable antagonist. They can be aided or inhibited by certain competition, minority shareholder, and contract enforcement policies. Their efforts are also, at times, multiplied through thoughtful investments in basic research infrastructure and human capital, which are the building blocks of long-term economic growth.

In the United States, you might be surprised to learn the extent to which government investments of this kind power the returns investors rely on. 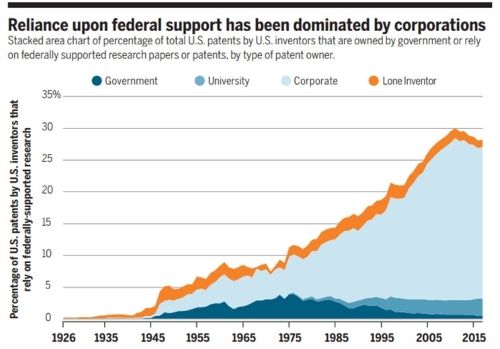 This chart—published in the peer-reviewed journal Science—shows that roughly a quarter of all U.S. Patents relied on federally supported research, and that this benefit has accrued primarily to corporations.

The extent that this happens surprised me. But after we had Tom Kalil, who spent 16 years at The White House overseeing various aspects of Science, Technology, and Innovation policy on Free Money as a guest, it started to make a lot more sense.

He offered a straightforward example. “The reason that we have a green fluorescent protein which is a breakthrough in terms of biomedical imaging, is that some researcher was interested in why certain jellyfish glow in the dark. Now, can you imagine you're a CEO and one of your employees comes to you and says, I'd like to understand why a jellyfish glow in the dark. That's probably not going to be a project that you're going to be super excited about funding,” said Tom.

“Because of the serendipitous nature of research, we can't predict where these breakthroughs are going to come from. It’s the same with CRISPR, which is the technology that allows you to edit genomes that grew out of a research that was trying to understand the immune system of bacteria,” he said

But federal investments in research and development are declining as a percentage of GDP. And that’s a problem, because the government is more likely to fund research that has these sorts of positive spillovers than the private sector would.

“If you think about the types of projects that the government has supported in the past, particularly when it's supporting, for example, university researchers, their incentive is to publish. Their incentive is to make sure everyone knows about their results, because that's how they get promoted. And therefore, that's more likely to have spillovers than internal corporate R&D that they're not sharing with their peers,” said Tom.

It’s broadly accepted that observed economic growth can’t be explained by looking just at changes in the capital stock of a country or its growth in population and labor force size.

So how can we explain it?

This conversation helped me offer a better answer than “magic.” But not much better, because it’s one of the biggest questions out there. 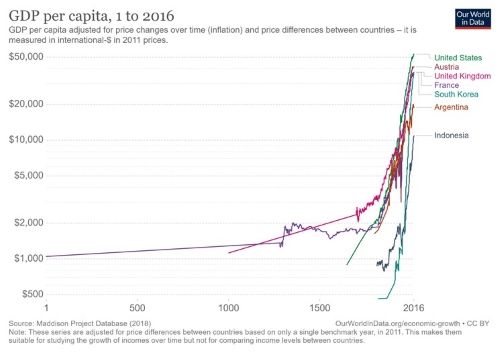 Global per capita income has grown substantially in the last few centuries, bringing substantial prosperity for some alongside it. But it hasn’t grown as a simple function of compounding. The chart above—which is in logarithmic scale to properly show rates of change—clearly shows that something happened between 1500 and 2016 that kicked growth into high gear.

We often attribute this to innovation and trade. And certainly, new technologies like the printing press played some role in stoking growth.

But what role, exactly?

It is difficult and perhaps impossible to decompose economic aggregates like the ones above with enough precision to fully perform an attribution. But if one looks carefully at city-level data, a remarkable relationship emerges. The LSE’s Jeremiah Dittmar did just this, and found that cities which had printing presses in the late 1400s grew about 35% faster than those that didn’t.

Positive spillovers were limited by physical factors. Early printed materials were heavy and extremely sensitive to dampness, which made the diffusion of knowledge more difficult. The presence of printing presses also fostered important face-to-face interactions between scholars, merchants, craftsmen, and mechanics.

These interactions matter, because innovation doesn’t happen in a vacuum. Thanks to the work of Harvard Business School’s Michael Porter and others, we now understand that “clusters” of enterprises engaged in related activity reliably produce output that is globally competitive over the long term. Think about northern Italy’s advantages in manufacturing fashionable shoes or why so many mutual funds seem to be based in Boston.

Clearly the three golden rules of real estate investing—location, location, and location—matter to more than just practitioners of that discipline. They affect entire capital structures and to some degree define the attractiveness of participating in one.

As we learned from talking with Tom Kalil, the precise way that governments invest in innovation has material implications for future innovative enterprises. It is in the enlightened self-interest of every investor to support and defend thoughtful innovation policies, not just to assume that prosperity occurs as the natural side effect of a free market.

Sloane Ortel is a co-host of Free Money, a podcast which helps long-term investors free themselves from the shackles of short-term thinking. She is also a principal at River Orion, a consultancy that helps entrepreneurs and investment firms excel with value-added analysis, creative synthesis, and strategic interventions.