Do Private Equity Alternative Vehicles Benefit Some LPs More Than Others? 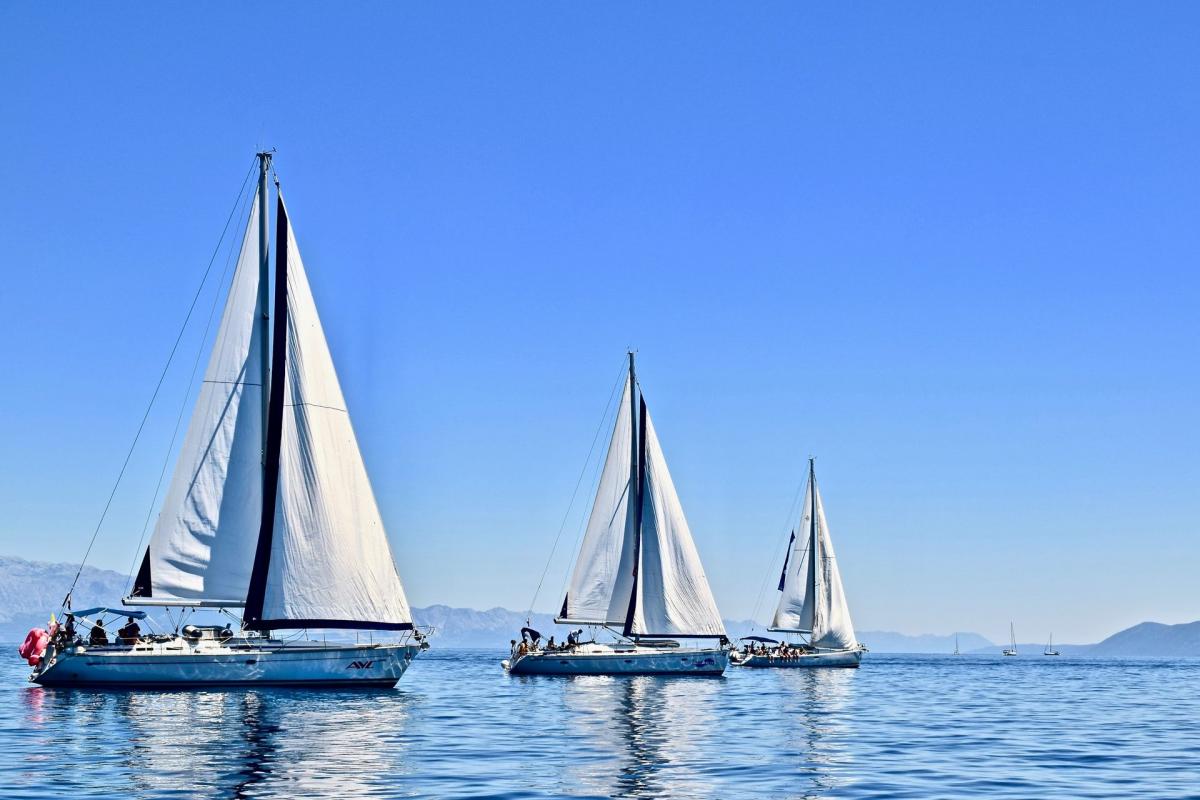 This post summarizes the following study, which is forthcoming in the Journal of Financial Economics: Lerner, Josh and Mao, Jason and Schoar, Antoinette and Zhang, Nan R., Investing Outside the Box: Evidence from Alternative Vehicles in Private Equity (May 5, 2020). Harvard Business School Entrepreneurial Management Working Paper No. 19-012, Harvard Business School Finance Working Paper No. 19-012.

The last two decades have seen a significant transformation of the structure of the private equity (PE) industry. Not only has the amount of capital under management by buyout, venture, and private debt funds grown dramatically, but general partnerships (GPs) have increasingly offered alternatives to their traditional monolithic large funds, such as co-investment vehicles, parallel funds, feeder funds, and more. Using novel data from State Street, along with recent research by Antoinette Schoar of MIT, Nan Zhang and Jason Mao of State Street, and myself, we documented for the first time several key facts about the growth of these alternative vehicles (AVs) over the last four decades. We show that by 2017, alternative vehicles constituted almost 40% of all capital raised in private equity and were especially prevalent for buyout firms.

Our analysis suggests that the rapid rise of alternative vehicles answers some of the most enduring puzzles in private capital. The prior literature has highlighted three puzzles in the relationship between limited and general partners. The first is the tendency of many partnerships not to drastically increase fund sizes or assets under management, despite the presence of superior performance and high demand. The second is the bunching of management fees across funds, seemingly independent of their performance. The final dimension is the apparent homogeneity of returns offered to different LPs, even if these investors have dramatically different characteristics or bargaining power vis-a-vis the GPs. Our results suggest that many of these seeming anomalies disappear once the impact of AVs is considered: the differentiation in bargaining power and outside opportunities across LPs and GPs are much more evident in these AVs.

We examine these questions using a data set covering all investment vehicles organized by private equity funds—whether groups specializing in buyouts (including growth capital), venture, or private debt—invested in by 108 asset owners with PE holdings and for whom State Street Corporation acts as a custodian. The data capture all cash flows between the LPs and the PE managers in their portfolios. Together, they represent $500 billion dollars of commitments and 20,000 investments. We highlight four sets of findings.

First, we show that over the last two decades, larger and later-stage partnerships set up more AVs and raised more capital in AVs relative to other GPs. The relative performance of AVs, benchmarked against the main funds of the associated partnership, was below their main funds. We also find that the average AVs offered by partnerships with high performance (measured using public market equivalents, or PMEs) outperformed those from low-PME partnerships.

Second, our evidence is consistent with the hypothesis that the returns investors can achieve in alternative vehicles reflect a bargaining process between GPs and LPs. Earlier papers have questioned why net-of-fee returns (and fees themselves) in private equity have been so uniform across LPs, even when there is large heterogeneity in the attractiveness, sophistication, and bargaining power among LPs. For example, LPs may be more attractive to GPs if they have abundant financial resources, greater value-added, or an ability to provide GPs with “liquidity insurance” in bad times. A key prediction of the bargaining hypothesis is that GPs should match the return of the AVs they offer to the outside options of the LPs.

Moreover, even when different LPs can get access to AVs associated with a given partnership, we find that top LPs have slightly better performance than lower-tier LPs holding constant the GPs. This result is only significant for LPs investing with top GPs, and particularly in discretionary AVs. For LPs investing with lower-tier GPs, the difference in outcomes is not significant. These performance results, which we term “match-specific performance,” also support the idea that top GPs take into consideration the outside options of their LPs when offering them access to AVs.

This match-specific performance does not appear to be driven solely by the inability of some LPs to understand their investment opportunities. We find that the investments that lower-performance LPs make in the AVs of top GPs still perform as well the rest of these LPs’ PE portfolios. It appears that LPs realistically assess the relative performance between different opportunities presented to them. In addition, we show that the match-specific differences in performance are not explained by some LPs and GPs having prior relationships that could reduce information asymmetries: the results are unchanged even when controlling for any prior investment.

Third, we classify AVs into two broad sub-groups: discretionary vehicles and GP-directed vehicles. Discretionary vehicles include co-investment opportunities that are provided by a GP but in which the LP maintains discretion over which deals to invest in. Here the LP’s sophistication and understanding of the investment process significantly affect the quality of the decision. In contrast, GP-directed vehicles typically are funds that invest in similar deals as the main funds, where the GP retains all key decision-making powers. Practitioner accounts also suggest that certain large high-profile investors receive more co-investment opportunities and chances to access investments in other favored ways. We document that the biggest difference in access, as well as returns, between top versus lower-tier LPs is in discretionary vehicles. These findings again underscore that with the proliferation of AVs, the identity of the LP has become more important in the investment process.

In a final step, we ask what drives the match-specific performance that we document. Do the GPs alter the deal terms in the AVs? Alternatively, do they tailor either the systematic or idiosyncratic risk of the underlying deals included in the AVs differently? We show that AVs on average are smaller than main funds and thus have more idiosyncratic risk. However, we do not find that the level of idiosyncratic risk varies with AV returns in a meaningful way. To look at differences in systematic risk, we focus on the cash flows in and out of AVs and main funds. While we cannot see the exact deals that GPs invest in, we have the exact timestamp of cash in-flows and out-flows of the AVs and the associated main funds. This allows us to create a proxy of the overlap in investment between these vehicles. When looking at the set of AVs that have significant overlap with their main funds—and hence where the differences in systematic risk are likely to be small—we continue to see substantial match-specific performance. Similarly, using again the sample of AVs with significant overlap, we do not find evidence consistent with fee differentials between LPs driving the performance differences. In sum, it appears that a major factor in the performance differences between the AVs that top LPs invest in versus those accessed by lower-tier LPs is driven by differences in the expected (idiosyncratic) returns or quality of the underlying deals.

One may wonder why GPs use AVs in the first place, instead of simply negotiating different fee and carry arrangements with those LPs with greater bargaining power. We believe that the private equity industry has a number of unique structural features that make the use of alternative vehicles a more desirable option. Most importantly, GP performance is typically assessed based on main funds. Minor performance differentials in main funds can have important influences on their ability to raise future funds.  Indeed, the major data vendors (e.g., Burgiss and Preqin) have not gathered systematic data on alternative vehicles, so there is much less visibility about their performance than main funds. Thus, the consequences of underperformance in alternative vehicles are much lower. If private equity groups indeed face diminishing returns on their investment dollars, as earlier papers suggest, even the LPs in the main fund would prefer this differentiated strategy to mere increases in the size of the main fund. In addition, top-tier GPs might prefer having a homogenous set of fellow LPs to invest with, rather than opening up the main fund to lower-tier investors who might be less experienced or more likely to be subject to liquidity shocks. Finally, the industry has a long-standing tradition of limited partnerships typically not treating their major investors differently. One common provision regarding fund economics is the “most favored nation” clause, which ensures that LPs who make similar-sized fund commitments will have equal economics in the main fund. Practitioners report that GPs frequently share their main fund partnership agreements (or relevant excerpts thereof) with other LPs, in order for them to ensure that no one else received better terms. So, breaking out of this equilibrium for the main funds might be prohibitively difficult.