What the OCC’s Letter Means for PASTOs 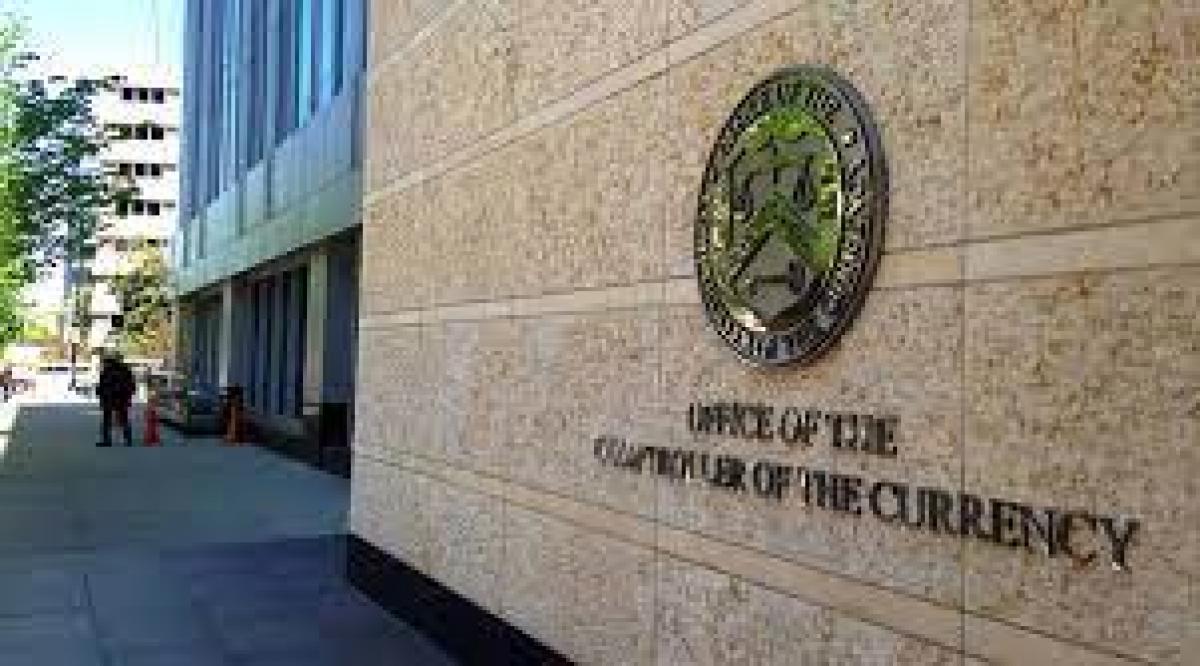 In a recent paper, my colleagues and I discussed the creation of private asset security token offerings (PASTOs), which are essentially frictionless representations of investor interests in private asset portfolios in token form. Such a phenomenon is possible thanks to the help of oracles, which are programming languages that allow for information to be easily transformed from current traditional financial technology infrastructure to cryptographically enabled distributed ledger environments. The use of these tokens for private equity and venture investments (either funds or as part of the cap table) can be expediated by first recognising the value of the underlying portfolio as separate from the transactional events of the secondary sale of the LP interest.

To recap for illustrative purposes, a private equity fund PASTO created through an access fund for non-institutional investors could take the form of:

and the subsequent LP interest with $100k investment in such fund would be the equivalent of two PASTO tokens.

In the primary state, meaning when the LP has no interest in selling her interest in the fund, the PASTO is synonymous to a stable coin. PASTOs, by design, are for private assets secondary markets as stable coins are for payment activities. As defined by the OCC in the interpretative letter issued Jan 2021, “a stablecoin is a type of cryptocurrency that is designed to have a stable value … with some stablecoins…backed by a fiat currency, such as the U.S. dollar. Fiat-backed stablecoins can typically be exchanged for the underlying fiat currency, where one unit of the stablecoin can be exchanged for one unit of the underlying fiat currency.”  The definition of stablecoins also includes tokenised offerings backed by other assets. As regards to its use, which is for payment activities, the OCC further noted that “the stablecoin represents a mechanism for storing, transferring, transmitting, and exchanging the underlying fiat currency value, all of which are key to facilitate payment activities.”

The Interpretation Letter by the OCC on Jan 4th paved way for payment-related activities that involved the use of new technologies including independent node verification networks (INVNs) and stablecoins for bank permissible functions. INVNs are fundamental to the PASTOs architecture and environment, making the clearance by OCC fundamental to its development.

Why is this relevant for PASTOs?

When we were thinking about how democratisation of privately held assets could flourish, we noted that the existence of an accessible, efficient secondary market would be critical. Going further beyond that, the operation of a secondary market, as we know it today, could be optimised if the concept of PASTOs is well understood and adopted. The main hindrance back then (prior to the Interpretative Letter by the OCC) had been the acceptance of such tokens by regulators in the first instance. With this letter, that hurdle has now been removed. And so, what are the implications for private equity or venture capital managers, enterprises, and investors?

For private equity and venture capital managers the opportunity to tokenise portfolios introduces both portfolio transparency for investors and efficiency in the operation of secondary markets. One of the longstanding perceptions surrounding private assets lies in the fact that such portfolios have traditionally been opaque; although, through better investor relations and more forthcoming digital communications, companies that such funds invest in, as well as the portfolio management processes, are now in clearer sight. Digitisation not only improves transparency, but it also allows the shedding of old views, which may no longer hold true in many respects. Given their efficiency, we initially argued the need for PASTOs as the foundations of an efficient secondary market for both institutional and non-institutional investors. PASTOs allow investors to change their allocations up and down at their behest. If this can happen without hindrance, capital can circulate without stress and effectively the pie expands for all involved. Preqin has estimated an emerging sizable market of more than $6 trillion from the wealth market alone. By the last account, ultra-high net worth (UHNW) and family office (FO) investors hold about $16 trillion of illiquid assets globally, and this is set to grow to $24 trillion in the next five years. In our view, the expected growth would, however, be stunted if there is no effective avenue for investors to sell and buy and explore future opportunities on an effective secondary market. Since the initial securitisation of equities and debt instruments in the 1900s, publicly listed secondary markets have been instrumental in cultivating the $110 trillion market we see today. Private equity and venture secondary markets, currently available to institutional sized capital and inaccessible to mainstream investors is at circa $40billion. The innovation provided by PASTOs would be instrumental in developing the secondary markets for private assets and move it further along.

For enterprises such as private banks, family offices, wealth managers, and other capital managers including crowdfunding platforms that serve a variety of non-institutional clients, the implementation of PASTOs is a channel for innovation and further product extensions. The demand for digitised assets has increased as they mature to become an asset class. In the same way that clients hold physical cash and use electronic cards (or other electronic forms) as the mechanism to transfer value between physical and digital states, PASTOs become the mechanism through which value could be exchanged from the physical LPA to a digital asset. The transparency awarded to the end client further increases informed adoption of private assets and consequently contributes to more efficient secondary markets.

The first question that is typically asked is how far could this go? Let’s start to find an answer by looking at the depth of the supporting market. According to Preqin, formally organised private asset funds and alternative assets could increase by another $7 trillion over the five years from 2020 to $17 trillion. Private equity and venture funds (excluding direct deals and other arrangements) could grow by another $5 trillion over the same period. Further research supports an increase of $8 trillion to illiquid assets held by UHNW or FO investors over the next five years (note that there could be overlap with the Preqin data, as this group also invests in funds). Crowdfunding platforms in the US, UK, and the Netherlands—which when combined amount to approximately 862 platforms and growing—have roughly $78 billion locked in equity and debt structures, whilst a majority of capital invested in some 140,000 early-stage companies by angel investors and other early-stage investors for example would benefit from capital circulation. In effect, there is a lot of evidence to support a growth in illiquid assets over the next five years and more evidence and support for digital assets in investor portfolios. And rightfully so. The market for digital assets including other crypto variants have also come of age having grown to an institutional level of $350 billion (as at Sept 2020) with more than 6000 different crypto assets in existence.

The additional questions relating to the prospective depth of PASTOs typically questions the underlying technology. Is the supporting technology developed enough to sustain the issuance of PASTOs? Are the base technologies—distributed ledgers and blockchain—stable enough to contain the prospective market of PASTOs? For this, we look to the underlying technologies as mentioned above. Most enterprise blockchain projects are carried on a handful of protocols, such as Corda, Ripple, Hyper Ledger, or Ethereum, which at just six years past its official launch in 2015 is the most popular protocol used by developers for new projects given the adaptability of the programming language. There were, on average, between 866 average weekly commitments of core development on the Ethereum protocol and close to 761 average weekly commitments of projects on Cardano over 2020. Although these environments experienced a drop around November last year, the pace of commitments have remained steady. Transactional volumes on decentralised applications (dApps) have also increased dramatically over the past year from $21bn in 2019 to $270bn in 2020. 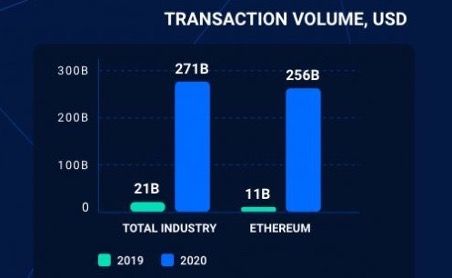 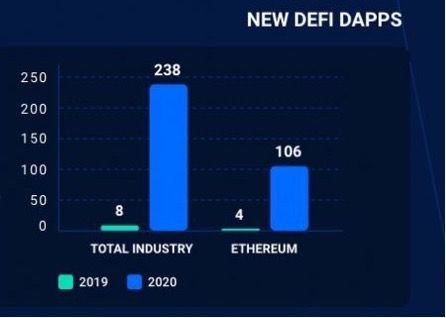 With regards to the related asset management products, the total AUM of institutional digital assets investment products increased by close to 6%, just within the month-long period from February 22 to March 22, 2021, to $58.7. billion. The derivative markets for digital assets represent around 48% of the total crypto market with volumes of $2.7 trillion (as at March 2021) showing continuing depth. Most of the data on the market concerns the payments usage of IVNs (a.k.a. currencies). Nonetheless, as the currencies are developed on protocols, the market statistics reflects market depth and is a useful gauge for other dApps and most certainly the development of DeFi.

Following the OCC’s interpretative letter for PASTOs, the crypto markets have grown and continue to mature in core technology developments and dApps—to the degree that the acceptance of crypto assets by institutional investors now cannot be ignored. The clarity provided by the OCC helps the adoption of PASTOs by private equity and venture capital managers, as well as enterprises in product development projects for clients. The adoption of PASTOs will be increasingly instrumental as both the next frontier and as a backbone to the development of private asset strategies. We believe a buoyant secondary market will be necessary for the expected $8 trillion growth of illiquid assets to be held by non-institutional investors over the next five years.

Ms Ofori has 19 years investment industry experience, is a frequent speaker at industry events, and was named Finalist for the Investment Week Investment Woman of the Year Award (Small to Medium Business) 2019. She was a Milken Institute Young Leader in 2017, sat on the CFA UK Continuing Education Committee for five years and the Education Committee for 100 Women in Finance for three years. Ms Ofori is a CFA charterholder and a CAIA Charterholder. She has completed Executive Education at Columbia Business School, New York. She holds a Masters (MSc) in Financial Management and an Honors degree in business studies from The Robert Gordon University, Aberdeen Scotland.