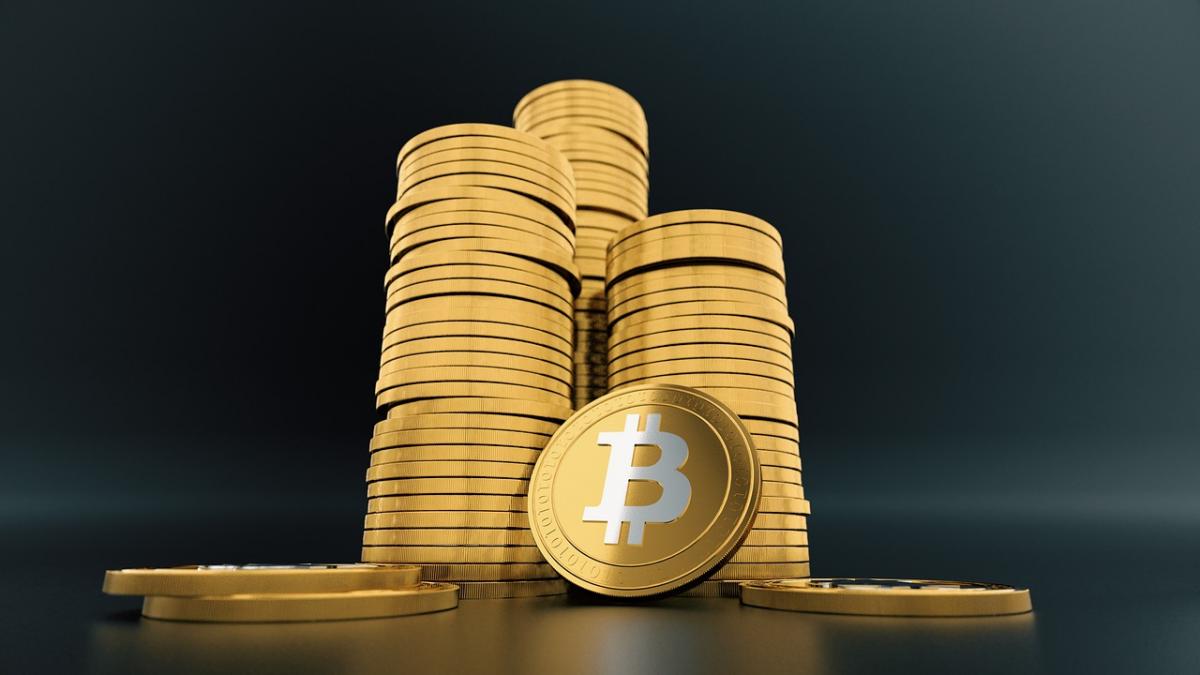 The U.S. and China don’t agree on much these days. But there’s one issue on which both superpowers see eye to eye: the regulation of “stablecoins”, a special type of crypto assets that pegs its value to conventional money.

On July 16, 2021, US treasury secretary Janet Yellen called on the President's Working Group (PWG) to develop a regulatory framework for cryptocurrencies. Specifically, Yellen pushed financial regulators to draft stablecoin rules, due to its “potential risks to end-users, the financial system, and national security." The PWG meeting was promptly held on July 19, the following Monday, and it announced the plan to issue recommendations about stablecoin regulations within the next few months. “The secretary underscored the need to act quickly to ensure there is an appropriate US regulatory framework in place,” the Treasury reported.

It may be a coincidence but on the same July 16, the People’s Bank of China (PBOC, China’s central bank) issued a white paper on its development of China’s digital currency (e-CNY), where the PBOC cited the rapid growth in cryptocurrencies, especially global stablecoins, as a driver for its research and development of e-CNY. (Globally, China has taken the lead in digital currency push, and it is likely to be the first major economy to introduce a sovereign digital currency.)

Why are stablecoins so important? For a comparison, Bitcoin is exciting: its price swoops and dives. Such volatility has made Bitcoin well known to the public. But the stablecoins are the opposite, which are crypto tokens pegged or linked to the value of fiat currencies. Because they are boring, they are equally useful: these stablecoins are embedded in crypto trading and lending platforms. How do people trade paper dollar for crypto assets (or crypto-to-crypto)? Usually, they use stablecoins as the medium.

In July 2021, nearly three-quarters of trading on all crypto trading platforms occurred between a stablecoin and some other token. Less well known to the public, the existing stablecoin market is worth more than $110 billion, including four large stablecoins — some of which have been around for seven years.

Stablecoins can be a bridge between two worlds that weren’t designed to mix – crypto assets and traditional finance. They make it easier to move funds in traditional currency onto crypto exchanges. Many exchanges don’t have the relationships with banks needed to offer regular currency deposits or withdrawals, but they can and do accept stablecoins such as Tether (also known as USDT, the most popular stablecoin).

As such, Tether is especially useful in the China crypto market, because it is the critical link for onshore Chinese investors, whose funding in Chinese RMB (CNY) is separate by Chinese regulators from the offshore USD market, to trade cryptocurrencies on platforms owned by overseas exchanges.

Because the stablecoins are at the center of the global crypto ecosystem, the corresponding regulation is equally important. US Treasury Department actions and China PBOC white paper are echoed by US Securities and Exchange Commission (SEC) Chairman Gary Gensler in his speech at the Apsen Security Forum in August 2021. Chairman Gensler said cryptocurrency markets were “rife with fraud, scams and abuse” and called on Congress to give his agency new regulatory powers. He also singled out stablecoins and explained the necessity of regulation from financial security and securities law perspectives (which also explains why the crypto talk happened at Apsen Security Forum).

First, from the financial security (and national security) perspective, “the use of stablecoins on these platforms may facilitate those seeking to sidestep a host of public policy goals connected to our traditional banking and financial system: anti-money laundering, tax compliance, sanctions, and the like”, said Gensler. The worry here is that the growing size of stablecoins has created a situation where huge amounts of U.S. dollar-equivalent coins are being exchanged without touching the U.S. financial system.

Second, from the securities regulation perspective, “these stablecoins also may be securities and investment companies.” To the extent they are, the SEC “will apply the full investor protections of the Investment Company Act and the other federal securities laws to these products.”

A third consideration, which has more to do with the US Treasury and Federal Reserve, is the stability (or the lack of) of the balance sheet of those stablecoins’ issuers.  Lawmakers and regulators have expressed alarm that retail investors are  not fully protected, should one of the stablecoin firms not have the backing they purport to have.

A useful comparison is with money-market funds, which were created in the 1970s to circumvent rules limiting the interest banks could pay depositors. After promising to maintain the value of their shares at a dollar, money-market funds blew up in 2008 in the global financial crisis. American taxpayers stepped in to forestall a fire sale of their assets and a crash in the market for commercial paper, on which the real economy depends. A collapse of stablecoins could look similar according to banking industry experts.

The reality is that few stablecoins say much about their balance-sheets. “They are like money funds, they’re like bank deposits and they’re growing incredibly fast but without appropriate regulation,” US Federal Reserve Chairman Collin Powell said in testimony before Congress. Tether recently made available an assurance opinion by an independent accountant confirming that all Tether tokens are fully backed by Tether’s reserves but disclosures of the breakdown of its assets fall far below the standards expected of a bank. And compared to a money market fund that typically invests all  assets in “cash and cash equivalent”, of the assets backing the Tether tokens in March only about 5% were cash or Treasury bills, according to its public disclosures, and most of the assets were riskier—about half of them commercial paper.

Meanwhile, Circle, the backer of USD Coin (USDC), the second-biggest stablecoin, intends to “become the most public and transparent operator of full-reserve stablecoins in the market today”, according to Circle founder Jeremy Allaire’s twitter recently. But USDC’s latest public disclosure released on July 16 was still a simple attestation as to USDC’s reserve assets on a single day way back in May. This is merely a monthly verification of the issuer’s bank balance. Minutes after the attestation, the stablecoin issuer could simply transfer funds elsewhere.

In summary, it may be stablecoins’ turn in the regulatory spotlight. China’s crypto mining and trading crackdown started in May was like the tipping point that urged regulators across the globe to accelerate crypto-related lawmaking in their own markets. PBOC’s digital currency white paper in July is China’s official start of stablecoins regulation, and it may stimulate similar regulations elsewhere in the world.

In the US, at the end of July US Congressman Don Beyer started pushing the “overdue process” of updating crypto regulations, including a provision to potentially provide the U.S. Treasury Secretary the authority to permit or prohibit US dollar and other fiat-based stablecoins. At the same time, the new bill aims to provide the Federal Reserve with explicit authority to issue a digital version of the U.S. dollar, which may further stimulate the U.S. to develop a “comprehensive legal framework” for crypto assets.

Given the common focus on stablecoins by the US Treasury department, Federal Reserve, the SEC, and the legislature, the regulation of stablecoins may emerge soon in the US. Furthermore, as Circle has announced its plan to go IPO through a SPAC transaction, which will subject the company to SEC disclosure rules, it’s possible that a publicly listed stablecoin like USDC will result in better market understanding of the industry like the recent listed crypto exchange Coinbase.

While many countries have started their regulatory actions on cryptocurrency transactions and related exchanges, most likely they will only have limited impact on the decentralized businesses of major crypto players. But what happens in China and the U.S. might be another story. What matters most to stablecoins in terms of regulation will be China and the U.S., the two largest crypto markets and also the two most powerful regulatory enforcers. Furthermore, US-China’s new regulatory framework may influence many countries’ regulatory actions against stablecoins.

But that may be a constructive development for the broad crypto market. Since stablecoins are the fundamental infrastructure for the entire digital asset industry, their complete and transparent disclosure is critical. When the space cleans up from fraud and manipulation, the broad blockchain industry can realize the true value of coins that are needed as gas for smart contracts. 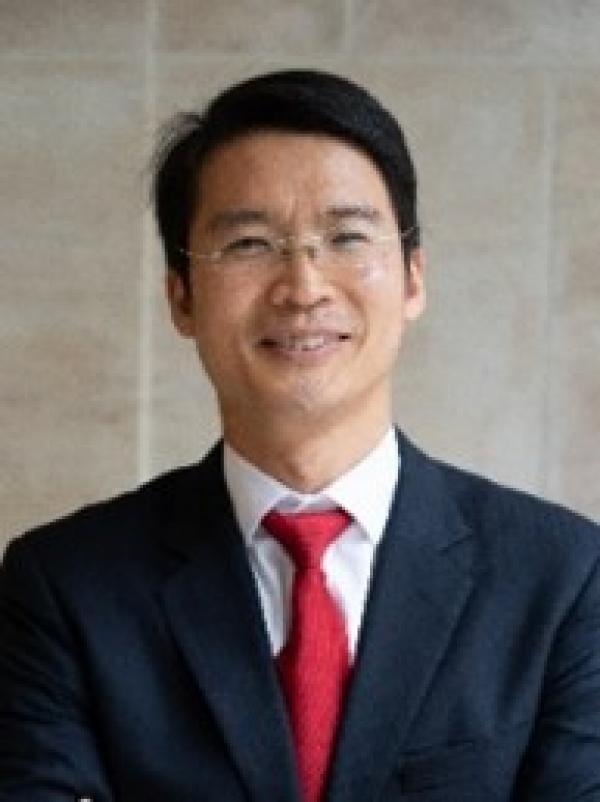 Winston Ma, CFA & Esq. (@Winston_W_Ma), is a Founding Partner of CloudTree Ventures and an adjunct professor at the NYU School of Law. He is the former managing director and head of the North America office at China Investment Corporation (CIC), and author of Investing in China, China's Mobile Economy, The Hunt for Unicorns, and The Digital War.