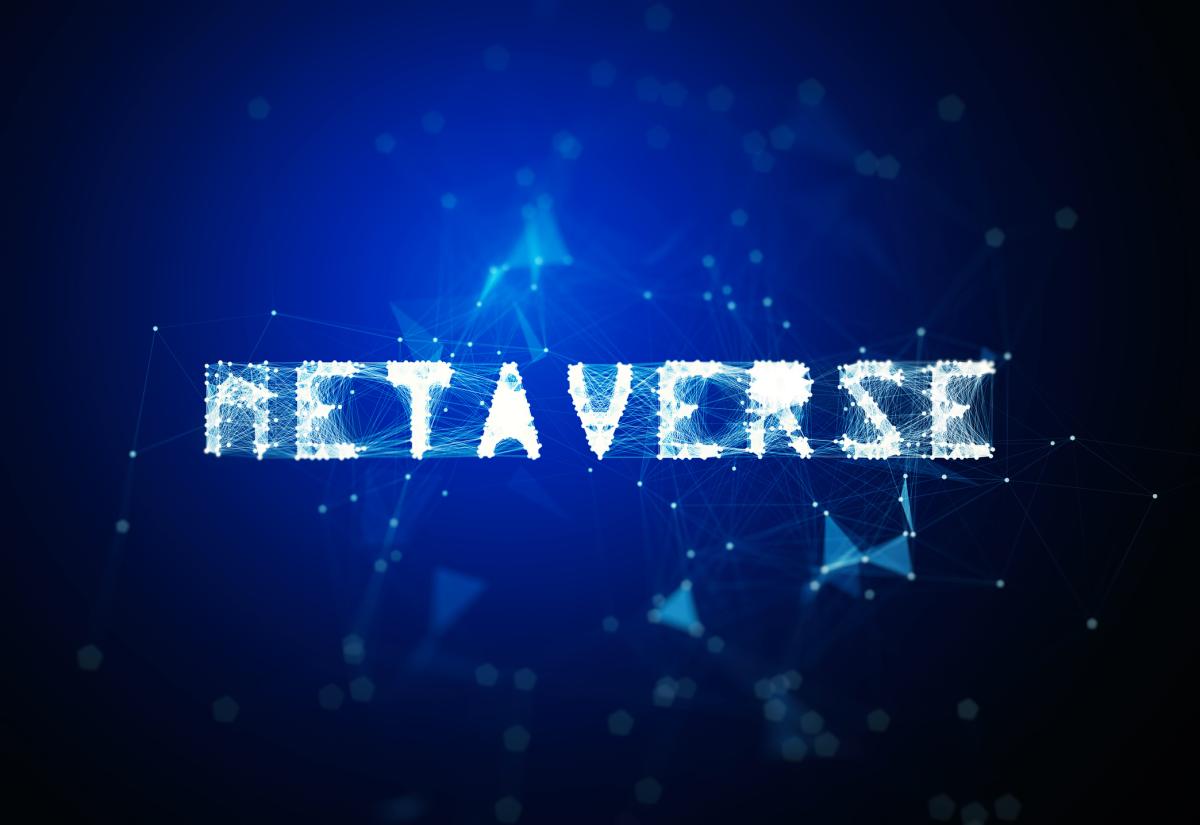 There is a silent war afoot and few realize the impact it could have on all of us.  Before we delve into that, there is important groundwork that must be presented.  What is The Metaverse?

Facebook drew a lot of attention to this subject when it announced it was changing its name to Meta.  The term metaverse originated from a 1992 fictional novel, Snow Crash, written by Neal Stephenson.  He created a portmanteau of “meta” and “universe” to describe an urban, virtual world with one road called “the Street” that runs completely around a spherical planet.  People interact with this world by wearing virtual reality goggles.

The definition of Metaverse is evolving daily, but the best definition to date is: a collection of sub-metaverses, or metaverses (lower case).  As a parallel, think of planet Earth being equivalent to a lower case metaverse, and the universe consisting of all stars and planets being akin to The Metaverse (upper case).  In the future, these various metaverses will increasingly have degrees of overlap, integration, and/or cross-compatibility.  For example, a certain cryptocurrency may be the de facto unit of exchange within several different metaverses.  Similarly, there may be video chat capability that will enable concurrent communication between individuals in several otherwise distinct metaverses. Perhaps there will be clothing worn by avatars in the form of Non-fungible Tokens (NFTs) that can be transferred between and used within, various metaverses.  For example, these avatars might wear distinctive garb such as a baseball cap that can travel with their avatar to different metaverses and provide a consistent visual appearance so that one can be instantly identified and suit the preferences of the operator.

Someday, sooner than most think, the wearables used to interact with The Metaverse via Virtual Reality (VR) and Augmented Reality (AR) will be much lighter and perhaps even indistinguishable from regular corrective vision glasses.  In addition to improved battery technology, much of the calculations necessary to provide the user experience will be done at the edge, meaning the wearable will become more of a display-only instrument.  This reduces the need for advanced onboard processors, thereby reducing size and power requirements.

Combine the improved wearables with demographics reflecting increasingly tech-savvy generations, and it is not impossible to conclude that the human species will interact with one another and the world around us in profoundly new ways.  Imagine sitting on the beach sipping an adult beverage watching the waves roll in while also watching a movie on Netflix in the top right corner of your AR sunglasses.  It will someday be possible to have meetings in which there are some in-person participants and others joining remotely via AR/VR in a seamless fashion, enabling collaboration without co-location.  To take this concept to the extreme, the novel Snow Crash, described a subculture of people who never left the virtual world who were referred to as gargoyles because of their grotesque physical appearance. 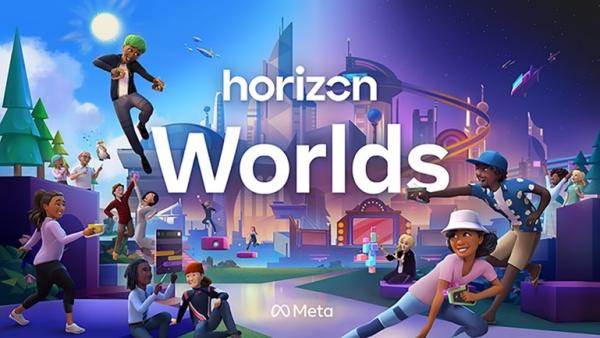 The two most prominent metaverses of today are Horizon Worlds (“Horizon”) on the Oculus platform and Decentraland, a virtual world where a native cryptocurrency called MANA can be used to buy virtual clothing, real estate, and more.  MANA can be purchased via USD or by swapping another cryptocurrency, therefore it does cost “real money” to buy things in this world.

When contrasting these two metaverses, there are important differences. Horizon is centralized and governed by Oculus, which is owned by Meta (formerly Facebook).  Decentraland, as the name implies, is decentralized. There is no central government or corporation dictating the rules, design, or any other components of the world.   Decentraland is governed by a Decentralized Autonomous Organization (DAO).  The DAO was created with a large endowment of MANA tokens it uses to remain autonomous and subsidize various operations and initiatives throughout the virtual world.  Community members, through the DAO, vote on changes such as, but not limited to, upgrading real estate to add more features, setting dates for future land auctions, setting marketplace fees, and electing security council members.

Now on to the newsworthy information you need to know:  the silent war.  Mark Zuckerberg is engaged in the fight.  Facebook changed their company’s name to Meta for a reason!  First, they bought Oculus, the manufacturer of some of the best virtual reality headsets on the market.  These headsets are being sold below their manufacturing cost because Zuckerberg wants everyone to buy his headset, which will naturally corral everyone into his metaverse.  With increased eyeballs and interaction on a platform comes increased advertising revenue and other benefits that come with the Network Effect.

Additionally, if everyone is in one metaverse, the central governing authority can dictate in which currency or currencies transactions can be made, the fee structure, and who will be banned or have their virtual privileges restricted.  This is a profound consideration because, as we have seen with “Big Tech” social media platforms, they are seemingly allowed to censor speech based on their own policy framework.  Many individuals feel this power has been abused of late, while some argue that private corporations have the right to decide what content is allowed on their respective platforms without intervention.  If Meta succeeds in becoming the only relevant metaverse, they will be the de facto judge, jury, and executioner of their minions. 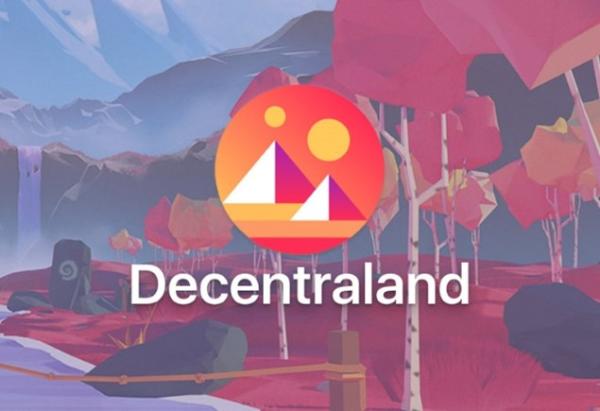 There are also important tax considerations.  During COVID lockdowns, individuals who normally commuted into New York City from out-of-state were instead working remotely from their homes.  Thus, their states of residence began requiring they pay income taxes in lieu of paying taxes to New York State.  There will be a similar fight in cyberspace.  Governments and metaverses will soon be battling over tax revenue as more people end up being employed in the metaverse. For instance, a sales associate in a virtual Apple store may be selling iPhones.  Governments will argue that they are owed income taxes because metaverse workers are simply wearing goggles while still physically located in their jurisdiction.  The organization running the metaverse may argue the income is being earned in a virtual store leased to Apple within the metaverse and taxes are owed to them instead.

Another tax consideration is Meta may create a threshold above which individuals are deemed “too wealthy” and implement a monthly tax on the digital assets of those community members. These examples highlight the danger of a singular, centralized metaverse.   They might just get away with instituting their own income, sales, or other taxes without Congressional involvement.

By now, you can probably guess that my bias would be to do everything possible to help the Metaverse evolve into several prominent metaverses run by DAOs.  I wrote this piece as a warning in hopes of ensuring the freedoms we treasure in the United States are preserved as we transition into the Metaverse.  The war is at our doorstep and to be forewarned is to be forearmed. 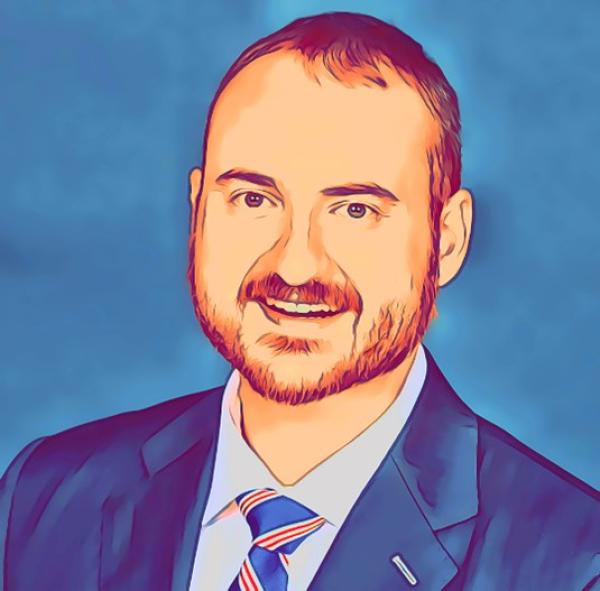 He holds a Bachelor of Science in Finance from Penn State University, a Master of Science in Finance from American University, and a Business Innovation and Application of Blockchain Technologies certification from MIT Sloan School of Management.  Derek is Chief Financial Officer of a blockchain start-up currently in stealth mode and has previously worked for Cambridge Associates, The Carlyle Group, and MidCap Financial.