What Will Define the Portfolios of Tomorrow? 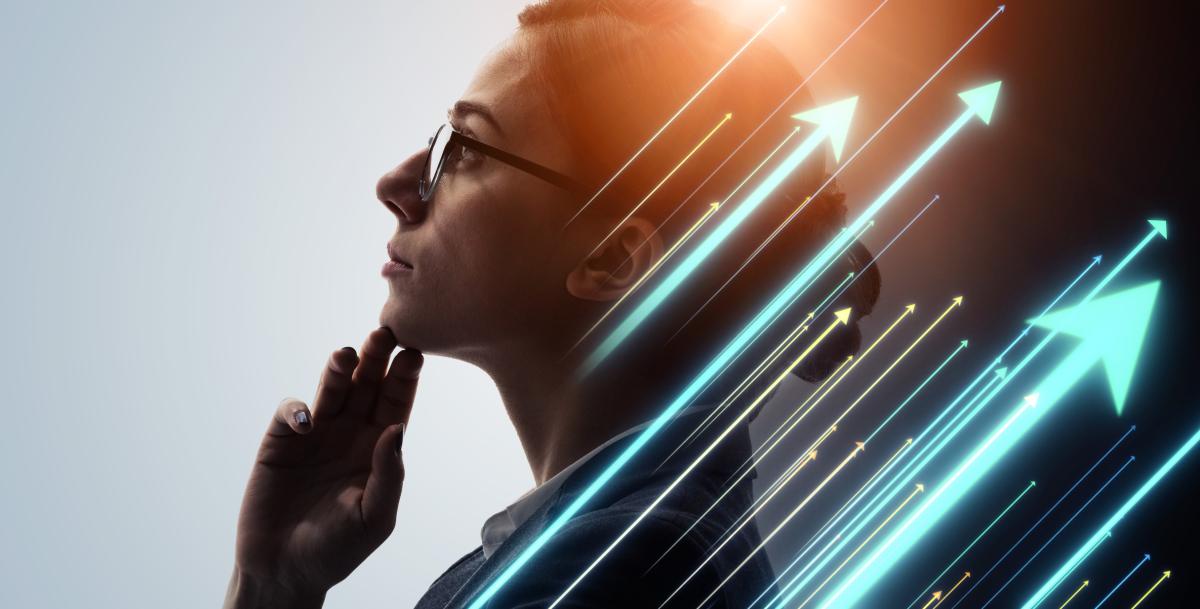 What came to be known as “modern art” had its beginnings around a century and a half ago.  The Oxford English Dictionary has a definition for “modern” as “of or relating to the present and recent times, as opposed to the remote past.”  That’s a strange term to apply to art, which is ever-changing, but it stuck.  Many of the most popular pieces in the Museum of Modern Art aren’t modern.

Modern portfolio theory suffers from some of the same burdens.  It is now seventy years old — and investment practice has changed dramatically during that time.  The principles of MPT have been widely adopted over that time, even as its shortcomings in application have been noted.  That has led to various “post-modern” theories and approaches to augment or replace MPT.

At the same time, industry participants are (always) trying to anticipate the environments to come — and the strategies that will work.  Two recent white papers serve as examples.

The intent of the first, CAIA Association’s “Portfolio for the Future” (a phrase it has trademarked), is indicated by the subtitle, “A practitioner’s guide to the five essential marks of effective capital allocation.”

It starts with a short “Funeral for the Past” prelude, which summarizes the astonishing growth of the “alternative” (another term which needs a refresh) investment industry over time.  Bill Kelly of CAIA writes, “The opportunity for alpha is not gone, but the low-hanging fruit has long been harvested, and the path toward higher absolute returns has gotten far more nuanced.”

The core of the paper is the exposition of those five marks that CAIA thinks will define successful portfolios and organizations going forward, namely:  broadly diversified, less liquid, rooted in a fiduciary mindset, actively engaged, and dependent on operational alpha.  The sections about each are authored by industry participants, as noted below.

Broadly diversified (Mark Anson, Commonfund).  Anson focuses on what he calls the “Beta Continuum,” which lists ten different types of beta across a spectrum from “systematic risk premiums” to “active returns.”   (More terminology upgrades are needed here too.)

What about cryptocurrency beta?  How should you think about that in an allocation analysis?  Anson puts it in an MPT context:

At this level of risk, Bitcoin fails to work within any mean/variance structure that is typically associated with the allocation of an institutional portfolio across beta markets.

While the section deals with some of the issues of the blurred lines between alpha and beta, other big issues deserved to be included, like the increased correlations that show up at times of crisis — and the faux-diversification that is caused by the infrequent and smoothed pricing of private vehicles (and which is still being used by some as a marketing lever).

Less liquid (Andrea Auerbach, Cambridge Associates).  The private markets allow asset owners to “embed exposure to greater portions of economies in a way that is simply not possible via the public markets,” given the more diverse set of companies and vehicles that are available.

While Auerbach notes some of the changes that have happened over time, she says that “the return expectation of private equity has not wavered since I first set foot in this arena in 1991,” which seems to validate concerns that expectations may be too rosy given today’s environment.  If, as CAIA’s John Bowman states elsewhere, “we are in the twilight of a four-decade economic super wave,” then there should be a greater focus on what will happen if we get into the kind of sustained challenging environment that we haven’t witnessed yet.  High hopes and high allocations could shake the patience that Auerbach counsels.

Investment is an agency business with massive commercial pressures, so we should not be surprised by our industry’s shortcomings and blemishes.  I would cite three major issues where industry failings are reasonably widespread:

Weaknesses in the value proposition where the value created does not match the fees charged.

Misalignments in the values of asset management firms with their clients.

Communications that fall short in accuracy and honesty.

He references a book about organizations (not just investment ones) that finds that they gravitate to:

the wrong sort of leadership . . ., an addiction to shallow branding, inauthentic communications, thoughtless attachment to conventional rules, and overly upbeat cultures.  The problems the researchers point out are that these factors seem to work positively in the short-term and only fall short in the longer-term.

That summary hits home in the investment ecosystem too, especially when you factor in the noisy signal of performance and the inferences about an organization that stem from it.

Actively engaged (Ann Simpson, Franklin Templeton).  The “takeaway” at the start of this piece:

The scale of capital flowing into sustainable investments, the broadening of support for shareholder activism, and the growing demand for rigorous standards to combat greenwashing are all evidence of a new “visible hand” in financial markets.

Simpson makes the case for activism, writing that “the common interest between savers, investors, companies, and wider society lies in ensuring that shared prosperity is sustainable.”  That won’t stop the debates about the pros and cons of that “visible hand.”

(This is an area that has been addressed previously on this site in “The ESG Juggernaut and Points of Pushback,” in the posting on Aswath Damodaran, and in several issues of the Fortnightly.  Upcoming are essays on proxy voting and climate change that will investigate related implications for investment practice.)

Dependent on operational alpha (Ashby Monk, Stanford Research Initiative on Long-Term Investing).  Monk differentiates between the structural advantages that some asset owners have and cultivated advantages, which are “based on the deployment of an investor’s limited resources and the intelligent investment of those resources.”

Investors “use four key production inputs to generate investment returns:  capital, people, process, and information.”  The “environmental enablers” that are used to improve them are governance, culture, and technology.  “Operational alpha” is the goal — “the efficient and effective implementation of a chosen investment model.”  It “requires a capacity for innovation, as it means changing the inputs to improve.”

John Bowman provides a summary to the CAIA offering by focusing on themes touched on by the other authors and from CAIA’s “research and conversations with investors.”  They include an ongoing blending of previous categories, including the emergence of “lifecycle equity investing” (across the various stages of private investment and into publicly-traded exposures), and a move away from “traditional” and “alternative” descriptions to focus on the underlying attributes of the different vehicles that are available.

He also says that “the liquidity of an asset is neither good nor bad — it merely reflects the ease of converting the asset or security into cash,” and that “the preoccupation with liquidity has led us to convert highly complex, leverage-unconstrained, eccentric strategies into regulated, retail vehicles,” with predictably poor results.

The “new 40” is another unfortunate construct, according to Bowman, who thinks that the rigid structure of the once-common and simple 60/40 model should not be replaced by any set way of conceptualizing what a portfolio should look like.

The other white paper concerns “The Postmodern Portfolio.”  That “crypto allocation thesis” comes from Grayscale.  (Its “suite of single asset and diversified funds offer investors comprehensive exposure to the digital asset market.”)

The firm argues that we are in “a macro environment where money supply growth and negative real rates have created a dynamic where not taking risks is actually one of the biggest risks.”

Capital market assumptions (CMAs) are the inputs to traditional MPT analyses.  Grayscale talks in terms of Long Term Crypto Market Assumptions (LTCMAs), and includes some numbers to plug into the model:

Speaking of 60/40, Grayscale promotes a “Global 60/40+Crypto Portfolio,” noting that portfolios “with 1%, 3%, and 5% Crypto Basket exposure over the last three years would have resulted in increasingly higher returns, with modestly higher volatility and maximum drawdowns, but with higher Sharpe Ratios.”

It is interesting that the MPT framework is used throughout the paper — a mashup of old theory and new vehicles that clashes with Mark Anson’s view above that “Bitcoin fails to work” in MPT.  In any case, the same old MPT problems exist:  it’s just a model and it’s sensitive to the assumptions used.  Unrealistic expectations render it meaningless.

The “add a little crypto” thesis has been gaining traction, with some asset owners seeing asymmetric possibilities — not fearing the effect of a small position going bad when compared to dreams of a parabolic move higher.  In the crypto community, it has become a matter of faith that big investors will approach things in that way, providing a self-fulfilling prophesy from the piling on that could result when 1% or 3% or 5% of the enormous base of institutional assets goes into crypto.

The two papers are different in many ways.  One comes from a firm with a clear book to talk, while the other was issued by an industry organization (although some would argue that CAIA and the authors it used are also representing their own interests).  The Grayscale approach is quantitative (but clearly based upon hazy beliefs about the future), while the CAIA theses are qualitative in nature.

However, they are similar in that they don’t depart much from the general assumptions of the present; they are mostly extensions of ideas that are on the table already.

That may be the right foundation.  After all, changes usually take place at the margin rather than coming out of the blue.  Asset owners need to weigh the various ideas to decide which ones will move their organizations — and their portfolios — forward.

This posting originally appeared in the Asset Owner category of The Investment Ecosystem.

Tom Brakke, CFA, principal of tjb research, provides advice to the leaders of investment organizations, including asset managers, institutional asset owners, wealth management firms, and other entities. His broad experience enables him to analyze a particular organization in the context of the overall investment ecosystem, by knowing the capabilities and motivations of rivals, partners, and clients.

All of Tom’s work is focused on improving current practices and identifying new ideas for leaders to consider. He regularly deals with issues of organizational design, investment process, decision making, the application of technology, the development of human capital, and the effective communication of investment ideas internally and externally.

Tom has evaluated many different kinds of investment organizations. His consulting, training, writing, and speaking mix research, logic, and creativity to present new possibilities for investment professionals and other fiduciaries to consider.

Tom worked for fifteen years in professional investment management roles with American Express Financial Advisors. With experience in both equities and fixed income, he held positions as an analyst, portfolio manager, and director of investment research. Tom was president of Advisory Capital Strategies, the firm's alternative investment division, and led a unit that created a variety of investment products. He subsequently taught at the University of Minnesota’s Carlson School of Management.

Thomas J. Brakke, LLC, which does business as tjb research, was formed in 2003, when Tom became an independent consultant for the Global Research Analyst Settlement.

Tom lives in the Twin Cities. 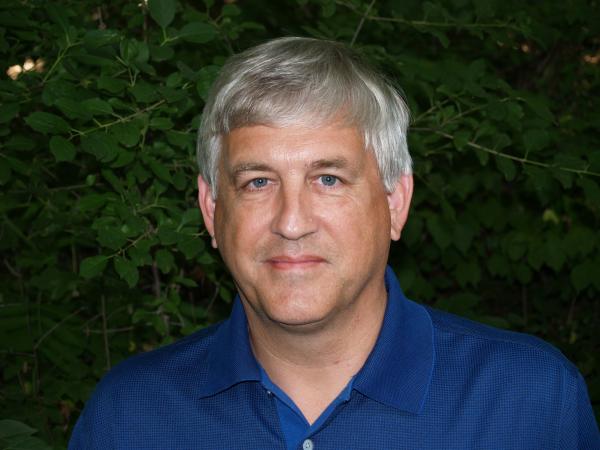