Celsius and the Cefi Apocalypse 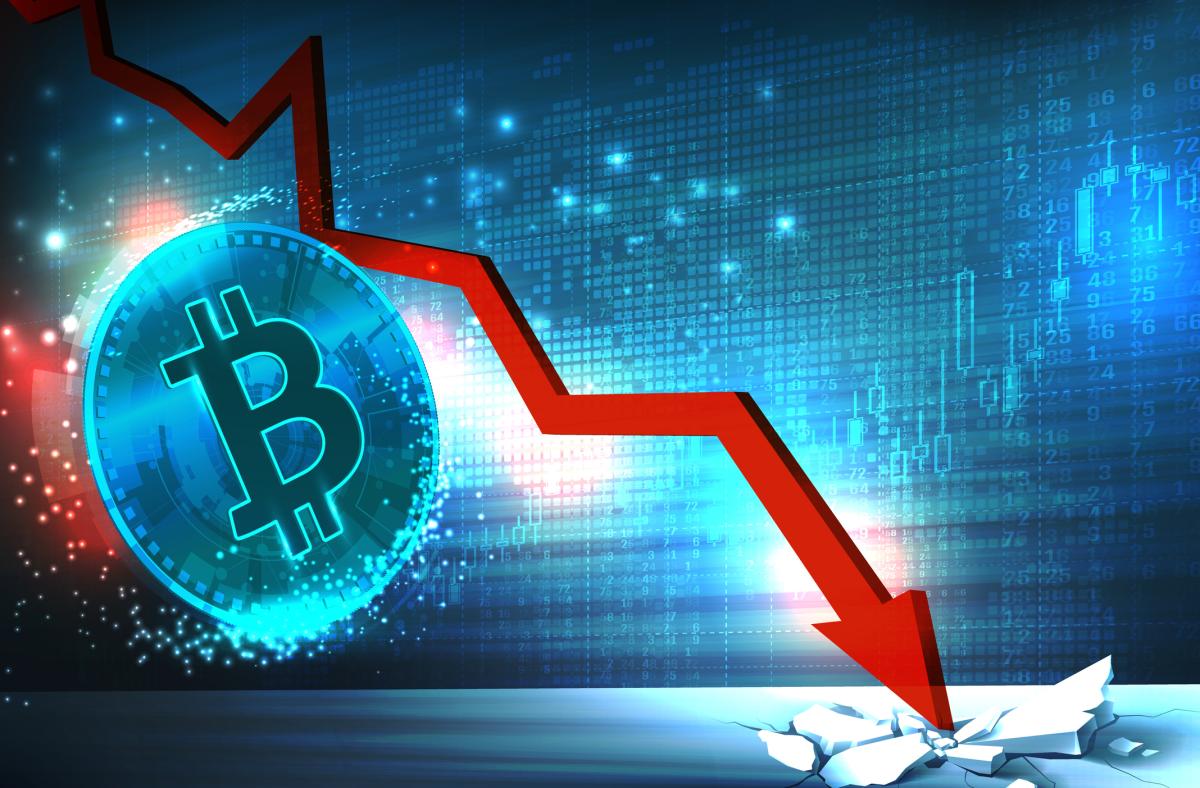 By George Aliferis, CAIA, CEO of Orama a video and audio marketing agency specializing in fintech and the content creator behind InvestOrama, a content platform that explores the future of investing across alternative assets, Defi and technology -but without the hype.

“Military-grade security,next-level transparency, and a do-it-all app to help you reach your financial goals”.

That’s the value proposition in 3 parts: Security - Transparency - Convenience that you can still see on the Celsius website, a leading crypto ‘lender’ that has filed for bankruptcy.

This proposition, combined with double-digit yields on USD-pegged tokens, made it irresistible for 1.7 million users. Unlike high yield bonds, there was no mark to market risk. Unlike fixed-term deposits, liquidity was instant. 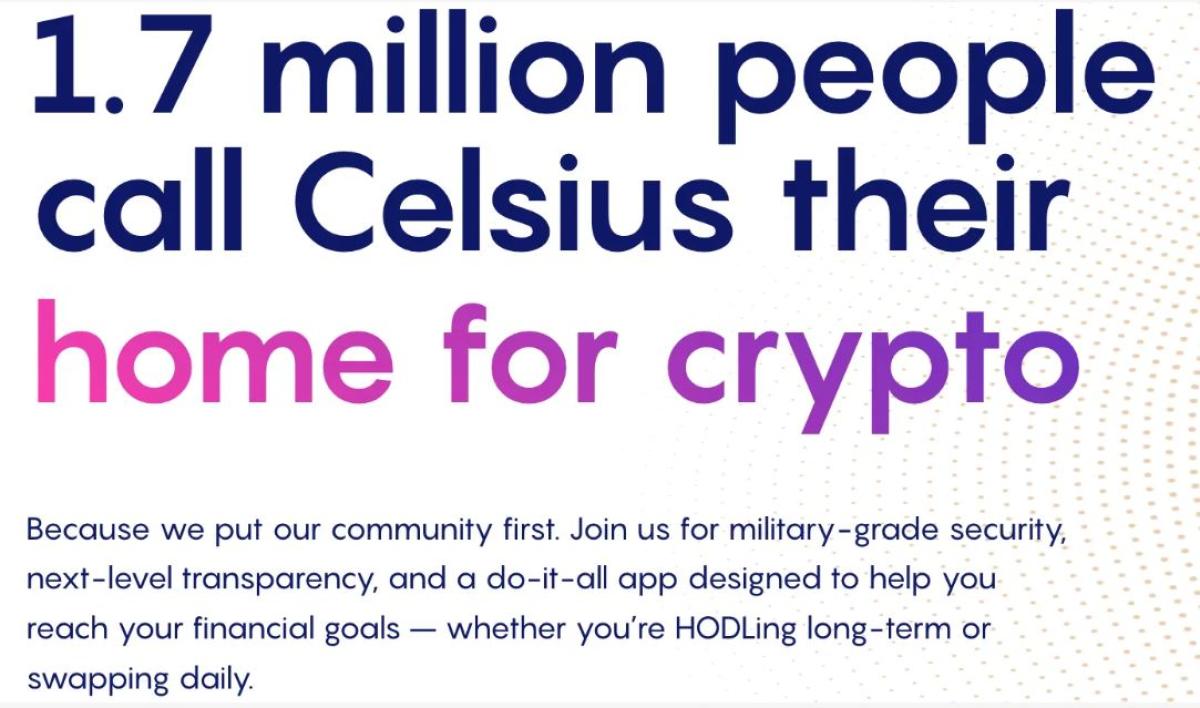 Celsius was launched in 2018, and by the end of the year, $50 million of crypto had been transferred onto its platform by users, mainly individual investors. By May of 2019, that number grew to  $200 million. By March of 2021, that number had grown to more than $10 billion.

The filing from July 2022 revealed that the company now has $4.3bn of assets, set against liabilities of $5.5bn, of which $4.7bn is owed to its users.

Celsius is not an isolated case. Other ‘Cefi’ platforms, such as Voyager, Babel, Blockfi or Vauld, ran into similar trouble and are at different stages of life support.

The filing offers transparency into an opaque industry whose promise proved too good to be true. From there, we can understand what went wrong and what it means for investors looking for yield in Defi.

The Celsius filing may not tell the complete story

Before diving into the filing, it is essential to note what may be missing.

The headline story for many media outlets is the ‘$1.2bn’’ deficit. However, some lines make it look optimistic. 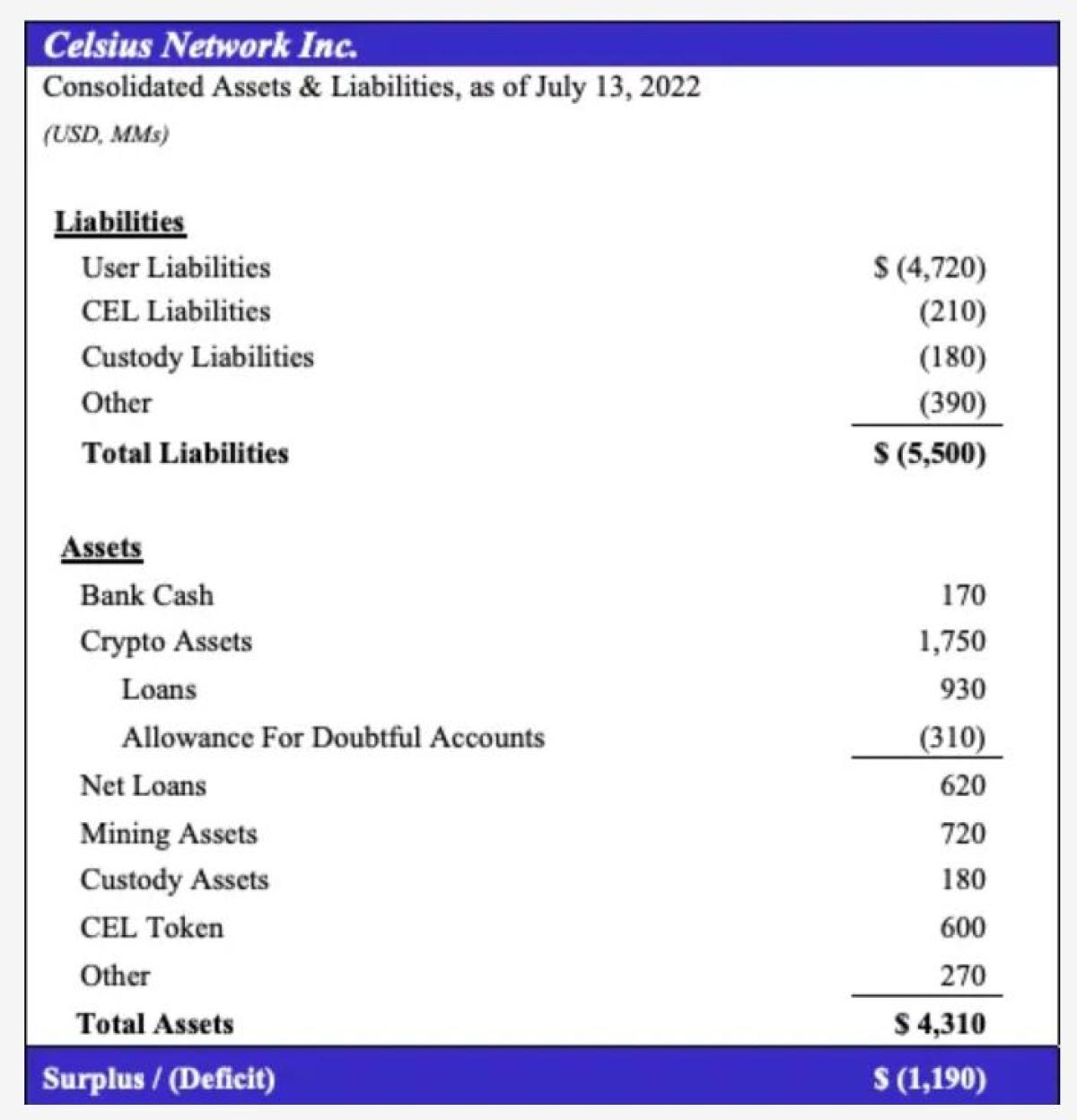 There could also be a darker side to the story. Arkham Research pointed out that Mashinsky, the CEO of Celsius, could have been a seller of CEL tokens in suspicious fashions while he was declaring that he was buying.

Regulators are investigating the accounts freeze. Celsius may have been encouraging inflows while knowing it was insolvent.

There may be more to the Celsius story, but we’ll take a restrictive approach limited to what the firm has disclosed in its filing.

The basic business model was to provide high ‘guaranteed’ yields on various assets.

Users could transfer their crypto assets to Celsius and benefit from the opportunity to borrow fiat, or other digital assets, against those assets or earn rewards on those assets at more favorable rates than traditional banks or cryptocurrency platforms that merely store crypto assets.

How Celsius deployed its assets

The  Company made what, in hindsight, proved to be certain poor asset deployment decisions

Assets were deployed - poorly - across the following:

In summary: arbitrage strategies, but also direct exposure to the markets. The type of activity that corresponds to what we expect from a hedge fund rather than a lender.

Celsius points to the rapid growth in assets during 2021 as the origin of its problems.

The amount of digital assets on the Company’s platform grew faster than the Company was prepared to deploy.

A challenge familiar to the investment management industry is that large inflows can affect performance negatively. Celsius never considered restricting inflows or lowering yields. Instead, it increased its sources of risk and the size of its positions.

I haven’t seen the term Cryptocalypse used elsewhere. It feels like Celsius want to blame events of a catastrophic scale. However, crypto still functions normally, despite being in a bear market.

Its etymology, however, makes it appropriate for what it reveals of Celsius's true nature.

Celsius lending activities were undercollateralized, thus the losses from 3AC.

At the same time, their borrowing activities to Tether, Aave, and Compound had appropriate collateral requirements (for the lender). Celsius had to liquidate its position with Tether at a cost of $97 million.

More millions vanished with some keys:

StakeHound, an Eth2 staking service provider, announced that it had misplaced the “keys” to over 38,000 Ethereum tokens, including 35,000 of the Company’s Ether, due to an alleged error

But it’s the trading strategies that brought Celsius down.

Let’s take the stETH position, one of the most crowded trades in crypto. Although Celsius talks about “depegging” it is not a formal peg. Instead, the two tokens are linked because they should converge when the Merge happens.

Prices will move with supply and demand but will rarely stay above 1.

In addition to the normal price discovery mechanism, there can be slippage during execution. Celsius has $467 million stuck in Staked ETH that would result in 70% slippage if traded via a Decentralized Exchange like Curve. 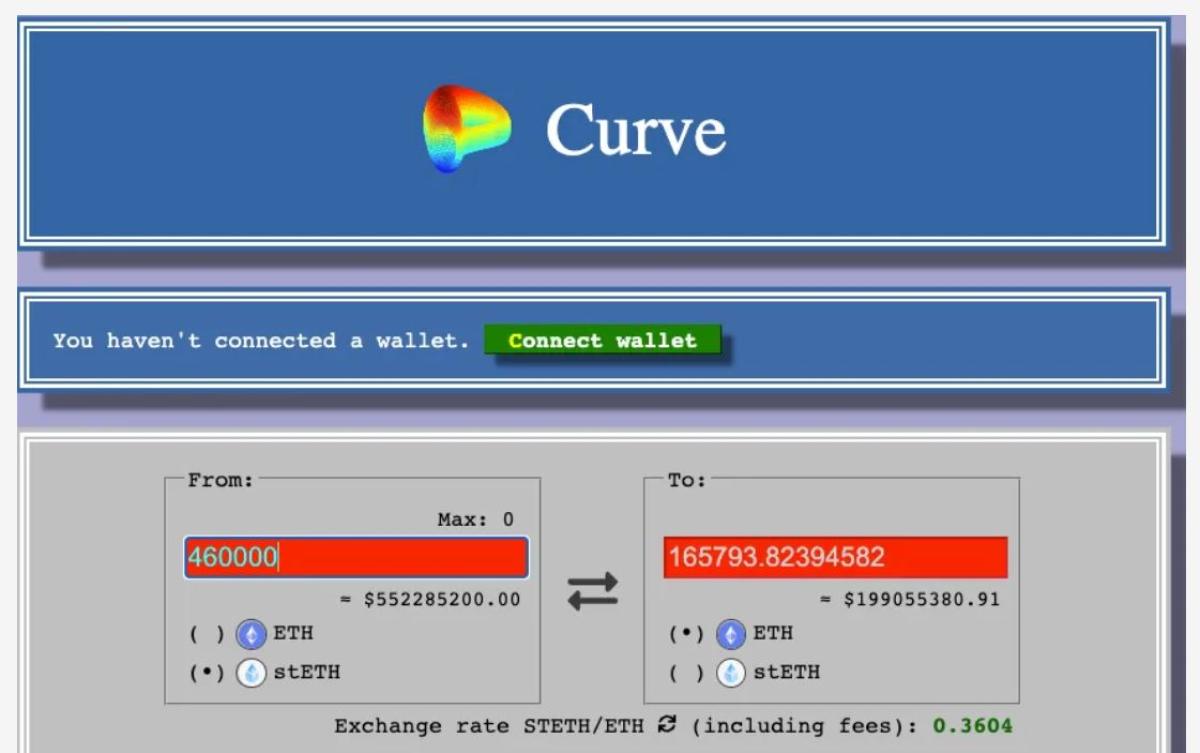 The risk was excessive and mismanaged. It was also the wrong type of risk for a “lender”.

There was a mismatch between Celsius's product (guaranteed yield) and its activities (prime brokerage, arbitrage, trading).

A better definition would be something like an investment vehicle that was seeking “absolute return” through on-chain activities while aiming at “preserving capital” without guaranteeing it.

Meanwhile in DEFI...Business as usual. 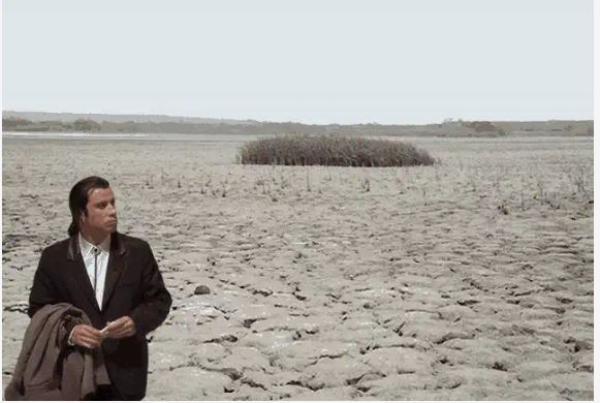 Despite market conditions, most protocols that provide sources of yield: lending, staking, and trading have continued working fine, including those where Celsius held large positions. They occurred no losses from Celsius.

The last move of Celsius before filing for bankruptcy was to repay its loans to Defi lenders Aave and Compound, avoiding any risk of liquidation and reclaiming wBTC (wrapped Bitcoin) it had used as collateral.

Due to its non-negotiable nature governed by Smart contracts, Defi lenders were better off than other lenders, including Celsius users.

It has proven its solidity as a financial system based on a different infrastructure.

And keep delivering two of the features that Celsius advocated for but did not implement.

The activity is on-chain and available for anyone to scrutinize, so there have not been nasty surprises.

DeFi protocols are non-custodial, meaning that if they collapse, then users should be able to retrieve their funds.

Conclusion: A product of our times

For a while, Celsius seems to deliver on two of its promises: Yield and Convenience.

“The beauty of what Celsius managed to do is that we deliver yield, we pay it to the people who would never be able to do it themselves, we take it from the rich, and we beat the index.”

But it always failed on the other two: Security and Transparency.

The model was fundamentally flawed, but it worked as long as the inflow of digital assets onto Celsius’ platform outpaced withdrawals.

The pitch (take it from the rich?) seems inspired by Robinhood, and the growth at all cost mentality resembles other startups “who moved fast and broke things”, but this is a model that doesn’t work when applied to personal savings.

Yet paradoxically, the failure of Celsius and its Cefi peers has been a validator for Defi. But as a link between “Tradfi” and “Defi” it has suffered a catastrophic failure.

Could the Cefi apocalypse be a revelation in which the forces of good investing triumph over evil ones? There is no prophecy, but we can imagine a better combination of Security - Transparency- Convenience and lower, more sustainable Yields than what Celsius offered.

George Aliferis, CAIA is the CEO of Orama a video and audio marketing agency specializing in fintech and the content creator behind InvestOrama, a content platform that explores the future of investing across alternative assets, Defi and technology - but without the hype. Previously, George worked as a front office professional for over a decade across derivatives, ETFs and alternative investment products in Paris, Singapore and London. He holds a Masters Degree from HEC Paris. 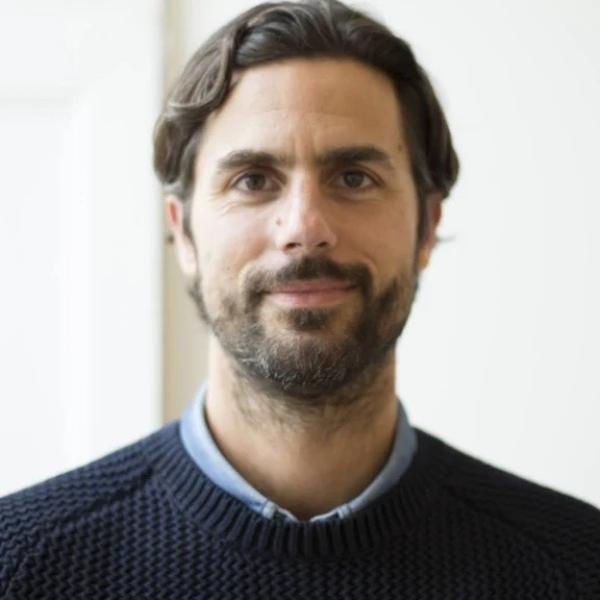