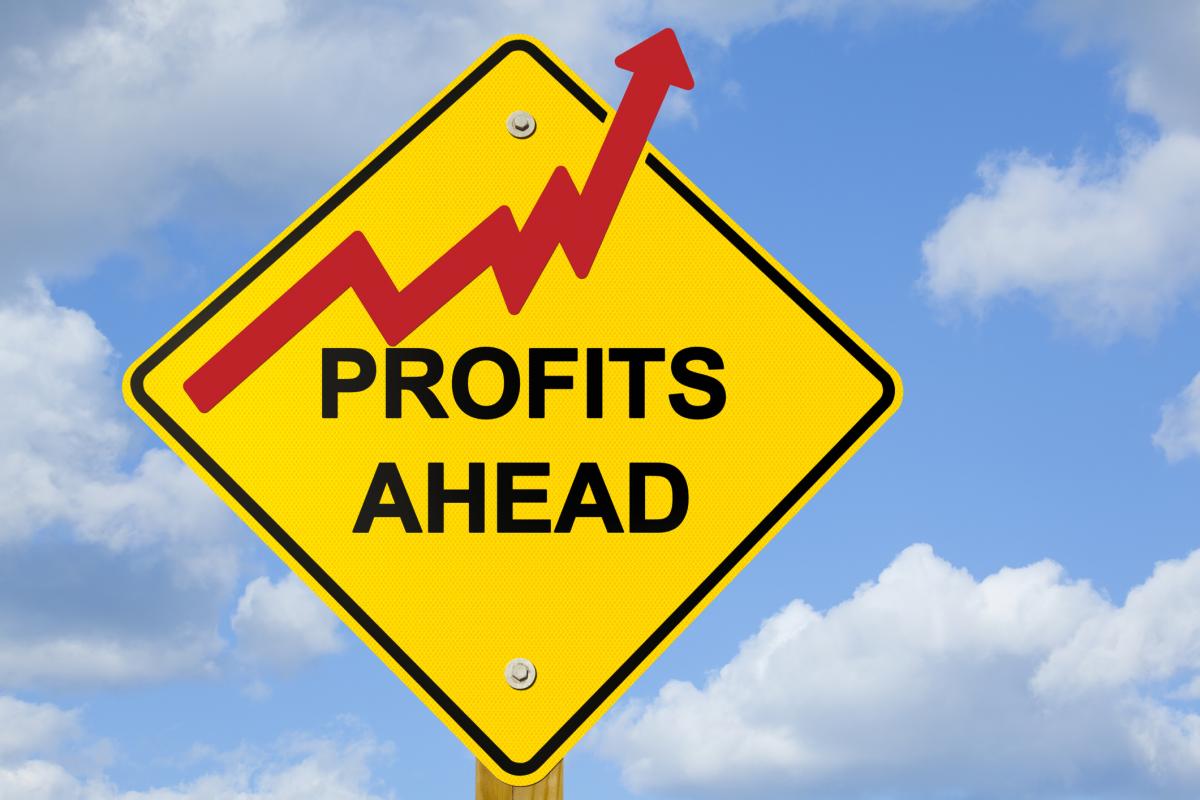 By crunching spreads, is the market expecting a rapid reversal after the hiking cycle? 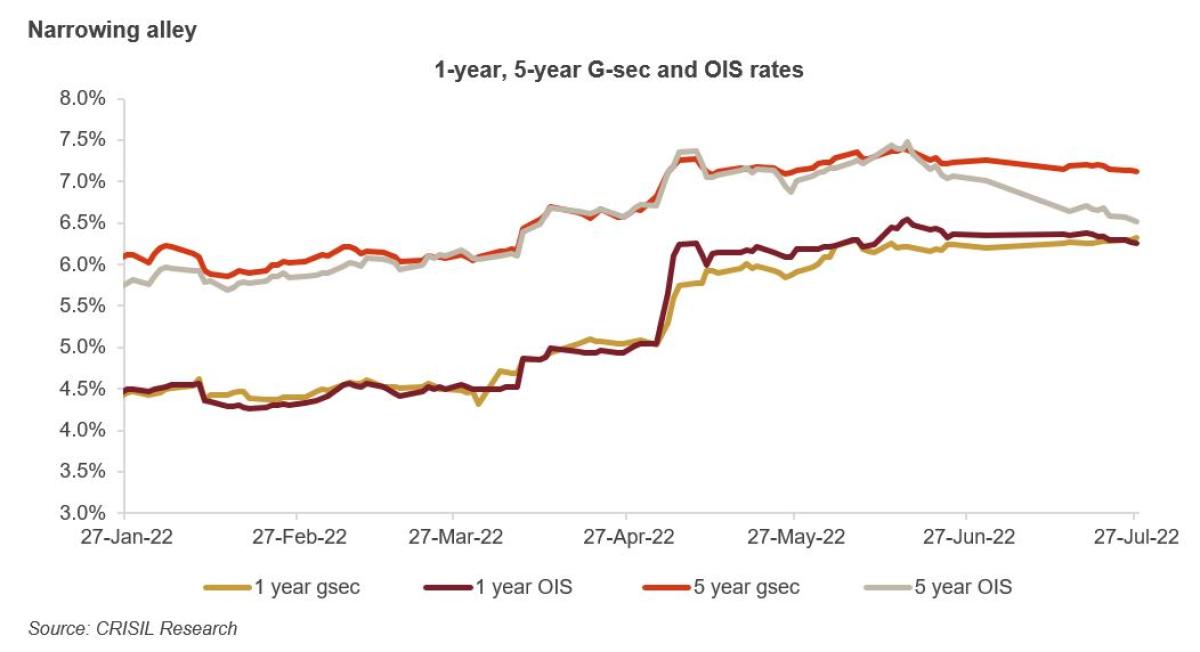 As lead indicators go, the overnight indexed swap* (OIS) is a handy one. And market mavens seem to have acquitted themselves with their rate calls of late. But more on that later.

Cut to now, and what does the ‘bull-flattening’ of the OIS curve since mid-June indicate?

It shows the market is betting the Reserve Bank of India (RBI) could cut rates faster than expected once it is done with the rate hikes.

While that may seem a stretch at present given the many moving parts, it’s worth noting that the ascent of the OIS rates since the beginning of this year was prescient. It showed traders expected the RBI to hike the repo rate faster than communicated.

A bull-flattening of the curve leads to long-term rates falling faster. On the other hand, a bear-flattening underlines expectations of further tightening, which causes short-term rates to rise faster than long-term ones. Either way, there is convergence of the short- and long-term rates.

Since the beginning of March — in the lead-up to the off-cycle Monetary Policy Committee (MPC) meet in May — the 1-year OIS rate had jumped ~70 basis points (bps), while the 5-year onshore OIS rate rose ~86 bps.

While this was dubbed a ‘surprise move’, the OIS market was, well, ahead of the curve.

Thereafter, too, and through June, OIS rates have stayed elevated, indicating the market is factoring in more, and quicker, repo rate hikes.

The market frenzy in April – after the RBI set a hawkish tone in the month’s MPC meet though it did not touch the policy rate — is apparent from these figures.

The RBI eventually did hike the rate in May, after keeping it steady for 11 consecutive sessions, as it became clear that the Russia-Ukraine war was incessantly fueling inflation pressures across the world.

Lately, however, there has been a backslide, as is evident from the FRA rate on July 18, 2022. The market seems to have dialed back expectations of the terminal policy rate to 6.36%.

The OIS curve was bear-flattened to 91 bps after the off-cycle rate hike in May, from a steep 168 bps following the introduction of the Standing Deposit Facility (SDF) rate as the new policy floor in April. The impact was, however, muted in the G-sec market.

But with US recession fears gaining ground, the curve was bull-flattened in July, with the 5-year OIS rate easing much more than the 1-year.

In the G-sec market, yields have expectedly moved in the same direction as the OIS rate, albeit to a lesser extent. That could be because yields have had to grapple with demand and supply dynamics as well as liquidity, apart from interest rate hikes.

OIS rates in India have proved to be a good bet in anticipating rate hikes and are a good reflection of the inflation situation, ahead of the bond market.

But central banks may run the risk of aggressive tightening, given that current inflationary pressures are still a supply-led phenomenon.

The US government bond yield curve between 2- and 10-year has inverted 13 basis points in July. Such inversions often portend recession, which could cause rates to slide earlier and faster.

Assuming it is successful in taming the price rise, there is a case for the repo rate to settle between 6.25% and 6.75% — and then hope that the base effect kicks in next fiscal.

Perhaps this is the reason — along with rising fears of recession — there has been a big fall in OIS rates.

While one could surmise at this juncture that the OIS rates are hinting at faster repo-rate cuts once the hiking cycle is over, the RBI has the onerous task of balancing its mandate of price stability while facilitating growth.

And therein lies the rub.

Bhushan Kedar currently leads the Fixed Income Research at CRISIL Research. He has a total work experience of over 19 years in the area of capital markets and analytics. Bhushan joined CRISIL in 2006 and has led multiple product verticals including fixed income & structured products valuations, mutual funds research, qualitative assessment for asset managers, indices and new products. 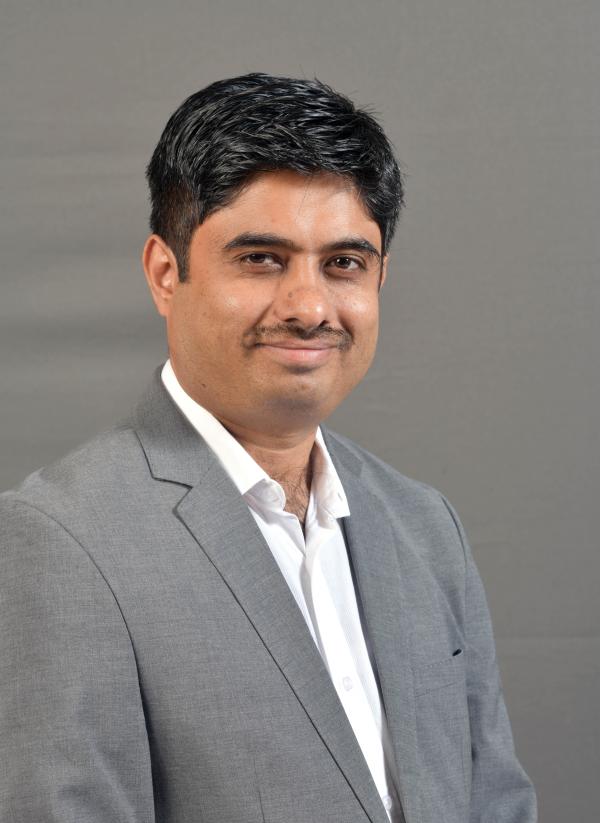 He is responsible managing the valuations and benchmarking/index business for CRISIL. The valuations are critical inputs for asset managers, corporate, offshore funds, alternate investment funds etc. CRISIL Indices are used for the performance benchmarking by MFs, Insurance cos, pension funds and PMS. Some of the key products led by him include Security level valuations for the MF industry, Debt and hybrid indices MF and Insurance industry. He is a part of working groups, formed for policy matters, at SEBI and Industry bodies.

Bhushan has driven multiple new initiatives in CRISIL in the capital market space covering regulated products. To drive these initiatives, he owns the interactions with regulators and market participants to build consensus and benchmarking policies to global best practices. His work with the firm so far has been in the areas of building analytical framework, driving governance for different quantitative and qualitative research products and services offered by CRISIL, these include Mutual Funds and Unit linked insurance products, performance attribution analysis. investment and monitoring activities of large corporate, government bodies in its treasury and retirement fund in India.

He holds a Bachelor's degree in Commerce from Mumbai University, is a Chartered Accountant, and is a Management postgraduate from NMIMS, Mumbai. Prior to CRISIL, have worked with HDFC, GE & Morgan Stanley in credit & mortgage analytics.