What About Beta? | Ride on the Magic School Bus – Going Small with ESG Data 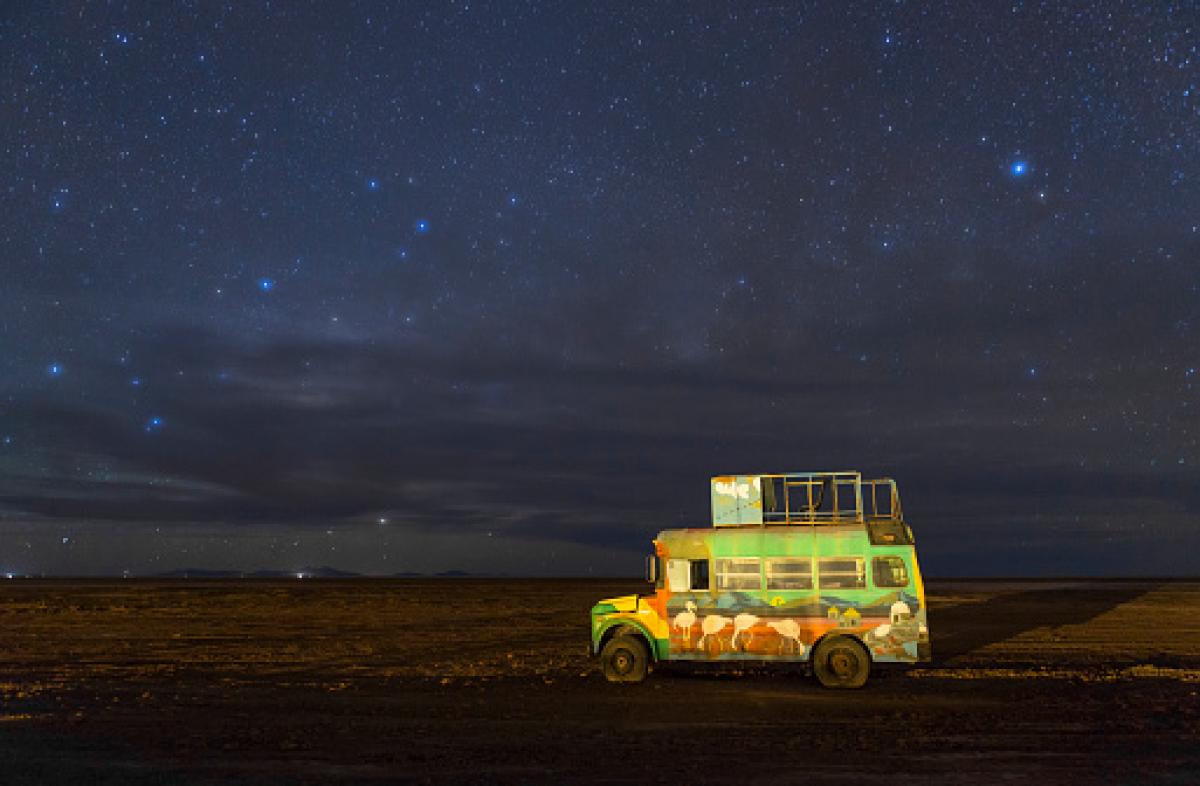 We kicked off the first session of our series on ESG in Private Markets, in partnership with Nuveen, an important topic at a time when the desire for improving societal outcomes is at an all-time high alongside a growing alternative investment market that sits near $18 trillion in AUM.

Watch the first session, “The Evolution of ESG Data,” with Jeff Cohen, CAIA of the Value Reporting Foundation, Debarshi Basu of BlackRock, and Thomas Hyldahl Filholm Kjærgaard of Velliv. The session was moderated by Tulsi Byrne of Nuveen.

For those of you who now have the theme song of The Magic School Bus stuck in your head, based on the title, I’m sorry. I, myself, have now unlocked repressed memories of this show, but I think the visual of Ms. Frizzle shrinking the class down to a microscopic level to diagnose a classmate’s alleged illness really captures the essence of the discussion that took place on ESG data.

If I could summarize the punchline, it’s this: go small or go home.

Perhaps one of the most obvious statements from the discussion was the fact that, at the end of the day, public and private companies are just that…companies. Therefore, both sets of companies face similar economic and financial risks regarding growing or protecting their enterprise value. These risks only converge further when looking at them through an industry specific lens. Therefore, both public and private companies can use frameworks and standards in a way that helps GPs and LPs make better decisions.

Of course, there are some structural differences worth noting, especially the differences in stakeholder and shareholder models. In most cases, listed companies have far more shareholders than their unlisted counterparts, and there are far more stakeholders as well. This makes sense, as most private companies operate on a much smaller scale than public companies. It probably comes as no surprise that, until recently, there’s been less pressure on private companies to disclosure ESG information…simply due to the law of small numbers!

Due to the institutional nature of private markets, it’s no surprise we have seen universal owners like endowments, pensions, and sovereign wealth funds begin to flex their influence through capital allocation on ESG-related matters. An increasing recognition that many of these issues, notably climate, have material financial implications for portfolio companies, especially upon exit. Companies that can protect or even grow their enterprise value may become more attractive on exit, through an IPO or even a strategic buyer. Now more than ever, investors can make a link between ESG issues that will impact the company’s financial materiality while simultaneously delivering impact.

Be careful what you wish for: too much of a good thing

“We have a task at demonstrating that our investments support societies. When we talk about data in 2008, it was always an exclusion game. When the ESG wave came in 2010, 2011, and 2012, we began to use ESG related data that gave us insights into the risks of the company. Nowadays, data is also focused on measuring the societal outcome of a business activity.”

Predicting the direction of markets is a difficult task, but the tools and data available to investors is growing at a rapid rate and the accuracy of data is improving. That said, we’ve seemingly reached a point where there’s more data than what’s necessary to make an informed decision.

If the struggle of the past was getting access to high quality data, the struggle of today is the lack of standardization of the volumes of data that sit at our fingertips. Some classification systems, such as the European Commission’s EU Taxonomy, have attempted to tackle this large issue and have been a driving force for the rest of the world. However, different sectors have different issues, and the world still hasn’t quite figured out how to dig into the underlying issues of each industry across borders.

Back in 2012, 90% of the world’s data was generated in the previous two years. Today, we create 2.5 quintillion data bytes per day (1.7 megabytes per second). Data is everywhere, but is it all useful?

One of the important distinctions we can make, as investors, is the role of data in our decision-making process. In most cases, data is merely an input and should inform the decisions we make. While the world’s ESG data may not be 2.5 quintillion data bytes, most of the ESG data available today was likely created in the last five years. Data is not the holy grail, it’s not the endpoint, it’s merely part of the process.

With this mental framework in mind, we shouldn’t be concerned about available data in private markets to get started on incorporating ESG issues. By waiting, perhaps we complicate the process when asked to prove what we are doing, a valid point provided by Kjærgaard, but we can still be purpose-driven without data in the meantime.

Data is still lacking in the public markets. For public markets, Basu noted that, while company disclosures have improved, he mostly relies on unstructured data, such as natural language processing, to fill in the gap on social issues like culture. Culture is important and material, but the measurement of it is very difficult. Even some of the structured data is lacking. Environmental and governance issues can often be quantified and standardized, but gaps remain in different regions, either through omissions or alternative measurements.

“If there’s one thing we can leave behind in the public markets, it’s the overreliance on ESG ratings”

One of the most discussed ESG topics in public markets is the wide dispersion in, yet overreliance on, ratings providers. As the discussion evolved, we discovered that, perhaps, investors are over reliant on the headline-level ratings, despite most of the important and material information being in the granular issues that ultimate bubble to the top.

At the end of the decision-making process, it’s ultimately the economic connection and financial materiality that matters. Adopting a more granular focus and magnifying the unique subcomponents is likely the way to go, and perhaps should be adopted in the private markets from the onset. In fact, most asset owners have different rationales for paying attention to ESG, such as a single issue like climate. By combining everything together into one rating, we perhaps miss the point of what’s material, which distracts us from what’s most important. According to a recent white paper from Engine No. 1, there are now more than 230 corporate sustainability initiatives and twenty different reporting schemes for employee health and safety alone. In a world where we have more data than we can handle, it might be time to simplify.

Basu notes that, in fact, the correlation across ratings providers increases when subcomponents are shared, making them more useful to investors who are willing to, dare I say, think small. Therefore, focusing on where these providers agree might be a more prudent approach. On the other hand, Kjærgaard welcomes the diversity of approaches with data providers, as well as asset managers. “There is actually strength in diversity of how people work with data. It’s important for us to see how the approaches differ.” In other words, maybe we’re still early in this game, so it’s good to hear the different perspectives until things mature.

“Would it be fair to say that more data can only help us understand environmental and social outcomes related to our investments and the SDGs can provide a communication tool for those outcomes?”

As ESG has grown in prominence, both for LPs seeking to influence and improve societal outcomes and asset managers attempting to meet those demands, it’s no surprise that the issue of greenwashing is rampant in public markets. To the earlier discussion on the role of data, simply having more of it doesn’t necessarily solve the problem. At its core, greenwashing is the divergence of intention and outcome, something data can help mitigate if executed properly.

One of the topics discussed was the role of the UN’s Sustainable Development Goals (SDGs) in managing a sustainable portfolio. But the way asset managers best align themselves to the outcomes SDGs may not be as simple as one might suggest. In fact, according to Cohen, SDGs are ripe for greenwashing due to the high level nature of the 17 goals, some of which are not even investible themes. From a due diligence standpoint, investors should be wary of a manager who claims to be aligned with all 17, as its most likely impossible.

However, in line with this discussion’s theme of granularity, there are 169 targets beneath the 17 SDGs, all of which carry indicators attached to them. By focusing on some of these targets, a manager better demonstrates their commitment to the SDGs than if they simply focus on the first-order goals.

As an allocator, Kjærgaard took a similar stance and even added the difficulties of allocating capital based on SDG themes due to their inherent time horizons. SDGs were launched in 2015, with ten-years to go. For a long-term capital pool that must focus even longer, it may not be as feasible to invest explicitly to align with those goals simple due to the mismatch in time horizons.

At the end of this discussion, everyone was fairly optimistic on the direction of ESG adoption. In essence, ESG is a top-down strategy that requires strong bottom-up implementation. To move beyond lip service and jump start adoption in private markets requires moving beyond higher-order abstractions and focusing on the details. Now that we’ve established the ideology and the framework, let’s take chances, make mistakes, and get messy!