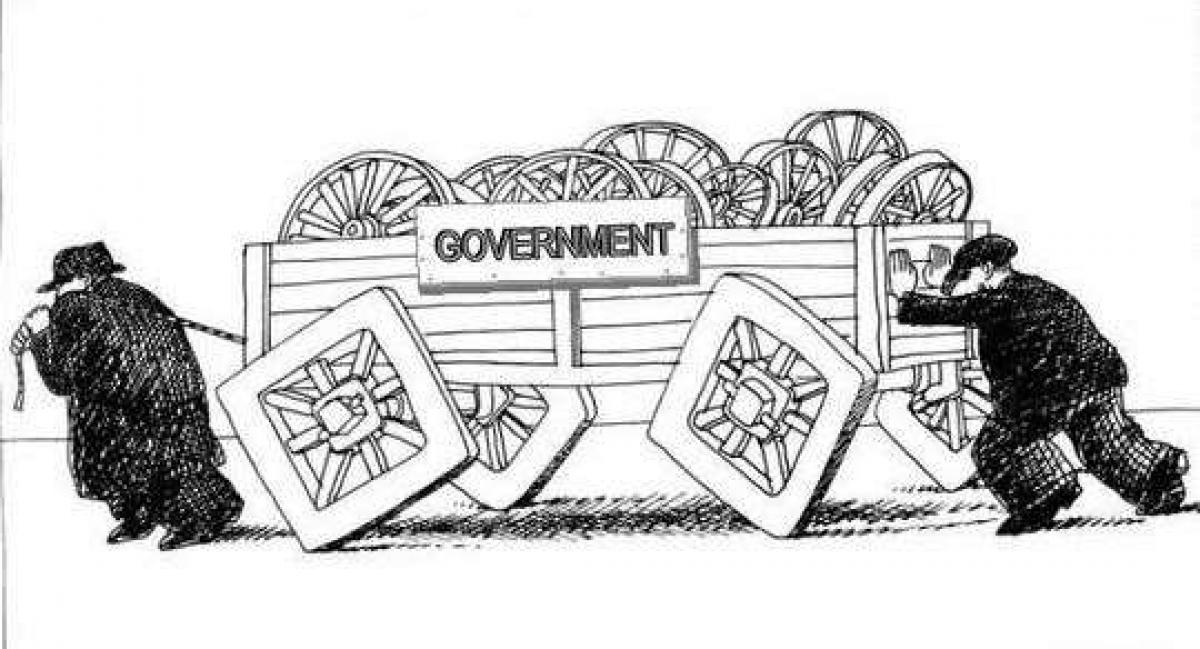 In the good old days of bound books, a dictionary and thesaurus were de rigueur desktop accessories, no matter your stock-in-trade. It is hard to argue with the modern-day convenience of a Siri or Alexa who can define that certain word, or produce the ideal synonym, on-demand. The over-50 crowd, however, might remember and even lament the lost art of searching for the meaning of a word; when found, it was often accompanied by a descriptive picture that rendered the defining words to follow almost superfluous.

If you found one of those dusty tomes today, what might that picture be if you looked up the word “inefficient”? Government, the registry of motor vehicles, health care, and maybe any airport outside of Asia could be contenders for that thumbnail shot. In short, nothing effective or capable would ever come to mind, unless perhaps you are talking about the search for alpha in the global capital markets.

The 2017 Yale Endowment Annual Report was released this week and it is a great and very informative read for investors of all stripes. One of the most interesting take-aways is the definition for alternative investments: “active management of inefficiently priced assets.” There goes that word again, but here it is used as a modifier for action and opportunity, and it has certainly served Yale very well. Their 20-year performance of 12.1% has almost lapped the 60/40 benchmark, which clocked in at a more sedentary 6.9% per annum.

Yale’s asset mix over the last five years indicates a consistently low average allocation to domestic equities and bonds, where both have seen only about a 4% weighting. The vast majority of the $27.2 billion endowment can be found in absolute return strategies, including: real estate, leveraged buyouts, venture capital and foreign equities. In addition to exploiting market inefficiencies, Yale believes in asset classes that can deliver equity-like returns, and the concept of portfolio diversification speaks for itself. If that’s not enough, they also challenge the conventional wisdom of a certain Oracle who was not only a previous subject of this column (A Rhetorical Oracle?), but has also been a relentless antagonist for double-digit basis-point fees, and virtually every asset class other than US equities wrapped inside an S&P 500 Index fund.

The Yale endowment eschews “targets” for alternative investment allocations and makes a very sound case for net returns meaning a lot more than the simple headline-grabbing, gross fees. CIO David Swensen et al. believe in a very long investment horizon demonstrated most clearly by the average 13-year relationship with their external managers. This is rarified air for an outside manager, but the annual report encourages all to apply, and the investment office reviews and tracks every inbound solicitation from prospective managers; they have even created a separate email portal encouraging all to apply. The acceptance rate is likely even more harsh than the reality recently experienced by the Freshman Class of 2022, but then again this is the base case for detailed due diligence around expected long-term success.

Most telling, the annual report posits the thought about the vast resources of a Yale versus the more average sized investor, and their ability to implement such a plan. Unwilling (see CAIA's Endowment Investable Index) and Unable would not be synonyms in the dusty thesaurus, and you might want to think about where you would likely find your smiling visage in the Oxford Dictionary, as you ponder your own asset allocation plan.

Seek diversification, education and know your risk tolerance. Investing is for the long-term.